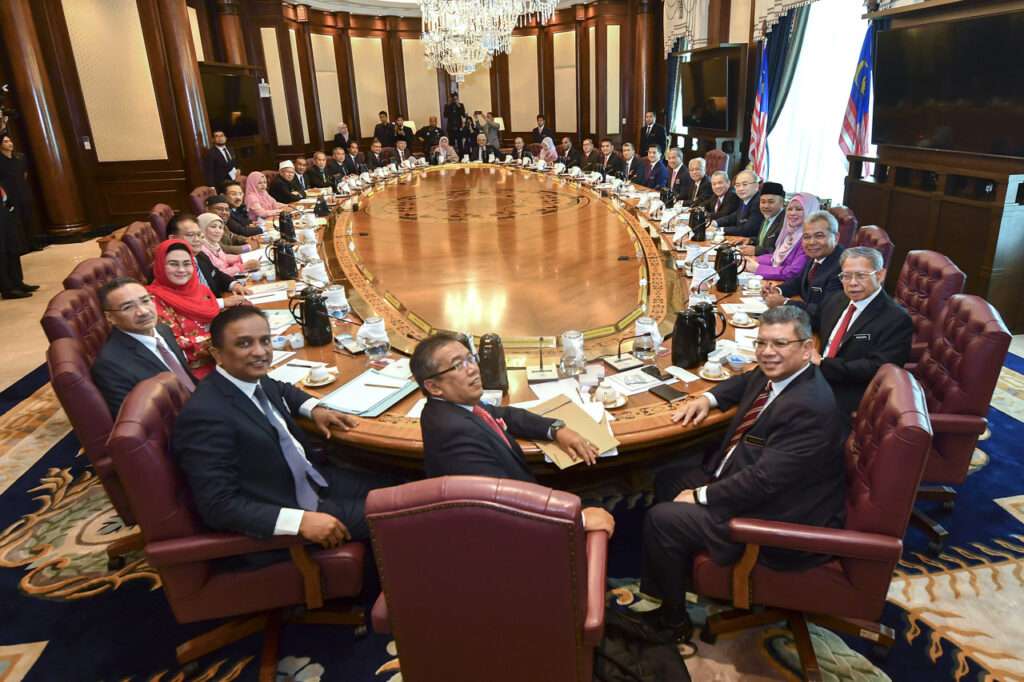 Fear is the most important factor underlining the choices of Tan Sri Muhyiddin Yassin’s cabinet. The Prime Minister is fearful of his own team members, some of whom were his fellow plotters that brought down the Pakatan Harapan government recently.

Muhyiddin is so fearful of Azmin Ali that the former PKR deputy president is not given any senior position, either at the Ministry of Economic Affairs (MEA) or Ministry of Finance (MOF) which I heard he had been craving for quite some time.

Azmin is now demoted to Minister of International Trade and Industry (MITI). Whereas under the Pakatan government, he was in charge of the all-powerful MEA.

I am quite sure Azmin is now a disappointed man after spending more than a year as the prime mover of the recent political coup. His supporters too would have wanted him to be handsomely rewarded.

It was Tun Dr Mahathir Mohamad who created the MEA for Azmin to reduce the size and involvement of the Prime Minister’s Department (PMD) in the economy. It was done by transferring all the economic functions of PMD to MEA, particularly the Economic Planning Unit (EPU).

Under Muhyiddin’s team, despite being named as a “senior minister”, Azmin is now merely handling a junior portfolio, at least compared to his previous MEA.

Economics Affairs portfolio is now reverted to PMD. For MOF, he appointed a technocrat to handle the Finance portfolio, thus avoiding meddling from other senior politicians in his Cabinet.

This means the Prime Minister is the de facto Finance Minister.

Muhyiddin now has also full control over Development Expenditure, especially when the Government is due to present the 12th Malaysia Plan for 2021-2025.

Senior leaders such as Hishammuddin Hussein who was rumoured to be Deputy Prime Minister (DPM) is also relegated to a relatively less important ministry. In fact, for now Muhyiddin does not have a DPM.

This is a disservice to the nation. The need to appoint a DPM is to ensure that in any unforeseen circumstances there is a designated replacement until the Parliament confirms a successor that commands the majority.

A house divided is hard to hold. A house divided five ways – a loose coalition of Bersatu, Azmin’s faction, GPS, PAS and UMNO – is even harder to hold.

This is Muhyiddin’s cabinet of fear. He knows the sword of Damocles hangs over him. Hence, he has to control the Finance and Economic affairs portfolios – a very powerful tool to help him hang on to power.