War on Covid-19: Step Up for a Whole-of-Government Effort 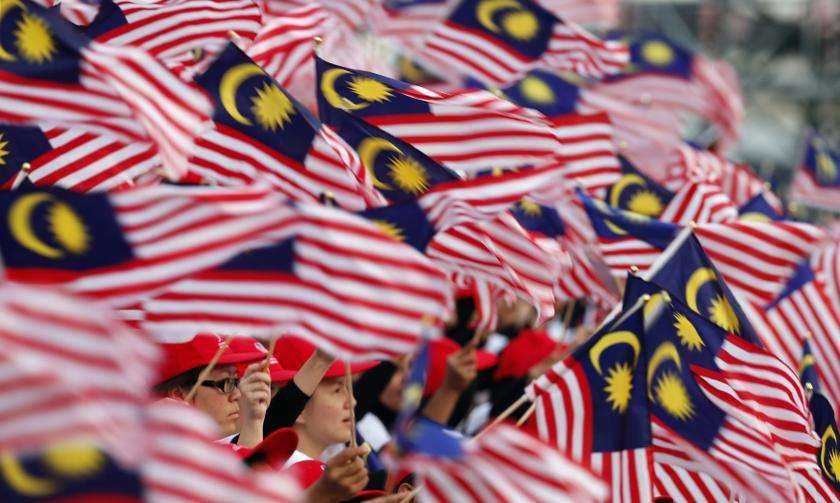 Until a vaccine is found and effectively deployed, which experts claim would be between 12 and 18 months away, the war on Covid-19 is going to be a long haul.  As a nation that has not seen major conflicts since the Hatyai Peace Accords of 1989, Malaysia’s institutions are being tested like never before.

While the movement control order (MCO) extension – at great cost to the economy – does buy us more time, there is a need to nudge everyone out of complacency and get into thinking and operating a whole-of-government effort for us to truly win this Covid-19 war. More needs to be done.

When we were drafting the Defence White Paper, in almost each of the meetings I attended as the then Deputy Defence Minister, my usual refrain is that if an entity were to attack Malaysia, it would not distinguish whether the defending force comes from the Army, Navy or Air Force. Neither would they differentiate between Police, the Malaysian Maritime Enforcement Agency, Customs, Immigration or any other uniformed bodies. COVID-19 is similarly indiscriminate. In that similar vein, we too as a nation must get our acts together.

During the First Emergency (1948-1960) and Second Emergency (1968-1989), the British and Malayan/Malaysian authorities were known globally for their holistic inter-agency effort that proved critical in supporting the ultimate goal of defeating the Communists.

KESBAN (Keselamatan and Pembangunan – Security and Development) was a concept developed by the then Prime Minister Tun Razak Hussein as a national security strategy during the Second Emergency, which was underpinned by combining political and economic development with military operations to defeat the second Communist insurgency.

The concept of “total defence” (HANRUH), which was mooted in 1986, has become little more than a hollow talking point during our 30 years of peace. The idea was re-iterated in the nation’s first-ever Defence White Paper presented to Parliament by former Defence Minister Mohamad Sabu.

These lessons in history and the urgency and magnitude of the Covid-19 crisis should guide our institutions into thinking more holistically.

When the MCO was first decided upon, it was announced that the Majlis Keselamatan Negara (MKN – National Security Council) would be the main coordinating body. Traditionally, MKN has functioned primarily as a secretariat run by civil servants rather than a proactive security nerve centre linking all security agencies to the top on daily and even hourly basis. The MKN Council Special Meeting (Sidang Khas), chaired by the Prime Minister, also previously only met once every three months.

Such a body should not just assemble intelligence and information on threats but use such information to form preventive and pre-emptive policy options so as to defeat or otherwise mitigate the consequences of such threats.

During MCO, what should have happened is that there should be a single war room chaired by the Prime Minister on a daily basis to preside over real-time data. Here, it is all the more important that the Health Ministry be present as a semi-permanent member until the end of the Covid-19 crisis, since the most relevant data regarding the threat comes from health frontliners.

Health Director-General Dato Dr. Noor Hisham Abdullah has been leading a commendable and admirable fight against Covid-19. Kudos to him and to the hundreds of thousands of health frontliners for their tireless efforts and sacrifices.

The role of private and public hospitals

But at the policy level, there is a need to rope in the private hospitals and our ubiquitously available private clinics either to fight Covid-19 or to deal with other illnesses in a more extensive manner. It is ironic that, according to The Edge Financial Daily, private hospitals are now less busy as foreign patients are not permitted to come while Malaysian patients avoid hospitals.

In our distorted health privatisation model, 70 percent of medical resources are in private hospitals with 30 percent patient load while the public sector is the reverse. Yet, most private hospitals are owned by government-linked corporations one way or the other.

In a time of a protracted crisis, we need the involvement of every trained medical personnel to go to the frontline of fighting Covid-19, or otherwise relieve the pressure on Covid-19 frontliners by dealing with all other diseases.

From our observations, we still need to surge the numbers and capacities of our healthcare frontliners, as well equipment at hospitals, in this long-haul war on Covid-19. We need to do more tests, and thereafter to trace and isolate; we need to ensure that all hospitals and frontliners are equipped with sufficient PPE; we need to ensure that the ICUs are secured, and ventilators are of sufficient stock.

Furthermore, there must be more communication with the tactical layers of the response on the basic health scientific principles behind driving down the R-nought. This is to ensure that frontliners, especially from the uniformed services, understand the logic of what they are doing so that they do not unintentionally make matters worse.

Security approach must not forget the health objective

The security apparatus, particularly the police, seems to conceive the MCO as a security curfew, which is not entirely wrong, but the method of execution still leaves much to be desired. Many violators were arrested and in the initial period, many of those arrested were put into lockup without much social distancing, thus defeating the very purpose of imposing the lockdown.

And exacerbating the situation further is that some of the violators were charged and sentenced to rather long periods of prison terms. We should keep in mind that pre-Covid-19, overcrowding was already a major concern for Malaysia’s prison system. Throwing people into crowded prison facilities contradicts the very principles of social distancing.

This is corroborated by the views expressed by the Prison Department’s Director-General, Datuk Seri Zulkifli Omar who noted that it was “impossible” to mandate social distancing in prisons due to overcrowding. Similarly, Chief Justice Tengku Maimun told judicial officers to take into consideration the risk of spreading the virus when producing sentences for offenders. Such a common sense approach is welcome, but it should have been mandated from the very top to begin with.

The point is, ultimately, the objective of MCO is to educate the public the need to stay home in order to flatten the curve, to get them to understand and practice social distancing, to wash hand regularly, to use sanitiser, and to wear masks. The security apparatus needs to always keep in mind the higher policy objective of enforcing social distancing, not just to implement security curfew.

Beyond patrolling: the role of our Armed Forces

The greater involvement of the Malaysian Armed Forces (MAF) beyond just patrolling is increasingly seen in recent days, which is encouraging. The Health Service of the Malaysian Army has been actively supplementing civilian doctors and hospitals by supporting screening efforts at airports and by establishing additional bed capacity at quarantine centers.

Meanwhile, the Royal Malaysian Air Force (RMAF) has mustered both heavy strategic lift planes and medium lift helicopters to quickly ferry medical and food supplies between East and West Malaysia, and to reach out to remote areas. The Army has similarly provided significant logistical capacity to help distribute aid, particularly to areas under enhanced MCO measures.

More of the Armed Forces’ capabilities should be tapped. There must be an understanding by the government that beyond patrolling, the Armed Forces also possesses some of the finest minds who are trained and exposed internationally when it comes to disaster relief scenario planning and strategic planning.

A partial lockdown is an economic price we pay to secure the health of the people and to ensure that our health system doesn’t collapse. That is a well understood trade-off. But we could have avoided the impact on the food supply chain.

The dumping of vegetables from the Cameron Highlands was an egregious wastage directly caused by ineffective cross-agency communication. At the same time, this crisis would appear to be the best opportunity to evolve our e-commerce sector.

We could have also built a war-time production capacity of medical supply over the past four weeks, which the Government should embark on over the coming weeks. The Government could have done so much more for the businesses to save jobs.

The United States lost an unprecedented 16 million jobs in three weeks. The Government will have to think through its economic strategies quickly, taking into consideration health and security perspectives at once. It is likely that a lot of the orthodox thinking that structured our understanding of the economy will have to be changed in favour of bolder approaches. Only when we are prepared to throw away the textbook that we could find new pathways ahead.

The need for efficient coordination

The initial decision to exclude non-governmental organizations (NGOs) and civil society organizations (CSOs) in the aid distribution programme directly contradicts the whole-of-government and whole-of-society approach that is so necessary in this crisis. The centralisation of the aid distribution program under the Welfare Department will just mean the Welfare Department would be overwhelmed while some people would just starve.

The experience and knowledge brought by NGOs and CSOs would prove to be highly instrumental in supporting the aid programme because activists from this group have intimate knowledge of the affected population.

Malaysia and the world are just at the beginning of this war on Covid-19. The challenges won’t go away. More will come. We need a whole-of-government approach more than ever. It’s time to break the silos within the government and get our acts together as soon as we can.

The left hand of the government must know what the right hand is doing and to work in sync to save lives and save the economy for all.