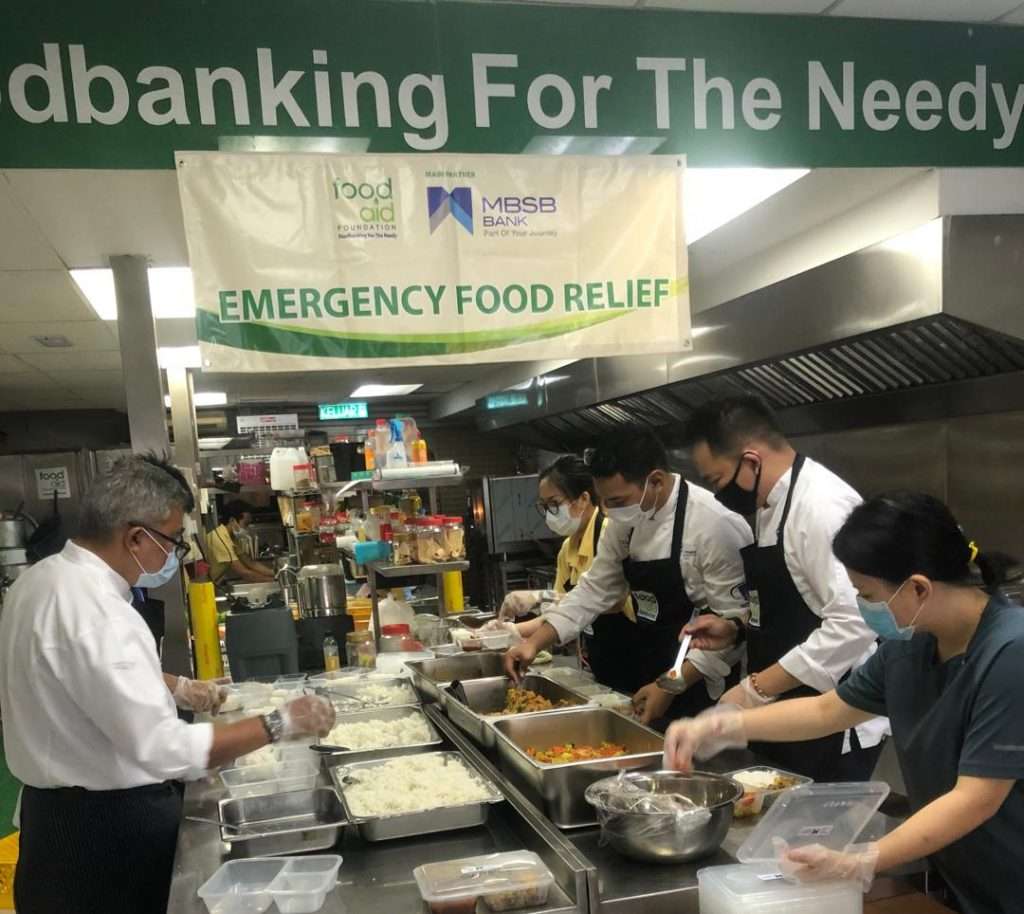 I applaud Tan Sri Muhyiddin Yassin for adopting the #kitajagakita framing we advocated in his speech on 10th April. He also adopted the word “new normal”, a welcoming sign from the Prime Minister that he comprehends our world would not remain the same again, even after the end of lockdown.

But here’s the harder part: how is the Prime Minister going to ensure that his entire government understands the magnitude of the crisis we face and bring forth the collaborative energy of all Malaysians to enter the next phase?

In a globally viralled article published in medium.com on 20th March, “The Hammer and The Dance”, Tomas Pueyo explained why “the hammer” – a harsh and stringent suppression strategy (such as Movement Control Order in Malaysia) – has to be adopted for 3 to 7 weeks to flatten the curve.

But the hard approach, which comes with huge economic costs to the societies, can only last for a short period of time. The MCO cannot go on forever.

After the hammer, strict compliance from the public under surveillance by security forces should not be the main tune. It is about getting everyone to “dance” in sync voluntarily. Now we need a whole-of-society approach, apart from the whole-of-government approach that I have been stressing.

We need to start doing it now. The more we know it is a shared societal effort the better it is for Malaysia as we embark on the prolonged dance period after the hammer – at least until a vaccine is found which can be up to 18 months, which in itself is an optimistic timeline.

First, solidarity with the vulnerable/#kitajagakita

We are only as strong as the weakest links among us. Covid-19 is an equalizer. Whether you are rich or poor, Prime Minister or ordinary folks, no one has full immunity. We will need everyone to understand that we must ensure the weakest among us get fed, shelters with social distance, and basic health care to prevent them from being infected and spreading the virus.

We need to do more for

We also want to beware of increasing mental health cases as well as domestic violence incidents due to stress from economic dislocations such as job losses. Therefore, we need to ensure that everyone is healthy, physically and mentally.

We need to empower NGOs and community opinion leaders who are well-respected in the communities. Can ustazs and local surau imams help in guiding the congregation on social distancing? The same goes to local religious leaders of other faiths. Village heads and retired teachers can also help. Have the authorities empowered them with facts? And, with face masks, sanitizers, and other tools?

How to harness the energy of NGOs and community leaders in providing food and emotional support for older persons in the villages and smaller towns whose children and grandchildren are living in the major cities? Of course, all these have to be done with clear social distancing.

About 78% Malaysians are living in the urban areas, and 70 percent of Malays are urban dwellers. The urban folks are struggling. Health concerns may prevent them from returning to their villages even after the strict MCO period as they may spread the virus to older family members. Who do we enlist to help?

In the urban areas, how to handle social distancing in lifts in condominiums, apartments and crowded low-cost flats? As Prime Minister Muhyiddin indicated, the schools would probably open very much later. When the nation returns to work, but the schools are yet to open, who would help the working parents to look after their kids?

The government is not able to do everything. The public must be enlisted to help in a systematic and thoughtful way, as early as possible.

Every trade and industry have its peculiarity. We need coffee shop owners, warung traders and restauranteurs to work out what’s the best practices for social distancing arrangement. What are the social distancing arrangements for a construction site? How about factory floor in a previously crowded garment factory? Do we need thermometers at every entry? How to handle workers at chicken and eggs farms which are enclosed with air conditioning? And, in all sorts of circumstances and all types of businesses.

We need to start consulting the public transport providers how they would prefer to do social distancing. They will probably advise us that the long-distance buses would need subsidy from the government for a while so that they can take half the number of passengers they used to take.

If you talk to the LRT or MRT operators, they may say the government should ask the offices to have five or six shifts instead of one shift when everyone rush to reach the offices before 9a.m. May be some people should go to work at 12 noon instead. Having five or six different shifts plus some workers working from home regularly could also solve part of the traffic congestion at peak hours in major cities and to reduce the exposure to infection risks.

This is the time for massive promotion of e-wallet, e-commerce, e-learning and work from home even post-MCO. In terms of tracking and tracing, China, Korea, Singapore, and Taiwan, have very interesting experiments. Of course, the question of data privacy must also be handled delicately.

The Government must lead with vision and provides policy framework and incentives for corporations and community technologies to emerge and flourish.  Technologies won’t work without people. The more we empower the community to take part in the societal wide experiment, the better outcomes we would see in time to come.

Malaysia is not just made of Perikatan Nasional which the Prime Minister acknowledged that did not win the general election in 2018. It’s time that Muhyiddin leads the entire cabinet by example to stop playing petty politics and show leadership in a bipartisan fashion.

He should summon Parliament to build bipartisan support for the fight against Covid-19. In crisis, leadership matters. It is about life and death.

As a non-unitary state, Malaysia has state governments, and local governments are part of state authorities, as designed by the Local Government Act, 1976. Regardless of the political inclinations of the state governments, more responsibilities and roles should be devolved to the states as possible.

The states can do more to tailor-make measures to improve local economic conditions. The local authorities know which barber shops are on which streets, and how best to handle them. Not everything has to be approved at the federal level, as long as the national guidelines are sensible and clear.

We need every level of government to take responsibility as the cost of not doing so is huge. For instance, we need the local councils to ensure that drains are not clogged up and dengue cases would not rise to flood the hospitals.

Rooms for improvement of the Government’s response

The sooner we get the five-point agenda right, the better for all of us. However, we need to acknowledge three major weaknesses in the Government’s approach at the moment. I hope the Government take these comments in good faith and take them seriously, too.

1. There are too many silos in the government

The left hand of the Government doesn’t seem to know what the right hand is doing. A case in point is “the barber bungle”. The economic team should just run through all their plans with health, after all, we are fighting primarily a health battle. I have also repeatedly called for Health to be included in the National Security Council as a semi-permanent member until the end of Covid-19 crisis.

A whole-of-government approach is badly needed. Ministers and secretaries-general of respective ministry (KSUs) must talk to each other, at least in WhatsApp groups. The Prime Minister must chair a single war room in a more hands-on manner.

Let’s accept that even in a normal time, the government doesn’t necessarily know best, and federal government may even be too distant from the ground. We are now in extraordinary times. All energies of the society must be tapped into.

Attempting to ban NGOs from distributing food was a case in point. Playing politics with food aid by denying Pakatan Harapan MPs the promised opportunities to submit list of welfare recipients in some states is another example.

The crash of Ministry of International Trade and Industry’s website from the flood of applications to re-open during MCO despite ample warning from former Deputy MITI Minister Ong Kian Ming and Pakatan Harapan is another example. The (federal) government knows best attitude has to be discarded and the society has to be bought in to help and do this noble effort together.

3. Government is not bold enough

In areas which require huge political will and bold moves, we have yet seen the government’s energy. There is a need for war-time production of medical supplies with industrial policy. The push is not visible as yet. Those entrusted with labour have not been seen coming to forefront on how to keep jobs and how to help provide for those who just lost their jobs.

Time for the government to buck up and time to adopt a whole-of-society approach so to get everyone to dance in sync into the new normal.

Previous PostWar on Covid-19: Step Up for a Whole-of-Government Effort
Next PostKeep our prisons free from COVID-19, for everyone’s sake