As the Old Order Grinds to a Halt, Malaysia Must Refocus on Creating Jobs Again 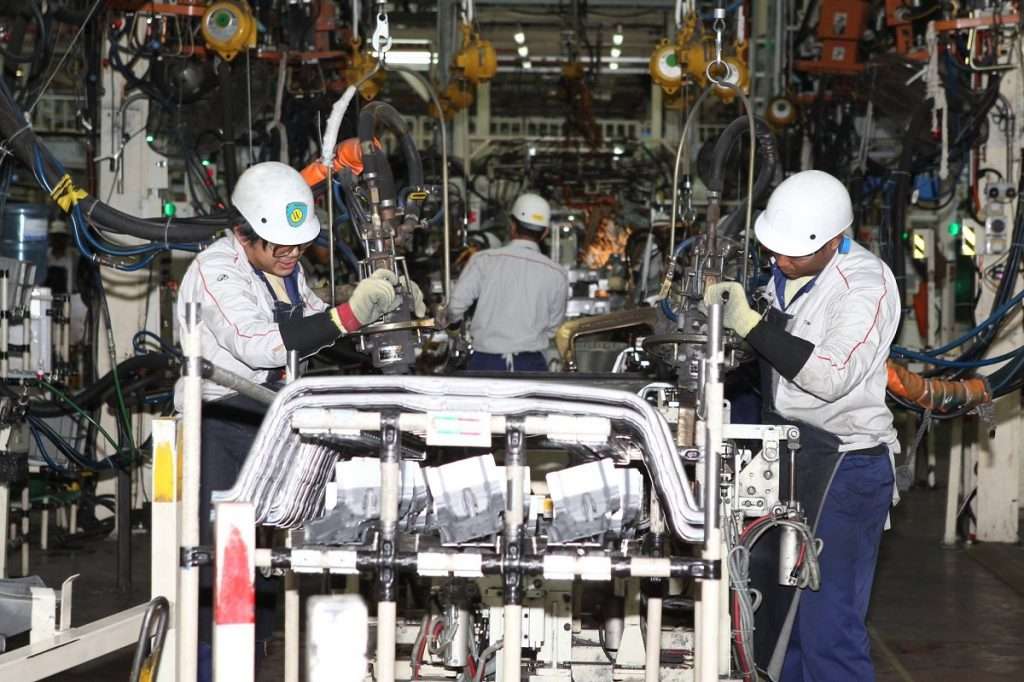 Labour Day 2020 is not just another bank holiday, the way we have come to think of 1st May in recent decades. With the Covid-19 pandemic pushing the world into a global economic crisis, there is today a painful awareness that having a job is crucial to our well-being.

For at least 30 years now, ever since the end of the Cold War, the world, including Malaysia, has disregarded the centrality of job creation in economic planning. It was as if the fall of the Left weakened unionism to the extent that creating jobs was no longer a governmental concern.

Two decades before the 1990s, in the early 1970s when Tun Razak Hussein and Lee Kuan Yew were Prime Ministers of Malaysia and Singapore respectively, two major concerns occupied the minds of leaders of the time.

First, they were worried about the Cold War and its geopolitical consequences, as well as the domestic threat of communism. Southeast Asian governments were particularly worried about militancy among domestic left-wing groups. China was still keen on exporting revolution under Mao Zedong and the Vietnam War was the Cold War’s hot front in the region.

Second, unemployment had been a huge problem for post-colonial governments since the second half of 1960s. The political uncertainties of the 1960s were aggravated by the post-war baby boomers entering adulthood and seeking employment. When Singapore left Malaysia in 1965, the unemployment rate was 14 percent and when Tun Lim Chong Eu won the election of Penang in 1969, the unemployment rate there was 17 percent.

The communist threat and the demand for jobs were intertwined. The lack of employment increased the threat of societal strife. Conversely, more and better jobs mean more secure governments.

Together with Hong Kong, Taiwan and South Korea, the pressure to create jobs in Malaysia and Singapore were fortuitously met with the wave of outsourcing from the First World, particularly the United States, which began in the 1960s. This was due to increased labour costs as well as the heightened expectations of baby boomers in the West for better pay and more sophisticated jobs.

To a large extent, the initial outsourcing exercise saw jobs that were elementary and non-sophisticated move from the United States and Western Europe to East Asia and Southeast Asia. Millions of manufacturing jobs that paid better were created in the latter regions. It was a good deal for both sides.

East Asia and Southeast Asian states were able to turn excess labour force into demographic dividends through foreign direct investment (FDI) coming in to manufacture goods for export back to the United States and Western Europe.

The phenomenon was depicted as the flying geese model – with Japan as the leading goose, followed in pretty formation by East Asian and South East Asian economies producing massively for the West.

By the 1980s, East Asian economies, particularly Japan, were more efficient in production than the United States, which led to the latter forcing a currency appreciation of the Japanese yen through the Plaza Accord of 1985.

As the yen appreciated, the Japanese economy was flush with money that hence went into a property bubble since industrial production had become comparatively expensive. Firms from Japan, Korea and Taiwan rushed to invest in Southeast Asia in the late 1980s, and Malaysia benefited hugely from that wave of Asian foreign investments.

A businessman in Johor once shared with me his experience of those times. He had graduated from a Taiwanese university in civil engineering in 1989 and was asked to station himself in southern China to build a factory for a Taiwanese firm. He lost his job after the 4th June massacre in 1989 when Taiwanese firms pulled out of China. But within just a couple of years upon returning to Malaysia, he made his first million as a contractor for Taiwanese factories in Johor.

That was the second wave of massive FDI into Malaysia, which created many jobs and uplifted millions economically.

At the same time, the end of the Cold War with the fall of Berlin Wall in 1989 hatched many geese in Eastern Europe, which over time would compete for investments. The growing influx of Eastern Europeans into Western Europe throughout the 1990s also brought down labour costs and alleviated the lack of labour there.

And in 2001, China joined World Trade Organisation, as the United States became totally distracted by the 911 incident and its aftermath. Joining the WTO allowed for China’s huge productive capacity to outcompete everyone else. This was a huge game-changer.

China becoming the factory of the world practically ended high-paying manufacturing jobs in the United States and in other parts of the world.

In the United States, the Federal Reserve responded to the 2001 dotcom crash with massive cheap credit (reducing interests from 6 percent to 1 percent), fuelling the property bubble that would burst in 2007 and 2008.

To overcome the Global Financial Crisis in 2008, massive unconventional monetary easing brought even more cheap credit into the financial system, fuelling property booms from London to Singapore to Malaysia in the early 2010s.

The ending of the communist threat by the 1990s fuelled the neoliberal economic ideas propagated since the Reagan and Thatcher era, and economics took a huge turn towards financialization. Employment was no longer the primary economic concern, not for governments, and not even for economists.

The primary concerns of treasuries and central banks were about growth rates, interest rates and assessments by rating agencies.

In short, outside China itself, the combined effect is that in the last twenty over years, the United States, Western Europe, East Asia (excluding China) and Southeast Asia, upward mobility halted, inequality widened, more movement of capital instigated more financial disability, more outsourcing caused more loss of well-paid manufacturing jobs, and more movement of low-end labour across the globe drove wages down in most societies.

Outside China, services became the main provider of jobs. Many of these are casual jobs which offer very little security and protection. The Gig Economy is essentially merely a nicer name for the informal sector.

Now comes Covid-19. This pandemic is the new game-changer. It is forcing us to consider the following structural issues:

First, US’s now poorer working class cannot afford to consume much. The US lost its middle class in the Global Financial Crisis more than a decade ago. Therefore, we can no longer see United States as the final destination for our exports, something that was the case just a decade ago. The idea that Malaysia should compete to press down wages in order to compete for FDI and to compete to export is therefore outmoded. There needs to be some serious rethinking done on this front. Covid-19 has made this too obvious a question to ignore.

Second, US will need to produce more jobs on their home ground, both for security reasons and for lowering the unemployment rate, which would otherwise be a ticking political time bomb. If the US-China Trade War did not spell the death of the ‘Just-In-Time’ global supply chain system, Covid-19 did. More production will now shift closer to home.

Third, the hundreds of thousands of Malaysians working as cheap labour in the service sectors in Singapore are likely to face retrenchments, particularly those who work in F&B, hotels, entertainment centres etc. They will be coming back to Malaysia to look for work, and to compete with a huge number of Malaysians who are also losing their jobs in the service sectors.

Fourth, millions of jobs in services in Malaysia are equally affected, so as those in the Gig Economy. Some sectors will take some years to return to their pre-Covid levels, such as hotels and airlines. Jobs have to be created in other sectors for them.

Like it or not, Malaysia will have to do what all other countries are going to do, namely, to put job creation back at the centre of any economic consideration. Providing gainful employment for one’s own citizens will increasingly become a primary goal for national economic policymaking.

Such thinking will require governments at all levels to explore all the available tools in their policy toolbox, including looking at industrial policy with job creation as a primary objective.

Societies like Malaysia and Singapore now find themselves at the tail end of an economic model that had been functioning since the late 1960s. It is the end of a model that lasted for fifty over years, driven by global dynamics. Covid-19 has brought us to an impasse and requires us to rebuild. This rebuilding, however, has to be done with full consciousness about global dynamics today being in disarray.

Our immediate concern in order to ride out the uncertainties of the global economy at this time, and to take advantage of them in the long run, is to provide jobs that can be sustainable. In that sense, we are back in the 1960s.

This Labour Day calls for us to be bold, to be reflective and to be calm in grasping the full implications of the Covid-19 Depression.