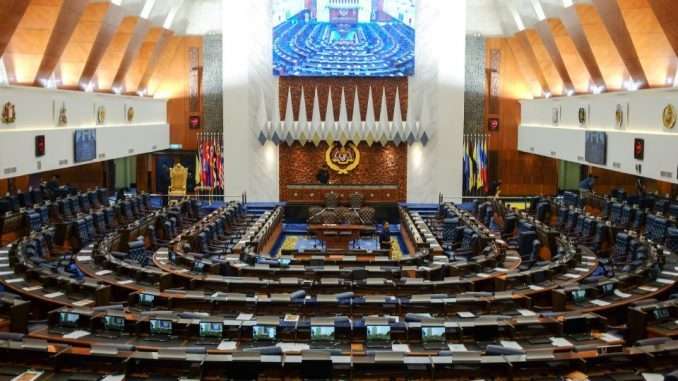 Nine of the thirteen states in the federation defied Prime Minister Tan Sri Muhyiddin Yassin’s seemingly hasty decision to re-opening the economy, while another two (Johor and Melaka) has yet to decide on the matter. To students of the Malaysian Constitution, this is a pivotal moment in the development of federalism in the country. It is also a major loss of face and credibility for Muhyiddin.

Five of these nine states are aligned to Pakatan Harapan Plus, namely Penang, Selangor, Negeri Sembilan, Kedah and Sabah. The other state governments, though politically aligned with the Perikatan Nasional government nevertheless also acted against the decision of the federal government.

Prior to this, the Perikatan Nasional government had made several blunders with regards to the states during the Movement Control Order period which began in 18th March.

First, Muhyiddin made a hasty announcement at 10 p.m. on Monday 16th March that the nation would go under lockdown from 12 am on Wednesday 18th March. The Menteri Menteri Besar and the Chief Ministers, along with every other member of the public, were informed of this via telecast speech, and not before.

Obviously, the Federal Government should have contacted the governments of the various states first, to negotiate and to get them to prepare thoroughly before announcing such a major decision to the public. The Johor Government was particularly hit as hundreds of thousands of Malaysians who work in Singapore had to make instant travel decisions about their daily commute to their work place in the City State, while the state government could not act, having not been notified beforehand.

Next, the Federal Government now continues ignoring the states by making the Ministry of International Trade and Industry the super ministry, in the process ignoring the all-important role of the local councils.

Third, for some strange reason, the Government has decided to task MITI with the reopening of selected economic sectors and to let it deal with all applications by firms to reopen. Now, MITI has never had the tools and mechanisms to deal with sectors outside of manufacturing. Clearly, the rightful agencies should be the licensing authorities on the ground, which are the local councils, who would know exactly which laundry shops, for example, are situated on which streets, and what their concrete situation is like.

The Federal Government should have simply just set general Standard Operating Procedures for the reopening, and then left it to the state governments to implement, through the local councils.

Fourth, throughout the MCO period, the Women and Family Development Ministry was playing politics when distributing aid to the poor. The proper way would obviously have been to work with District Offices under the purview of the respective states and to act through local elected reps—without thinking about partisan affiliations.

Fifth, there is an insufficient whole-of-government approach, whether horizontally or vertically. Horizontally, the left hand (economics or security, for example) of the government does not know what the right hand (health, for example) is doing and decisions were made either without proper understanding of the idea of “social distancing” (leading to mass arrests of refugees and migrants which of course scares them into hiding and to not offer themselves to be tested) or without consultations (Azmin Ali’s fiasco of including the opening of barber shops on the list). There was also very little interest for federal agencies to coordinate vertically with states and local authorities.

Now, let’s go back to the “no confidence vote” by state governments against Muhyiddin’s decision to bring forward the re-opening to 4th May, instead of 12th May, when the 4th MCO period was to end.

Hopefully, the Prime Minister will now realise that the era of one-party-government preeminence over the states and over the civil service effectively ended on 9th May 2018.

Federal governments before 2018 were able to cajole and compel states into following federal edicts mostly because UMNO was also controlling most of the states. Even though PAS has been running Kelantan since 1990 and several states have been in the hands of Pakatan Rakyat/Harapan since 2008, UMNO could still exert control through having the Prime Minister dictate to UMNO chief ministers his wishes, and through using federal-appointed civil servants to run affairs in the Pakatan states.

This aspect of a New Normal in Malaysian politics is already entrenched. Malaysian prime ministers are no longer able to control the states simply through party affiliation. Muhyiddin does not even control the parties in the Perikatan coalition. No MB or CM is going to do his bidding unless compelled by law.

With Muhyiddin having a maximum of only 113 seats in Parliament – just a seat more than a simple majority – the civil service is also acting very cautiously.

Muhyiddin will have to negotiate his way, all the time.

Having a state-level government system in our constitutional structure is now an obvious blessing which Malaysia should make full use of.

The state structure is very much the legacy of the 1946 Malayan Union crisis which led to the British dropping the idea of forming a unitary state, and instead to adopt the 1948 Federation of Malaya. But be that as it may, federalism today is much more centralized than when it started, especially in terms of statutory powers and finances. That was the framework within which Muhyiddin’s misguided decisions in the last month stems from.

In India or Australia, which has almost the same constitutional framework as Malaysia, policing, hospitals and healthcare, and most of the education institutions are the domain of the states, not the federal government.

As we prepare for the long haul, surviving Covid-19 will require us to reconsider the roles and functions of the states, and to embrace these into our survival strategies. Devolution of power and the delegation of tasks to the states is the only way to make the struggle an effective and successful one.

The ideal situation is that in the years to come, the Federal Government will share income tax revenue with the states. This is much better than having the different levels of government sharing income from natural resources such as oil or restricting the states to revenues from lands, timber and properties. This current arrangement encourages the states not to be concerned about the climate and the environment.

Sharing tax revenue collected in the states will incentivise the states to do more to grow their share of the national economic pie since they would gain directly from it. This will foster federal-state coordination in economic developmental matters. The better a state’s economy, the more taxes there will be for both the eager state and its federal master.

With more revenues coming in, states would consequently be able to play a larger role in local policing, education, and health care.

When we were at the Defence Ministry, Minister Mohamad Sabu and myself, as his deputy, were pushing for a rethinking on Wataniah or the Army Reservist force. Instead of being a reservist force only augmenting the regulars in a combat setting, the reservists can be trained in disaster relief work as well, so that when a disaster happens in a particular state, the relevant Army Reservist Unit could be deployed first, i.e. these less-regular soldiers are able to act first in times of state-level emergencies such as floods. If this could be done, states could share the financial burden of running the Reservist Units and some form of US National Guard arrangement would develop, again adding to the collaborative spirit between the states and the federal government.

To move forward in dealing with Covid-19 and future challenges, I would like to suggest that the five states aligned to Pakatan Harapan Plus, namely Penang, Selangor, Negeri Sembilan, Kedah and Sabah, get the ball rolling by coordinating more and act as a bloc to give confidence and assurance to the public.

The federal government has shown that it really does not know how to coordinate, horizontally or vertically, so it is up to the five Pakatan Plus to come together to formulate decisions and to lead the way into the New Normal of democratic and efficient governance. Their tasks are often very concrete ones, and these tasks are all the more important at a time when the federal government is unable, divided and confused.

Previous PostAs the Old Order Grinds to a Halt, Malaysia Must Refocus on Creating Jobs Again
Next PostLiving on the Edge