Is Najib the future of UMNO? 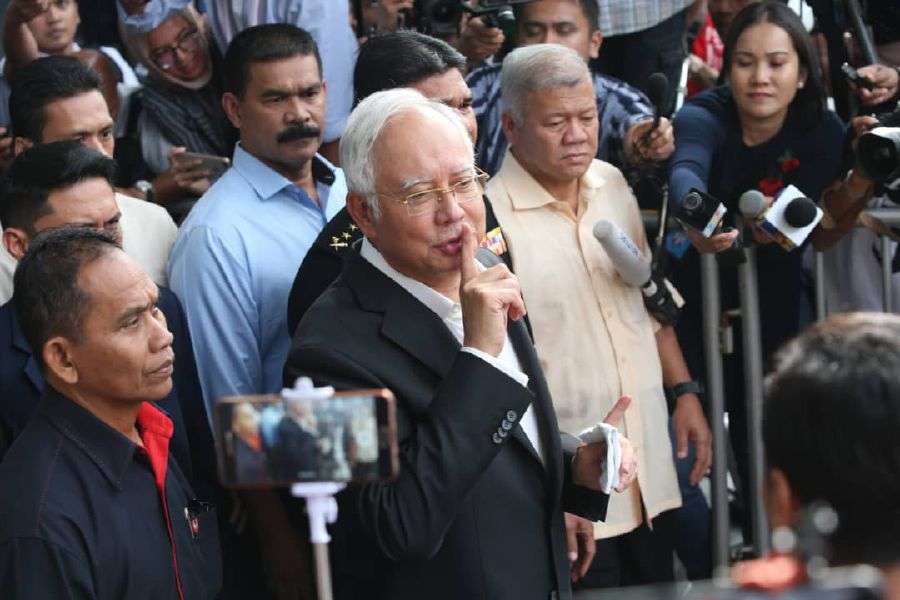 The weakness of the Perikatan Nasional government-without-people’s-mandate has given birth to a lot of rumours surrounding its future. Even scandal-ridden Najib Razak’s name is being propped up again as an alternative to Prime Minister Muhyiddin Yassin’s leadership, or the lack of it.

There are rumours that Najib is planning to be UMNO President again and to make a come back as Prime Minister once a snap election is triggered. No matter how realistic or ridiculous the rumours were, it is important to note that today’s UMNO is no longer the strong party it was before.

Let us look at UMNO as it was before.

UMNO was a rural party par excellence but it is now facing diminishing rural population. Many of its past leaders had a developmental goal. For example, a drive to some rural areas in Johor will show us that past UMNO government did provide decent infrastructure.

After losing Kelantan and Terengganu state governments the 1959 general election, UMNO aggressively merged itself with the federal government as well as other state governments, presenting itself as a capable and effective rural ruling party. Pre-schools, healthcare, education and public amenities were provided for the rural population. Usually the UMNO-appointed village head was also the same local UMNO branch leader.

However, it was the same decent infrastructures such as roads and transportation that inspired many working adults to leave their kampung to work in Johor Bahru, Kuala Lumpur and Singapore. The urban setting has exposed them with harsh realities of life including the weaknesses of the Barisan Nasional government.

In 2018 general election they brought their anger back to the kampung to vote against Najib and Barisan Nasional that they saw as drifting away from the people, especially with the 1MDB mega scandal.

2. A party of social mobility

When rural baby boomers began to look for jobs in the early 1970s, export-led industrialisation was pursued relentlessly and many had their lives transformed positively. Some even rose to join the life of the middle class. Opportunities for higher education were also provided for many, though not all.

Since the Asian Financial Crisis in late 1990s, and later the economic stagnation in the past 20 years, particularly wages that are stuck at the same level, are disillusioning many.

The increasing gap between the rich and poor Malays, especially between the UMNOputras and the rest, is fueling very serious intra-ethnic resentment against the UMNO elites and provoking repulsion against the party leaders known to be corrupt.

3. A party acceptable by middle-ground non-Malays

UMNO also used to be acceptable by middle ground non-Malay voters but has since burned its bridge since 2005.

Since independence, UMNO had never contested under its own logo. It was always the symbol of the Alliance and later Barisan Nasional, until the by-elections after 2018.

The modus operandi of UMNO-led coalition was simple – as long as UMNO and its coalition partners can win more than half of the votes of all ethnic groups, no one would be able to challenge the supremacy of Barisan Nasional.

Only PAS would compete with UMNO for Malay votes but non-Malay voters would never go to PAS, and the DAP could only compete with UMNO’s partners because Malays would not vote for DAP. In its calculation, UMNO’s opponents were never supposed to come together as a coalition.

In the last decade of the 20th century, the then Prime Minister Dr. Mahathir Mohamad unveiled Vision 2020 and the Bangsa Malaysia concept in February 1991. He set forth a period of a surreal love affair between majority of non-Malays and UMNO-Barisan Nasional that lasted three general elections of 1995, 1999 and 2004.

After Dr Mahathir’s retirement, UMNO took a wrong turn by turning right politically in 2005. In the last 15 years, it is hard to imagine non-Malays voting for a highly racialized UMNO. In competitive Malay-majority mixed seats, having non-Malay support is very crucial.

UMNO had very strong organisations, especially in rural and semi-urban areas for the longest of time. During those times, teachers who were doing good for the community were elected UMNO branch leaders, sometimes even at division levels. From late 1980s onwards, most of them were replaced by contract-seeking businessmen.

Multiple party crises and factional wars – from the battle between Tengku Razaleigh Hamzah and Musa Hitam factions (1981, 1984) to Team A vs Team B (1987) to the sacking of Anwar Ibrahim (1998) to putsches against Abdullah Badawi (2008) and finally to Najib’s fight for survival (2015-18) – have depleted the party’s talent pool.

One needs to have a lot of money to play UMNO politics. At the end of the day, good people inside were ousted while good people outside were afraid to enter the political door. Warlords have been occupying divisional chairman positions for decades, preventing new blood to rise.

Organisational atrophy sets in. By the time Najib was cornered in 2015, the entire organisation was on halt. After the sackings of Tan Sri Muhyiddin Yassin and Datuk Seri Shafie Apdal, no leader dared to go against Najib despite seeing their Titanic sinking.

UMNO’s organisational strength on the ground is not organic and not as effective as an election campaign machinery.

5. A party in an authoritarian setting

UMNO’s previous success factor includes being the incumbent government in an authoritarian setting. It was relying on the largess of the government to campaign in elections. It was also able to redraw boundaries in its favours and use the media to its advantages.

Now let us look at UMNO of today.

It is no longer the ruling party under the current Muhyiddin government. Since the change of government for the first time ever in 2018, the public knows that they can vote out any party, including UMNO, without fear.

The government machinery, including the civil service, knows that the rule of law now is being upheld slightly better than before. Top civil servants also know that should there be any funny business, they may be answerable if there is another change of government.

From time to time, ousted former ruling parties do come back to power through election with a new set of leaders, especially when they learned their lesson and reformed their party.

However, UMNO is stuck with Najib’s dubiously-gained money. Post-2018, the UMNO party structure is still very much controlled by Najib. The disgraced Prime Minister knew this, continuing to play dumb like a spoiled rich kid that he is: “why me, why Pakatan Harapan is obsessed with me, I’m no longer in power” – to the delight of his staunch supporters.

It is a great missed opportunity for UMNO to allow people like Mohamad Hassan and Khairy Jamaluddin to rise and cleanse the party of corrupt leaders. All they had to do is apologise to the nation for its past sins and plead for a fresh start. With the new blood and recasting of its messaging, UMNO has a chance to win back the people’s support in a free and fair general election.

Instead, they allow Najib to call the shots. It seems that the cash-is-king tarnished leader is still the king in the party. He was part of the “scorched earth” political strategy to burn the house down by fanning racial hatred to make it ungovernable for Pakatan Harapan.

It may be too late for Najib to escape punishment for his involvement in the 1MDB mega scandal as well as his kleptocratic but he is still trying to find a way to survive.

The purpose of the racial hatred campaign was to cause the collapse of Pakatan Harapan government so that a new configuration could be engineered in which a friendlier government would be more benign to Najib’s personal interests.

It is a sad situation for UMNO. Instead of kickstarting a reform agenda, many of its leaders are comfortable with the old ways of doing things. For the benefit of Najib’s personal interest, some UMNO leaders, including a few of Bersatu turncoats, have squandered the chance to return to power through winning the middle ground.

I admit that if a general election is held today, those who voted for Najib might continue to support him. No other UMNO leaders is holding on to that base as firmly as Najib. That is how bad the situation in UMNO, controlled from outside by someone who has the money.

However, the middle ground is now an open political vacuum waiting to be filled. It is the path that is pointing towards a more sincere understanding and tolerance among Malaysians.