Anwar-Mahathir unity can defeat the dark side 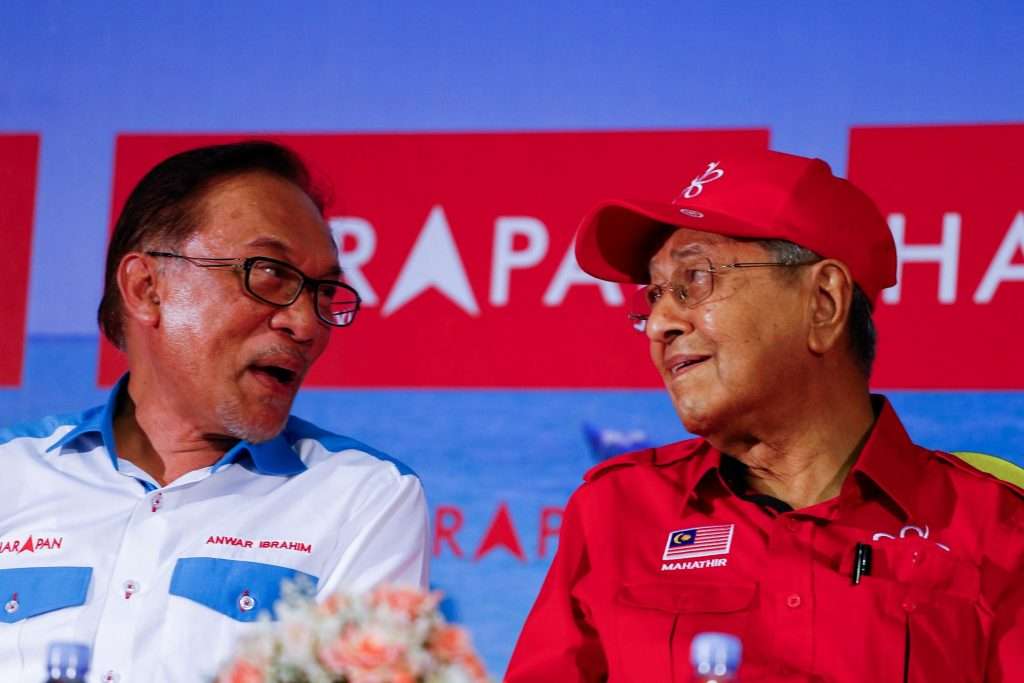 Tun Dr Mahathir Mohamad is our friend and ally. So are Datuk Seri Anwar Ibrahim and Datuk Seri Shafie Apdal. Together we have worked hard to gain the people’s trust for Pakatan Harapan in the 14th general election of 2018. Unity won the day.

However, we are now in a very difficult moment in our political struggle. Each of our decision will now have huge consequences for Malaysia.

Since the fall of government as a result of the Sheraton coup, the DAP national leadership is patiently, cautiously and painstakingly walking each step with our allies in Pakatan Harapan Plus.

Our twin objectives are to hold together the coalition and to reclaim the people’s mandate that had been stolen by traitors among our ranks with the help of UMNO.

Mahathir is an ally

It was the Sheraton coup plotters who forced Dr Mahathir to accept a coalition government between his party Bersatu and UMNO-PAS pact. He refused, and resigned on 24th February 2020.  He declined to cooperate with leaders such as Najib Razak who were charged in courts for plundering and robbing the nation.

In the morning of 29th February morning, Pakatan Harapan realigned with Dr. Mahathir to re-nominate him as Pakatan’s Prime Ministerial candidate. In the evening of the same day, he chaired a Pakatan Presidential Council meeting with Datuk Seri Anwar Ibrahim’s presence at the Yayasan Al-Bukhary in Kuala Lumpur.

On 1st March, as Tan Sri Muhyiddin Yassin was sworn in as PM, all Pakatan MPs, including Anwar, gathered to support Dr. Mahathir to reclaim our mandate.

We need both Dr Mahathir and Anwar to work together as a team. Portraying Dr. Mahathir as the opponent is the wrong basis to start. The real enemies are Muhyiddin, Najib, Azmin Ali and gang in Perikatan Nasional.

Warisan is the linchpin

The attempted “shopping spree” to buy over politicians by Home Minister Hamzah Zainuddin in Sabah with the aim of causing the collapse of the Warisan-led Sabah government should also tell us who the enemies are.

If anyone from Pakatan who treats Hamzah – one of the plotters of the Sheraton coup – as a potential ally, he or she is making a fatal mistake.

Shafie Apdal and his party Warisan are actually the linchpin in our effort to reclaim the mandate.

DAP, PKR and Amanah collectively has 91 seats in Parliament. This number is not sufficient in our battle against Muhyiddin’s hastily cobbled coalition of kleptocrats which has no moral baseline and ready to sink to bottomless pit in its attempt to stay in office.

Warisan and the Bersatu faction aligned with Dr. Mahathir serve as the “bridge” to 112 seats, the simple majority needed to form a government. With them, the 91 seats are extended to 109, and possibly more. The moment the 109 is firmly consolidated, the parliamentary route to reclaim our mandate would be firmly in place.

Warisan’s linchpin role caused Hamzah’s wrath. I am thankful and glad that the Warisan-led Sabah government is intact, and we are expressing our solidarity with our colleagues in Warisan and Sabah’s Pakatan Harapan.

A snap election is possible

The best way to reclaim the mandate is to get back the support of responsible MPs who put the nation above any other self-interest. Yet we are prepared for any possibility of a general election, especially when we know that the current administration is very shaky and facing internal squabbles.

If there is a snap poll in the months to come, Pakatan needs to work with Dr. Mahathir, Anwar and Warisan to fight Perikatan Nasional.

Muhyiddin is allegedly very confident of a general election victory. I don’t think it would be that easy. Of peninsula’s 165 seats, if voter turnout is above 80 percent across the board, I am confident that Pakatan will win at least 85 seats.

The now widely available audio of the Pakatan Presidential Council meeting on 21st February 2020 has proven that DAP and Amanah leaders championed the Mahathir-Anwar collaboration based on the 7th January 2018 deal. This means it is Anwar who will take over as Prime Minister after Mahathir, and no one else.

On 25th February, DAP and Amanah decided to support Anwar, and instructed all their MPs to support the PKR president when they met Yang di-Pertuan Agong on 26th February.

In the last 20 years, DAP and Amanah (many of them were in PAS before) have been supporting Anwar through thick and thin, and never deserted him.

The Anwar-Mahathir pact in 2017-18 was in fact sealed with full support from DAP and Amanah despite Azmin Ali’s vehement opposition. Pakatan leadership knew that only a Mahathir premiership would provide room and space for Anwar to return to top after prison, as Muhyiddin and Azmin were both aspiring to be PM.

As pointed out by DAP Organising Secretary Anthony Loke yesterday, two options were decided at the Pakatan presidential council on 30th May.

Option 1 – Anwar as PM and Mukhriz Mahathir DPM was fully exhausted as it was deemed unable to provide the bridge to 112 and beyond.

After numerous meetings, it was later decided that for Option 2, Dr Mahathir would stay for six months before handing over to Anwar.

A strong coalition with Anwar, Dr. Mahathir, Shafie, PKR, DAP and Amanah will have the strength and quality to reclaim the mandate and to build a long-lasting government in which both the forces of Dr. Mahathir and Anwar would still support the coalition even if their leader is not the Prime Minister.

Even if there’s a snap poll, a united Pakatan Plus coalition has the capacity, capability and the people’s support to defeat the Muhyiddin-Najib kleptocratic coalition.

Lest we forget, Hamzah Zainuddin is neither a friend nor an ally. He belongs to the dark side.