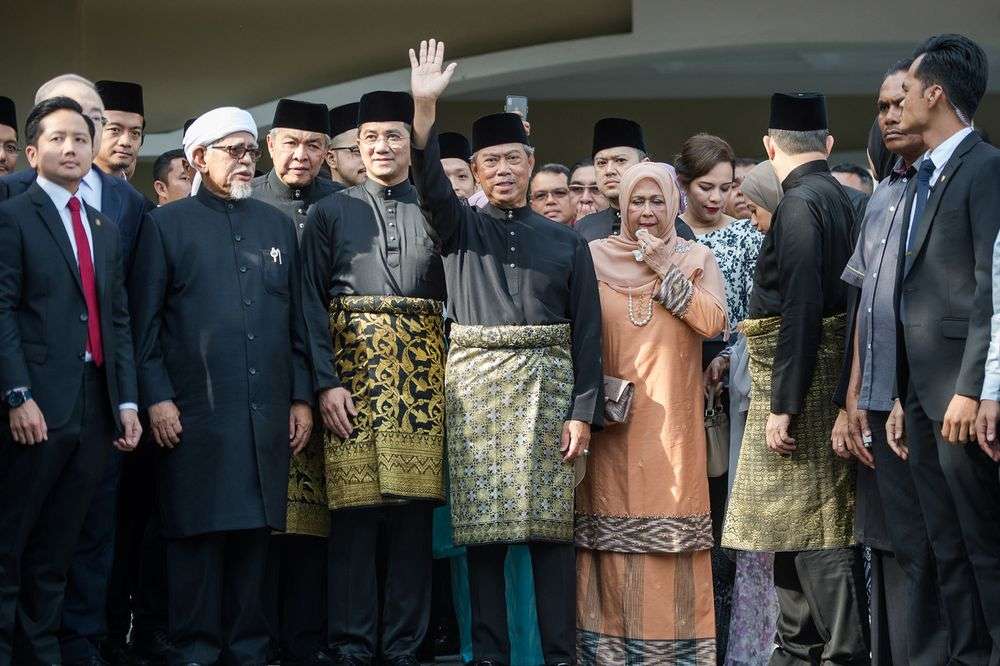 Post-Sheraton Coup, the immediate need for UMNO, PAS and Bersatu to have more seats to distribute among themselves will alter the political landscape in massive ways. This piece predicts that the three parties will create “the pool” of 135 of the 165 Peninsula seats, taking away significant number of seats previously contested by Barisan Nasional component parties.

UMNO also contested 14 seats in Sabah and 1 seat in Labuan.

In the 14th General Election, UMNO, Bersatu and PAS contested against each other. In October 2019, UMNO and PAS formalised “Muafakat Nasional” coalition while the Sheraton Coup brought Bersatu into the UMNO-PAS-Bersatu equation.

There are talks that Tan Sri Muhyiddin Yassin may join UMNO thus solving all the puzzles. While I do not rule out that possibility, it won’t be an easy one. Even if Muhyiddin joins UMNO, UMNO and PAS would still have to settle seat allocation in order not to compete against each other.

According to media reports, when Muhyiddin met PAS President Datuk Seri Hadi Awang, the Prime Minister told Hadi that he would like Bersatu to contest 50 parliamentary seats. I supposed that is the initial bid, but it is quite unlikely that PAS and UMNO would allow Bersatu to contest 50 seats.

Whichever the case, it is certain that MCA won’t get to contest 39 seats and MIC would contest much fewer seats than 9 seats it contested in 2018.

As a guide, with very rare exceptions, seats contested by MCA and MIC, as well as those previously contested by Gerakan and MyPPP, that has Malay voters more than 50% would go to “the pool” for UMNO, PAS and Bersatu to carve up.

If more seats are needed to satisfy UMNO, PAS and Bersatu, mixed seats that has close to 40% Malay voters may also go to “the pool” and no longer to be contested by MCA, MIC or Gerakan.

Gerakan left Barisan Nasional in 2018 and it is very unlikely that Bersatu, UMNO or PAS would be bothered to give Gerakan any winnable seats to contest.

The Penang seats of Gerakan will probably go to MCA to make up for its losses of rights to contest in elsewhere, such as P46 Batu Kawan, P48 Bukit Bendera, P49 Tanjong, P50 Jelutong. P68 Beruas and P114 Kepong are likely to be in the same category. Therefore, 6 seats to MCA’s tally from the former Gerakan seats.

MIC will face a massive “Cameron Highland Effect” of its previously contested seats. In the January 2019 P78 Cameron Highland by-election, for winnability, MIC gave way to UMNO to contest the seat.

It is quite likely that MIC would only contest P62 Sungai Siput and P72 Tapah.

But other MCA contested seats with more than 40% Malay voters are likely to go to “the pool” for UMNO and Bersatu to contest. MCA is likely to lose the right to contest in the following seats:

The MyPPP seat of Segambut is probably also going to “the pool”.

Through this exercise, “the pool” for UMNO, Bersatu and PAS to choose from will have an additional 30 seats to play with, in addition to the 105 seats UMNO previously contested.

Among UMNO, Bersatu and PAS, they will negotiate from “the pool” of 135 of the 165 Peninsula seats.

This change will significantly alter the political landscape.

The idea of Barisan Nasional seat/power sharing is finally buried in the seat negotiation process of Perikatan Nasional due to the pressing need of more seats to distribute among UMNO, PAS and Bersatu.

For DAP and PKR, contesting directly against UMNO or Bersatu in significantly more seats than previously is the new scenario that these parties will have to adapt to.