The Great Reset for A Better Malaysia 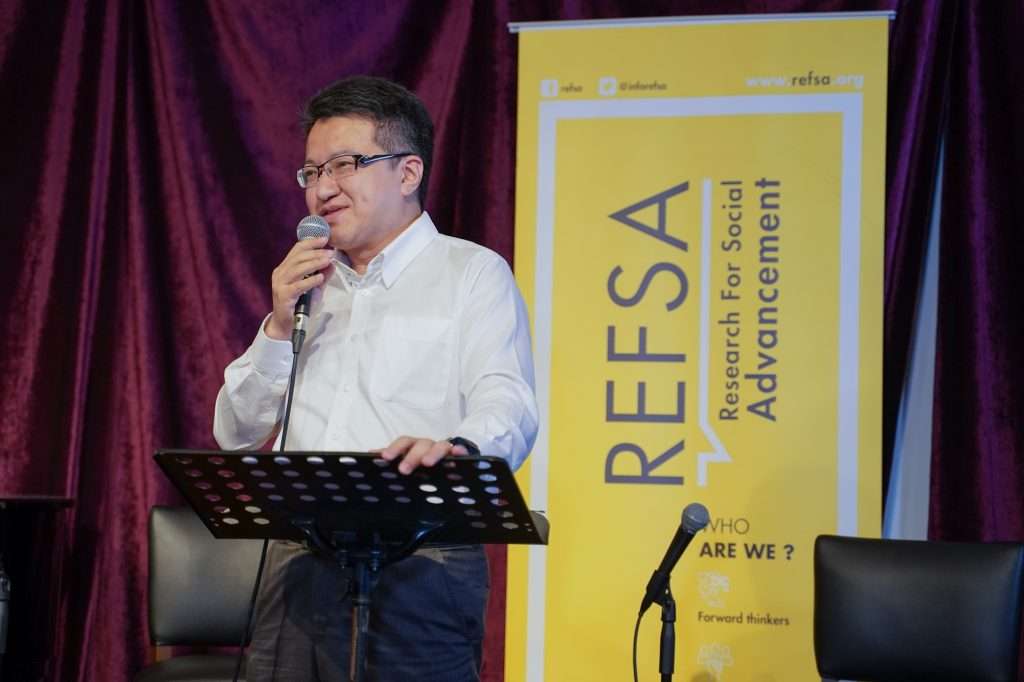 I would like to thank every one of you for watching and joining the launch of “The Great Reset – 100 days of Triple Crisis”.

I am particularly grateful to my friends Dato’ Ooi Kee Beng, Wan Hamidi Hamid and Frederik Paulus for speaking at this occasion and more importantly, for having edited the pieces in this book when they were first written. Of course, the usual caveat applies. The responsibilities are solely mine.

To the REFSA team that made the book possible – editors Ithrana Lawrence and Raja Ahmad Iskandar Fareez, as well as Chung Hosanna, Tan E Hun, Ivy Kwek and others, thank you again.

Both for the world and for Malaysia, we are either entering into a dark age that will plunge us into a freefall, or this is a great opportunity to reset.

Since the end of the Second World War 75 years ago, the world has been very much governed by a multinational framework such as the United Nations, and to a large extent, the United States has been the preeminent superpower, even during the Cold War.

Today, we are not sure if the United States is still committed to a multilateral world and President Donald Trump’s mishandling of the Covid-19 crisis and other crises gives credence to the question whether the United States can still lead the world.

We are entering into uncharted waters. The implications are multi-fold.

US-China relations now increasingly mirror the Cold War, and there are now concerns and worries that the world may be sleepwalking into a hot war, especially at our doorstep, the South China Sea.

The Malaysian economic model since 1970s has depended on export of consumption goods to the United States and Europe to provide jobs and on oil revenue to sustain government expenditure.

The export-led industrialisation is the outcome of US manufacturing outsourcing to Asia since the 1960s, which is now being called into question in the US itself, due to the widespread inequality and loss of middle class jobs; which in fact propelled Trump into office in 2016. Post-Covid19, the wish to shorten supply chains will also impact on such a model.

The model has actually been limping along since the Global Financial Crisis in 2008. As the crises over the past decade or so depleted the resources of the US middle class, their consumption capacity has dropped sharply. With tens of millions of US workers on unemployment benefits today, countries that export to the US can anticipate ever tougher days ahead.

Oil as a key contributor to government coffers is going to end at some point soon, especially if electric vehicles become more common.

Malaysia is stuck. We are still hoping that huge influx of FDI can create widespread prosperity without the government doing much. But the government has to realise that the export-led model that presupposes cheap labour costs is not going to take Malaysia any further. Wages are now too low for many Malaysians to survive, not to mention realise their human potentials. This was a major concern even before Covid19.

We need a new model that pays ordinary Malaysians better, that allows Malaysia to climb the technological ladder, and that builds capacities for the next phase of prosperity, one where wealth is shared by all Malaysians, and not by just a small group of people.

Politically, especially after Lim Guan Eng was charged in court recently, many understandably feel that dark days lie ahead.

Let me put it in simple terms, if I ever believe that only Chinese would vote for a Chinese party, I would not have joined the DAP in 1999; the year when Kit Siang and Karpal Singh both lost in constituencies with a high concentration of Chinese voters.

Back in the early 2000s, we believed that Chinese and Indian voters would eventually vote for a multi-ethnic party, and that would be the DAP, and that with a multi-ethnic coalition, the Malays would come on board.

Now, twenty years later, I still don’t believe that Malays will vote for a Malay government simply because it is Malay in character, and without considering whether it is full of crooks or not.

I believe many of my colleagues and comrades are in politics because we believe in the Malaysian Middle. We believe that there is a sizable middle group among Malay voters and among all ethnic groups who want to achieve clean government, smaller income gaps, and a country that we can all be proud of.

It is our conviction that we can articulate a Malaysian civic nation or a new nationalism that every Malaysian can subscribe to and belong to.

Malaysians who believe that the idea of Malaysia is one that is worth fighting for would have to rise to the occasion to lead the Great Reset for a better Malaysia.

This speech was delivered by Liew Chin Tong at the launch of his book titled “The Great Reset – 100 Days of Malaysia’s Triple Crisis” on 8 August 2020. Purchase your copy now till 23 August 2020 at an early bird price – RM20 per copy (+RM5 for shipping within Malaysia) with the Promo Code: THEGREATRESET. RM100 for 5 copies (free shipping within Malaysia) with the Promo Code: 5COPIES. You may purchase the book from the link here.