Candidate Muhyiddin in the Sabah election 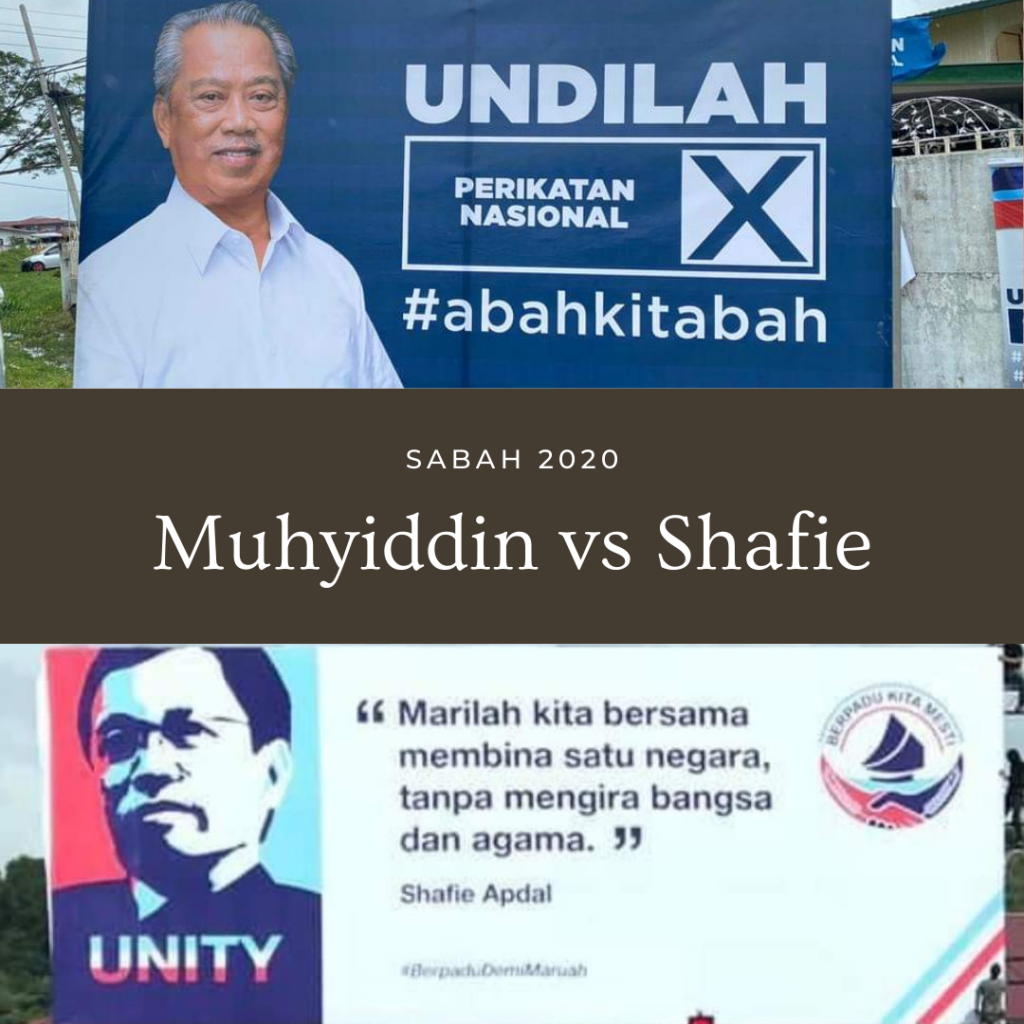 I am currently in Sandakan to campaign for Warisan Plus. Along the main thoroughfares of Sandakan, posters adorned with the mugshot of Prime Minister Tan Sri Muhyiddin Yassin are ubiquitously displayed, as though he is the one contesting in the 26th September Sabah State elections.

Make no mistake. Muhyiddin’s political fate hinges on the outcome of the elections. The stakes for Tan Sri Muhyiddin Yassin are extremely high, if not higher than that of Dato’ Seri Shafie Apdal.

It is a battle between Shafie Apdal and Muhyiddin Yassin!

Indeed, Candidate Muhyiddin and his hatchet man-in-chief, Bersatu Secretary-General and Home Minister Dato’ Seri Hamzah Zainuddin triggered the dissolution of the Sabah State Assembly. They should be made to pay for their attempt to topple the government mandated by the people of Sabah.

To get a clearer picture, let us revisit the events in late February to better understand why Candidate Muhyiddin needed to topple the Shafie state government in the first place.

The Sheraton Coup plotters made the foolish assumption that Shafie Apdal and former Prime Minister Tun Dr. Mahathir Mohamad were on their side of the headcounts and they would have 130 MPs with them.

DAP, PKR and Amanah had 92 seats until Lubok Antu MP Tambat Jugah Muyang crossed over to Muhyiddin’s side.

Mahathir and Shafie were not present at Sheraton Hotel on the evening of Sunday 23rd February.

Mahathir refused to support the coup and subsequently resigned on Monday 24th February. In the midst of confusing talks concerning a Unity Government, Pakatan Harapan decided to support Datuk Seri Anwar Ibrahim as PM candidate on the evening of Tuesday 25th February and reiterated the support at the Istana Negara on Wednesday 26th February.

After the Palace made a statement at 4pm on Friday 28th February, we managed to re-establish communications between Datuk Seri Anwar Ibrahim and Tun Dr. Mahathir Mohamad, and held a talk to re-group in a meeting at Mahathir’s private residence at 8pm.

Anwar’s side agreed to realign with Mahathir and that message was conveyed to Mahathir at 8am on Saturday 29th February.

I was in the room.

The die was cast on the fateful morning of 29th February, very much by Shafie. Although Muhyiddin was sworn in as Prime Minister on 1st March, his fantasy of governing with 130 seats was denied by both Mahathir and Shafie. Muhyiddin’s government was limping with single digit majority from the get-go, now at 113 versus 109.

Pakatan Plus was able to hold on to 109 and not 91 or 92 seats due to the pivotal role played by Shafie and Warisan.

After years of being subservient to an Umno dominated  Federal Government, Sabahans instinctively do not believe that Sabah could decide the future of Malaysia.

But Shafie and the Sabah MPs have been the thorn in Muhyiddin’s flesh, setting the rules of the game for Muhyiddin from 29th February onwards.

Muhyiddin then sent Hamzah Zainuddin to Sabah on his several “shopping trips” to find “beautiful Sabah handicrafts”. Finally, on 29th July, a day after former Prime Minister Datuk Seri Najib Razak was sentenced to 72 years in jail; former Chief Minister Tan Sri Musa Aman announced that he had support of the majority.

And lest we forget – on 9th June, the Attorney-General’s Chambers dropped 46 counts of corruption charges against Musa.

In short, the Sabah State election was triggered by Candidate Muhyiddin who attempted to topple Shafie’s government due to the lynchpin role Shafie played in sustaining the 109 seats on the national opposition side.

Upsetting ‘the scheme of things’

On 30th July, Sabah’s Governor, Tun Datuk Seri Panglima Haji Juhar Haji Mahiruddin consented to Shafie’s request to dissolve the State Assembly, in order to return the mandate to the people of Sabah.

On the 26th of September, if Warisan Plus wins a convincing majority of 40 or more seats, Muhyiddin Yassin’s days as Prime Minister are numbered.

First to feel the impact would surely be Gabungan Parti Sarawak.

GPS is never a natural ally of PAS; while its rhetoric over the years, especially during Adenan Satem’s stewardship, were pre-dominantly anti-UMNO.

UMNO with Najib and Datuk Seri Zahid Hamidi as its poster boys is certainly not electorally attractive. A strong Shafie and Warisan Plus victory would put an immense amount of pressure on GPS.

The not-so-friendly fires between Perikatan Nasional, Barisan Nasional and Parti Bersatu Sabah in the course of the Sabah State Elections also severely questions the viability of Muhyiddin’s government.

This is probably the first time in Malaysian history in which a Prime Minister’s words bring little to no consequence and impact at all on its coalition partners, as can be seen by Barisan Nasional’s rejection of Datuk Seri Panglima Haji Hajiji Haji Mohd Noor as the candidate for Chief Minister despite being named by Muhyiddin.

Sabah voters are not only deciding the fate of Shafie’s Chief Minister-ship and to choose which party to lead Sabah for the next term. This Sabah state election will decide whether or not Muhyiddin would still remain as Prime Minister in the near term.

The stakes can never be higher for Candidates Shafie and Muhyiddin.