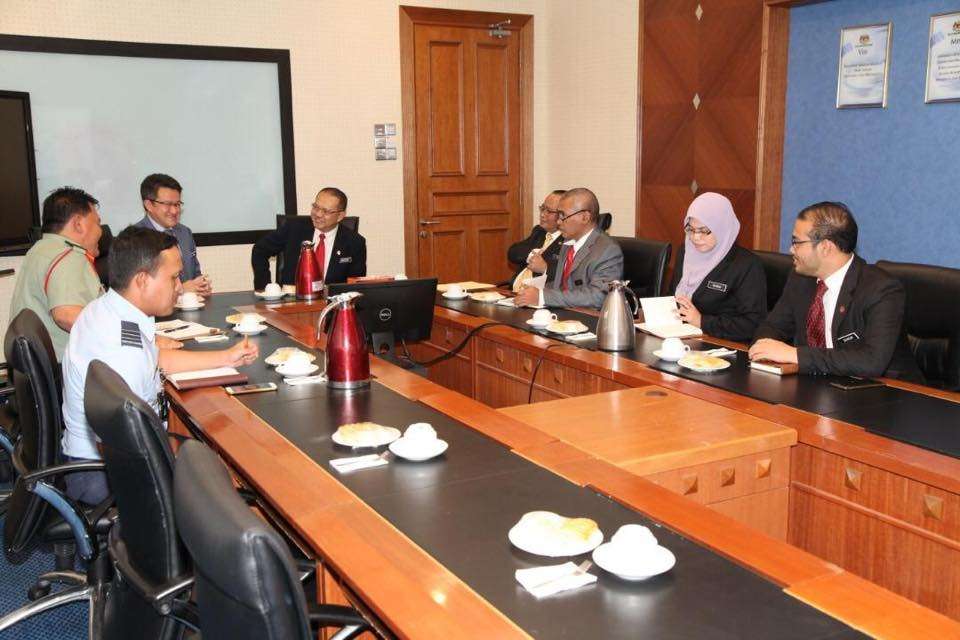 The suggested amendment to the National Security Council Act of 2016 to return the power of declaring security areas to the Yang di-Pertuan Agong is a most welcome one in the spirit of checks and balances. This amendment was in fact our original stance when the bill was first debated in Parliament in 2015. Even then, we had already stressed that the Prime Minister should not be the sole authority to declare security areas. We should remember that the original National Security Council Act did not receive Royal Assent when it was first proposed.

In the wider context of the issue, it is important for us to also deliberate upon the real role the National Security Council (NSC) should play. In these deliberations, I hope that we are able to take an enduring bipartisan approach.

It is hoped that this amendment will serve as a basis for other reforms to the NSC, mainly in the conduct of its primary duties not merely as a secretariat, but as a body that articulates a common national security strategy and policy, as well as a coordinator of the activities of other security elements along that common strategy and policy.

This is in fact the norm in other countries. In Japan for example, a National Security Council was established in 2013 by former Prime Minister Shinzo Abe to replace the older Security Council, which was deemed as too inefficient and ineffective, especially in a time where Japan’s security environment was becoming increasingly complicated.

Similarly, Australia established a National Security Committee of Cabinet in 1996. This committee was composed of not only the defence and home secretaries, but also the treasurer and minister of finance of Australia as well.

These bodies usually hold sessions every week, and articulate national security policy via the publication of defence white papers and other coordinating activities, such as intelligence fusion. In my view, this should be normalized here with our own NSC.

As it stands, our NSC’s performance leaves much to be desired. We can see for ourselves just how much is left wanting from the Auditor-General’s Report Series 3 in 2018, Chapter Six, which is dedicated to all federal government activities in maritime zone security. The following excerpt from the executive summary of that report proves to be quite illustrative:

“As a whole, the agencies and departments responsible for the security activities and enforcement in Malaysia’s Maritime Zone have performed their duties based on established  standard operating procedures (SOPs). However, these activities have yet to achieve an optimum level of efficiency due to coordination gaps between enforcement agencies and departments due to a lack of intelligence sharing and lack of assets.”

This summary puts the critical issues quite succinctly. Firstly, it establishes rather clearly that there is an understanding of national security that is too conventional and static. Furthermore, the sundry of operational issues suggests a lack of a common national security strategy and policy that effectively incorporates the various ministries and agencies into a single mission or objective. This in turn describes a rather reactive NSC, not a proactive one.

In our day and age, we can no longer limit our understanding of national security to the archetypical threats of old. The COVID-19 pandemic is a good example of this; it is the single greatest threat to human security in our time, compromising the ability of the rakyat to live normally and engendering great uncertainty and anxiety, in addition to being a very lethal biological force. We have to learn from this crisis and seriously rethink our conception of national security to be more dynamic and holistic.

Before the COVID-19 pandemic, the Sidang of the NSC which is chaired by the Prime Minister only convened once every three months; this is the minimum required by law. Despite this, the NSC is also supposed to make decisions not only at the policy and strategic level, but also resolve issues at the operational and tactical level. The infrequency of sessions versus the frequency of recurring issues has created a considerable backlog. It is evident here that there is a need to increase the frequency of convening NSC meetings. This is in fact already the case now after MCO was declared, but again, this was a reactive rather than proactive measure.

Additionally, the lack of a clear national security strategy and policy can be seen with the lack of commonality across the three major strategic documents, which are the Defence White Paper which was agreed upon in Parliament, the New Foreign Policy Framework from the Ministry of Foreign Affairs, and the Public Order and Safety Policy from the Ministry of Home Affairs.

From these three documents, only the Defence White Paper has clarified Malaysia’s aspirations as a Middle Power, and has characterized Malaysia as a maritime nation with continental roots. The lack of consensus between these documents on this aspiration and characterization of the country has effectively hindered our ability to strengthen cooperation in managing maritime security affairs.

Furthermore, the Defence White Paper is also the only document that classifies threats based on priorities, as well as proposes holistic lines of effort to tackle these threats. Among these threats are Great Power competition in the South China Sea, Cyber Electromagnetic Activities, the use of Chemical, Biological, Nuclear, and Radiological Explosives, and piracy and smuggling in Malaysia’s main maritime areas, such as the Sulu Sea and the Straits of Malacca. There is clearly a need then to streamline these documents at the NSC level so that each of these threats are given the proper attention and credence.

It should be stressed here again that it is important to enhance the NSC’s role as a coordinator of national security strategy and policy. There is a need here to appoint a National Security Adviser with ministerial rank, that specialises in this policy space. Alternatively, a minister in the Cabinet could also be given this responsibility.

The Adviser / Minister would be responsible for ensuring a single national security strategy and policy is prepared, as well as leading the efforts to streamline all other subordinate policies to this common strategy. Such a streamlining is needed so that every agency receives the correct recognition for its role, and the resources required to perform that role. It will also reduce the overlap between the areas of responsibility of each agency and ministry, in effect clarifying the missions expected of each security and enforcement body.

With this, it is hoped that the discourse surrounding our national security will be able to transcend the typically superficial boundaries under which it has labored for so long. Given the circumstances, there is a need to expand our views to encompass more than our currently limited understanding of national security.