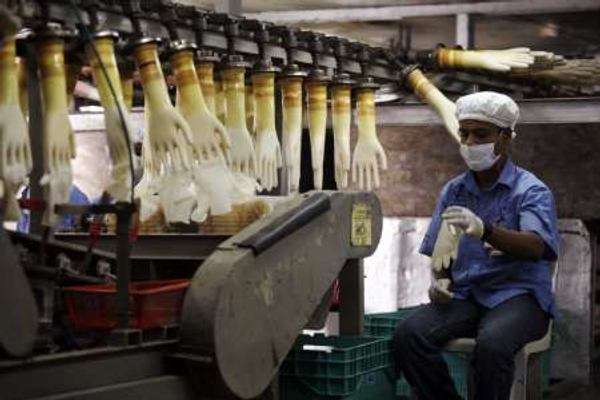 No other economic concern is more important than the question of jobs. We should place the agenda of job creation front and centre. And the Government should be the catalyst to drive this agenda.

Through Budget 2021, over a period of two years, the Government should commit to a national mission of creating 1 million jobs for Malaysians, paying between RM2,500 to RM4,000 per month. Doing so will cushion the economic fallout of Covid-19 and, crucially, position us to build back better.

Faced with this once-in-century political, economic and health triple crises, affecting the entire world and with no end in sight, governments shall use all public policy tools available at its disposal to mobilise societal resources to create jobs.

Before we move further, let’s agree on the need to create demand to keep the economy afloat. 60% of our GDP is made up of consumer spending. If consumer demand across the board shrinks, the economy will contract further, and risks falling into a vicious cycle, resulting in massive loss of jobs and social unrest. Hence, safeguarding consumers’ livelihood has become inextricably linked to the well-being of the entire economy.

Let us recognise also that the only economies that have successfully kept Covid-19 at bay such as China, Vietnam, Taiwan, Hong Kong and South Korea, are doing alright now economically. But historically, even these economies have been heavily dependent on export to the United States and Europe in the last half century. If the United States’ middle class shrinks even further due to the massive job losses that we have seen over the last 8 months, Americans will consume less exports from Asia. Thus, even those economies that have better contained Covid-19 will still suffer job losses in the export sectors and service sectors, particularly tourism, as international travel seems destined to remain undesirable for a long time.

The economy is the collective manifestation of individual expectations. Our spending depends on our expectations. In light of this, Malaysia could see its economy shrink, and Malaysians may suffer even more job losses in the months to come if all economic actors collectively expect that demand for goods and services to fall, whether due to falling exports or further lockdowns due to spikes in new Covid-19 cases. To put it more starkly, more and more people will decide not to spend if they think they may lose their jobs and sources of income, even if they haven’t yet at present.

Transfers, such as welfare aid, cash transfers etc. can, to an extent, mitigate loss of income, and the Government should be as empathetic as it can in this regard. But transfers are not a perfect solution and are very much unsustainable to maintain in the long run. Hence, if the Government is not actively seeking to create jobs through public policy, we are staring at a very grim situation.

Ensuring Malaysians have decent jobs and decent pay in time of crisis is economically and socially necessary. Massive job losses often lead to social unrests and the rise of right-wing populism. Moreover, a job also has non-economic benefits. It is integral to a person’s identity, self-esteem and his or her overall wellbeing.

We need to accept the fact that some industries, some sectors and specific firms will suffer during this crisis. For example, airlines will probably only see air travel return to the 2019 levels in at least three years’ time. By the same token, tourism will suffer, too. If we have the opportunity to save an airline or a hotel, we should try our best. But the more important task for the government and for society as a whole is to ensure that flight attendants or tour guide operators, who are at high risk of losing their jobs, have something else to do in the next two years. Even if it entails a pay cut, we should aim for that to be at least a decent job with decent pay.

We must also not forget that there are up to 500,000 Malaysians who work as low-pay labour in Singapore, earning less than SGD 2,000 per month. Many of them are in the services sector in Singapore. I bet at least a third of workers in Singapore’s hotel sector, from bellboys to chefs, are from Malaysia. If they lose their jobs in Singapore, they will come home and look for work and income as well.

Therefore, we are like climbing a slippery slope with sands pouring down. When pilots are piloting Grab cars, and if the Government sits back and does nothing to create more jobs, things will just get from bad to worse.

Let me be very clear, I am not saying the Government has to pay for all the new jobs created. What I am advocating for is for the Government to use all the policy tools at its disposal to create jobs.

I speak of “national mission” in the manner that economist Mariana Mazzucato advocates. That the economy is not growing for its own sake. We grow the economy to achieve socially desirable outcomes that we cherish. And the market needs policy orientation. We need “mission-oriented markets”.

The missions at hand in this challenging time are to ensure that Malaysians have good jobs to put food on the table, while in this process we also strive to build back better. For instance, building a green sector to create jobs.

There is no running away from the Government creating some jobs through its payroll. Researchers from progressive think tank Research for Social Advancement (REFSA), of which I am Chairman, have argued that the Government can and should run a higher budget deficit as every other country on earth is doing so. As long as the spending doesn’t go to waste or corruption but goes into creating jobs and investing into the future, the positive impact on the economy will be many times greater than the original investment. This is an argument that rating agencies should also listen to, instead of blindly applying outdated formulas based on blinkered ideology to evaluate a nation’s fiscal policy.

Hafiz Noor Sham, Visiting Fellow at REFSA, suggested that the Government hire more health workers. The Government has thus far spent RM 1.7 billion to fight Covid-19. I would say this is inadequate as the economy depends so much on containing the Covid-19 situation. There should be a “whole-of-government” approach to get the entire machinery to fight Covid-19. For instance, given that members of the Armed Forces are deployed to assist the police, some policemen can be deployed to do contact tracing. Or the Government could hire say 20,000 Malaysians at RM2,500 to RM4,000 for two years, either directly or through contracting firms active in the services sector, that are currently at a standstill. The role of firms here should not be about profits or getting a bailout, but is about being an efficient organiser of labour. Given a short period of training, a tour guide or a flight attendant would have no problem of conducting contact tracing, or helping to manage temporary health care facilities.

The more proficient ones among these workers should be integrated into a longer-term plan to build a more comprehensive care system such as childcare and aged care to help Malaysia facilitate more women into the workforce, as well as to prepare Malaysia for an aging society.

But the role of the Government is really to use all its policy tools to push for the creation of jobs for Malaysians. Here are three examples.

Of course, these are just a few examples. If we as a nation put our heads together to experiment, there will be many other ways to create jobs for Malaysians at RM2,500 to RM4,000 pay. I specify this level of pay because once we can sustain massive employment at this level, we will have strong domestic demand, and with automation and other efforts to move up the technological ladder, we will create even more jobs at a higher pay once the global economy comes back to life after Covid-19. Better pay complemented with automation – that is the way forward.

I also set it at RM2,500 to RM4,000 because it is very doable for the employers, both public and private. And it is also a level of salary that straight away will attract a long queue of Malaysians applying. Even Malaysians who work as cheap labour in Singapore, earning less than SGD2,000 (RM6,000), would be willing to return on 2/3 of their previous salary, given the more affordable lifestyle .

It is time for the Government to guide the industries to understand this: progress means we use less and less labour and more and more machines; progress or profit must not be built on using human beings (unskilled foreign labour) like machines. There is a commonly held belief that Malaysians don’t want to work in 3D sectors. But in actual fact, hundreds of thousands of Malaysians are working as 3D workers in Singapore. The key is pay.

It is time for the entire society to focus on creating jobs for Malaysians. There is no other way to realise the spirit of #kitajagakita than to create jobs for fellow Malaysians.

I urge the Government to be very bold in this endeavour.