Hasni rises to the occasion when Muhyiddin fails 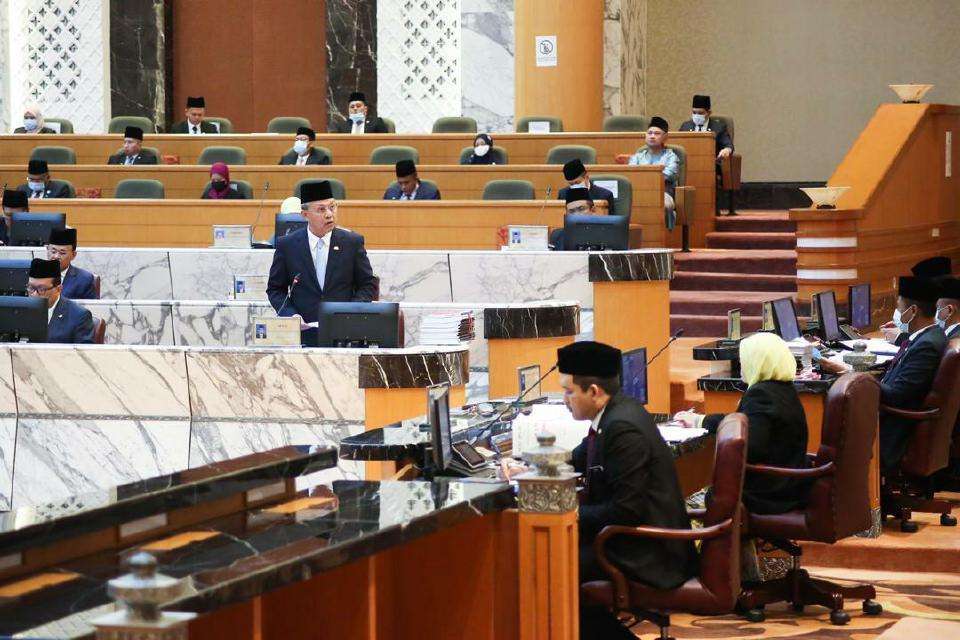 I am on the political opposite side of Johor Menteri Besar Datuk Hasni Mohammad but I would not hesitate to give credit where it is due. Hasni has risen to the occasion of governing with a healthy dose of bipartisanship while Prime Minister Tan Sri Muhyiddin Yassin, who happens to be Johor Assemblyman for Gambir, failed miserably.

Thus far, Muhyiddin has been trying to dominate and subjugate, alienating the opposition and his own allies while losing focus on the need to rally the nation to face the greatest political, economic and health crises that the country has ever seen.

Hasni has a two-seat majority (29 to 27) in the Johor State Assembly, where UMNO has 16 seats and Bersatu has 12 seats, with a lone PKR crossover making up the balance. Bersatu is of course not particularly happy with the fact that the party is now deprived of the Menteri Besar post.

At the national level, Muhyiddin brought with him six original Bersatu elected reps, 15 crossovers from UMNO to Bersatu, and 10 via Azmin Ali from PKR, whereas UMNO has 39 seats. But Bersatu took most senior ministerial positions. This brings Muhyiddin’s total support for now at 112 compared to 108 opposition in the Parliament.

Muhyiddin and Hasni’s situations are similar but the paths they have chosen to pass their budgets and deal with the opposition differed vastly.

While one can dismiss Hasni’s points as mere rhetoric, at least he has the right rhetoric suitable for our time while Muhyiddin refused to treat allies and opposition with respect.

The 2018 general election has dismantled the UMNO one-party state. The previous “big brother” is now limping with a set of leaders charged with multiple crimes; while facing attempts by Bersatu and Muhyiddin to break up and marginalise the party.

No political party is able to singularly dominate the scene.

All parties have similar strength. To ensure there is no free for all and stability is achieved, the society needs leadership.

Hasni defined the Opposition as a “strategic partner” in governing which is a departure from UMNO’s old idea of its dominance and attempts to eliminate the Opposition.

During the short stint in Opposition from May 2018 and February 2020, UMNO was destructive and obstructive, burning racial flames everywhere in the hope to burn the house down and restore its pre-eminence. At the national level, UMNO also did not take the opportunity to cleanse itself from kleptocratic leaders such as Najib Razak and Zahid Hamidi.

It is now time for UMNO, Bersatu and all parties to realise that there will not be a dominant party and Malaysia is a 50:50 democracy. Even a few more elections would still deliver some form of 50:50 results.

The Opposition will have to step up to be more than just a protest movement like how UMNO was during its 22 months as Opposition. Instead, the Opposition should present itself as the future Government and push the sitting administration to think about long term policies and to behave as bipartisan as possible for the benefit of the people.

When Pakatan Harapan ruled Johor, the then-Opposition was given RM50,000 as constituency allocation for the first time in history. Government backbenchers received RM300,000. Hasni has raised the Opposition’s allocation further to RM150,000 while giving another RM50,000 “one-off” Covid special funding to all elected reps regardless of party affiliation.

Furthermore, Hasni promised to seek the Federal Government’s consent to change the federal regulation of Jawatankuasa Tindakan Pembangunan Daerah to include Opposition elected representatives in the monthly meeting. We would like to see both State and Federal Governments showing political will to honour the promise as quickly as possible.

Hasni also agreed to form select committees in the State Assembly. We would like to see these committees formed as soon as the next sitting and given proper staffing and resources to play a meaningful role.

Can we trust Hasni? Was he doing this just to survive the Budget? Will he call a snap poll at the first instance to try to reclaim UMNO’s pre-eminence, hence relegating all these promises to scrap papers?

No one would know. But my point is Hasni is now prepared to change the narrative and provide a fresh framework for bipartisanship. We do not see that leadership from Tan Sri Muhyiddin Yassin’s federal government. In these trying times, bipartisanship is a necessary step in formulating the right policy ammunition and give the nation and the Rakyat a better chance of surviving the once-in-a-century triple crises.

The current parliamentary term ends on 16th July 2023. Rumour has it that Muhyiddin will call a general election before Ramadan 2021. The current approach by the Muhyiddin government is to dominate over allies and opposition parties. The more Muhyiddin alienates everyone, the more likely he would end up like the fate of Perak Menteri Besar Faizal Azumu.

Instead of trying to call a snap poll, Muhyiddin should start governing with bipartisanship for the sake of the nation which is still stuck in multiple crises.

Previous PostAzmin’s coup was planned as early as October 2019, before Sheraton
Next PostRESET & REFLECT: Ushering Malaysia 2021