12th Malaysia Plan: Time to Steer the Nation towards a Dynamic Growth Path 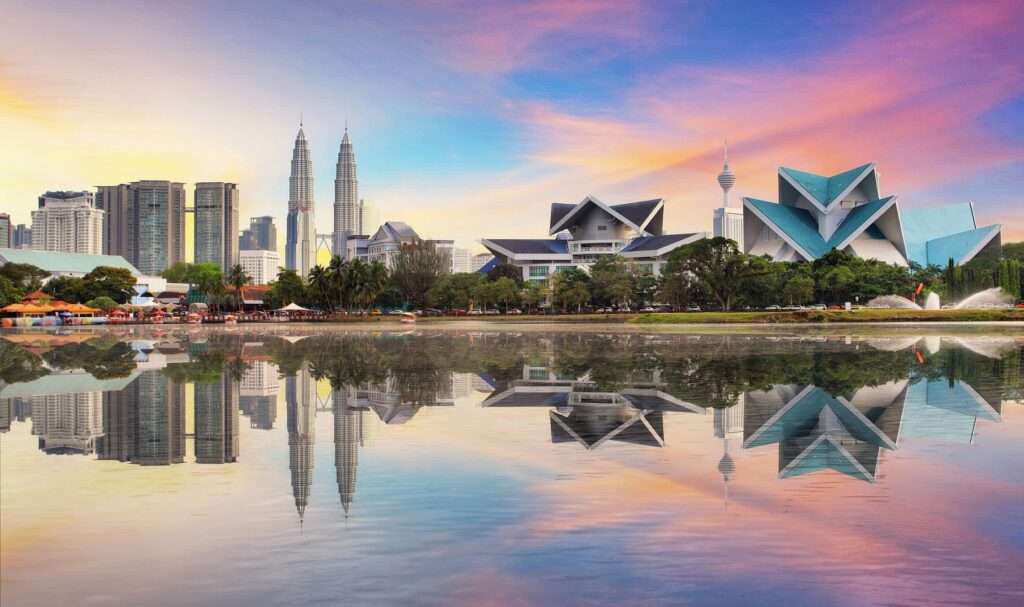 I appreciate the gesture by Datuk Seri Mustapha Mohamad, Minister in the Prime Minister’s Department, for briefing Senate President Tan Sri Dr. Rais Yatim and bipartisan Senators on the framework of the 12th Malaysia Plan on 22nd December 2020. I would also like to acknowledge Dato’ Saiful Anuar Lebai Hussen, Director-General of Economic Planning Unit (EPU), for being genuinely interested in feedback. The Plan would be presented to the Parliament in March 2021.

Mustapha promised the Senators that he and Finance Minister Tengku Zafrul Aziz would come to Parliament to brief MPs and Senators on the state of the economy as frequently as on a monthly basis starting from 2021. I would like the Government to consider going one step further to formalise these sessions through House and Senate Committees or Joint House-Senate Committees, which have not been attempted in our parliamentary history.

I told Mustapha that I hope I am wrong to feel that the 12th Malaysia Plan in its current form is taking a linear approach to conceive economic development. Instead, we need a dynamic approach to ensure that we organise ourselves to rise, lest we be doomed as others rise further and overtake us.

To illustrate, if the average growth rates of the last twenty years in GDP per capita for Malaysia and Singapore stayed constant, it would take us 1,600 years to match Singapore’s level. Keynes’ quip “in the long run we are all dead” comes to mind. Conversely, by the same calculation, Vietnam could overtake us by the end of this century.

In contrast, what does an economy with dynamic growth look like? Forty years ago, Shenzhen was a small, unknown fishing village. Between then and now, its GDP per capita grew by 56 times, and its overall GDP overtook Hong Kong’s in 2018.  If someone had predicted this even twenty years ago, they would have been considered foolhardily sanguine.

For multiple reasons, I am of the view that we should aim to achieve parity with Singapore, which means Malaysian GDP per capita would “only” have to grow five-fold. If we could double our average annual growth rate of the last twenty years, we could achieve this in fifty years.

Am I being foolhardily sanguine? Perhaps, but by setting our sights on such lofty goals, we can trigger more ambitious and creative thinking on our economy. The recipes of the past no longer work to generate economic growth for all, and the Covid-19 crises have shown how fragile some aspects of our economy are. We must do things differently. As the saying goes, insanity is doing the same things over and over again, but hoping for a different outcome.

Of course fifty years is also “in the long run,” but the benefits of higher growth will start accruing to the population even within a few years, in the form of better infrastructure, better and higher paying jobs, better education etc.

Failure is not an option. Muddling through as we did in the past two decades would only exacerbate the current grim reality: Malaysians are voting with their feet and moving abroad in search of better opportunities. Some 500,000 are working in Singapore as cheap labour with a salary of SGD2,000 and below. Thousands also went to Seoul to work as labourers and probably tens of thousands are picking fruits or working on construction sites – mostly without legal permission – in Australia.

While Malaysians are leaving, we fill the gap with foreign workers who are willing to accept salaries far below a living wage in Malaysia because they remit most of their earnings. Many also live in slave-like housing conditions. This reflexive behaviour removes any incentive for the economy to increase productivity and thereby wages. The 12th Malaysia Plan should put the question of jobs at the centre. The Government must pull all policy stops to replace the millions of low value-added, low-wage jobs with good jobs, that pay between RM2,500 and RM4,000 for semi-skilled roles, with their productivity multiplied by automation. Through this, other, more sophisticated workers will also be paid higher.

Another cornerstone agenda to increase household income is encouraging and assisting women to get into the workforce and stay in the workforce after child birth. For instance, instead of just talking about “entrepreneurship” among the Bumiputra community, the quickest way to empower and to increase their income is to help women to stay in gainful employment for as long as possible. A low or middle-income Bumiputra family, with proper support in the form of child care and aged care services, could become double-income instead of single-income. This could surely be the quickest way to increase the household’s income? Of course, the economy needs to generate appealing jobs that are worth the trade-off.

For all the focus on GDP per capita, it is of course a flawed measure, that doesn’t capture the distribution of income across the population. Hence, there is a further question that I feel the 12th Malaysia Plan must address—but I am not sure the Government is ready as of yet. It is whether we want to continue having a “pyramid-shaped society” in terms of income, where the bottom is huge, or whether we will devise policies to achieve a “diamond-shaped society”, in which the middle is the largest. We should think along the lines of T20-M60-B20, away from the current T20-M40-B40 categorisation.

In addition, for the 12th Malaysia Plan not to misfire we must confront a reality: Malaysia is very urban and we need to plan accordingly. Nearly 80 percent of Malaysians are living in urban areas while more than 70 percent of Malays are urbanites. To continue to conceive the Malays as a rural population is not being realistic.

For instance, federal money is usually distributed to the states in the form of “per capita grant,” but such arrangement would, for instance, deprive Southern Johor of adequate facilities such as school classrooms and hospital beds, as well as other infrastructure. Today, the entire nation congregates in Kuala Lumpur and Southern Johor and, to a lesser extent, Penang-Kulim corridor, to seek employment.

By extension, I am worried that no one at the helm has fresh ideas about how to run our cities and plan long-term transportation infrastructure, especially in the post-Covid-19 context that has changed so much of the way we work.

Given the rural and semi-urban nature of Northern and Central Johor, a different type of economic strategies would be required. The 12th Malaysia Plan may want to ask a hard question: are we sticking to palm oil in the next ten years or would we balance with more agriculture activities that would strengthen our food security at the same time?

There is another set of “built-in” contradictions that I am not sure the 12th Plan is able to bridge. The 5-year plan as a policy planning tool is tasked to the Economic Planning Unit to articulate. EPU’s actual teeth is its powers in deciding on how to allocate the “developmental expenditure” (DE). While EPU can write beautiful plan documents, not all ministries/departments would adhere to the more conceptual parts of the Plan. But Malaysia cannot just grow through hardware infrastructure investments. Ideas and policies need to be revamped yet EPU may not have sufficient leverage to push through.

I am also concerned with the following sets of challenges:

Corruption is something the 12th Malaysia Plan should not sidestep. How to transform the institutions to avoid decays, inertias and silos are crucial.

Equally, the Reagan/Thatcher-inspired “government is the problem not the solution” idea should be thrown out of the window. The 12th Malaysia Plan should seize the opportunity to redefine the role of the state as an essential participant in the economy. But we need a smart state. A good place to start is for the government to set clear “missions” aligned to broad societal objectives, as described by Mariana Mazzucato.

As former Deputy Defence Minister, I would like the Government to think through a “whole-of-government” approach to security. Chief among lessons from Covid-19 is not to take things for granted. Accidents, pandemic, security threats etc do happen.

One of the challenges faced by the Armed Forces is that defence procurement doesn’t fit into the five-year plan. Most assets would take years to procure and would need to take into consideration of maintenance over its entire shelf life often spanning twenty to thirty years.

I hope the Government would examine defence/security needs with a more long-term view. Major shake-up on the defence industry is both a necessity as well as a potential economic catalyst that we should not give up.

Third, Sabah, Sarawak and the states.

Decentralisation and devolution of some powers and responsibilities held tightly by the Federal Government should be seriously considered. Time to devolve, for instance, health care and transport functions to the states.

We may have to conceive access to the internet as a new basic right, just like access to clean air, water, roads etc., to avoid a potentially lost generation of Veveonah Mosibins. Covid-19 reveals clearly the digital gaps in the country. Of course, water, roads, railways also still require attention.

I hope the 12th Malaysia Plan would have very clear commitments to the Sustainable Development Goals as well as climate targets and how to reach them. Green is not just for the do-gooders. Green infrastructure comes with good jobs for the many.

Hopefully the Government is ready to discuss some of the above issues in a deeper manner in the 12th Malaysia Plan. Essentially, the Plan has to enlighten its readers and the wider Malaysian audience on “where will Malaysia be at in 2025 (end of the 12th Plan), 2030 (end of the “Shared Prosperity” policy framework) and 2035”