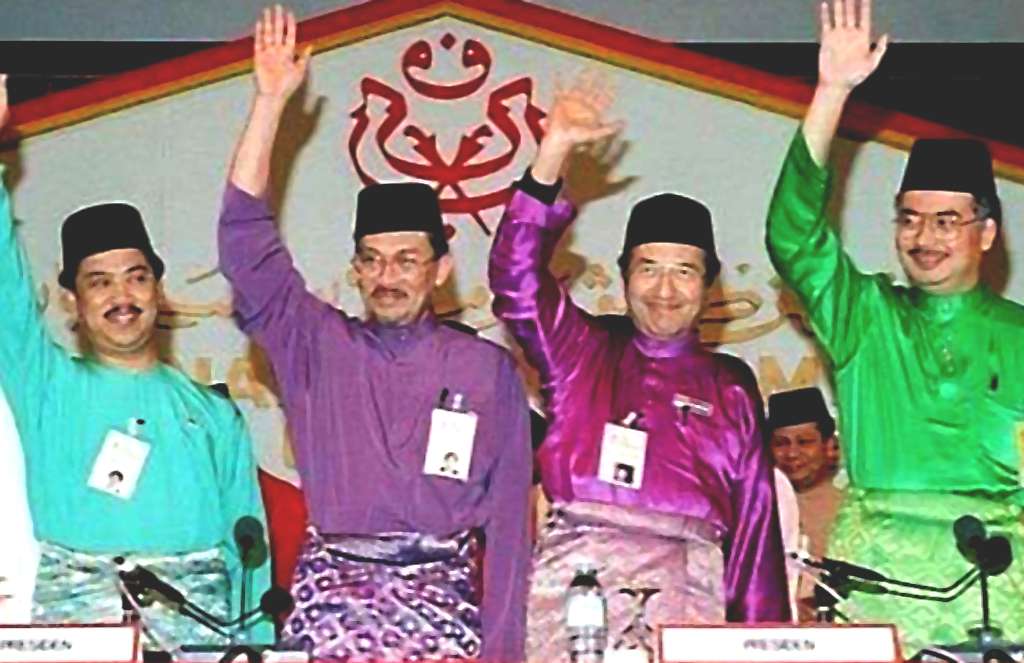 The only way out of the current political quandary is for Tan Sri Muhyiddin Yassin to call for a general election. However, the timing is wrong. Right now, during Covid-19 pandemic, protecting lives comes first.

Yet, an election will come, sooner or later. We need to prepare for it. To understand the current political chaos, we have to appreciate a three-kingdom situation, whether in terms of political coalitions or voting blocs.

The Three Kingdoms from 220 to 280 AD were the tripartite division of China among the states of Wei, Shu, and Wu. The Chinese legend tells the epic story of savage competitions among the three states, all claiming to unite the nation. In both fact and fiction, it is a tale of political coalitions, diplomacy and trickery amidst a lot of plot twists.

Malaysians were used to the dominance of a single political hegemon, in the form of the Alliance and later Barisan Nasional, from the 1959 general election to the 2008 political tsunami.

By 2008, a direct confrontation between two coalitions emerged until the Sheraton coup in February 2020 which toppled the newly elected Pakatan Harapan. Now we have now entered a three-way fight which is expected to last for quite a while, at least until the dust settles in the next general election.

After betraying Pakatan Harapan, on 1 March 2020, Prime Minister Muhyiddin came to office by cobbling together a make-shift coalition of parties and renegade Members of Parliament through the Sheraton coup to constitute a bare majority. His government had a maximum of 114 MPs out of 222 seats in Parliament.

The coup coalition is fundamentally unstable with Muhyiddin’s own Bersatu has only 31 seats, of whom six were won in the 2018 election, 15 from UMNO crossovers after the election and 10 from Datuk Seri Azmin Ali’s Parti Keadilan Rakyat faction.

They were joined by Islamist PAS 18 seats, and supported by Gabungan Parti Sarawak 18 seats, Barisan Nasional 42 (with UMNO’s 39 seats) and several other MPs. (One UMNO MP has recently passed away).

Anwar is inclined to work with UMNO’s Datuk Seri Najib Razak and Datuk Seri Ahmad Zahid Hamidi to form a new government but DAP and Amanah are not comfortable with the idea. DAP and Amanah prefer that all on the opposition bench should unite as one bloc before negotiating with others.

To conceive Malaysian politics from now on requires us to think in a three-kingdom framework.

In terms of coalitions, there are now three coalitions:

What are the possible scenarios when the general election is called? Whether the Muhyiddin government survives in the short-term, it is very likely that UMNO will run against Bersatu.

PAS is more comfortable with Bersatu. It wants greater dominance in Kelantan, Terengganu, Kedah and Perlis. Since the break in PAS in 2015 which saw the departure of its more moderate faction, the current party leadership has no intention to win seats in West Coast mixed ethnic seats and aims to make it the kingmaker in national politics by winning as many seats in the ‘Malay belt’.

Bersatu would be able to concede almost all seats in these states to PAS as Bersatu is weak anyway. UMNO however would not give up the Malay belt seats to PAS as UMNO members in those states would not allow the leadership to do so.

UMNO is still very much led by Zahid and Najib with little remorse and without any reform agenda despite its defeat in GE14. There are talks of an UMNO resurgent but it is more about mobilising against Muhyiddin and Bersatu in times of economic hardship.

While UMNO has gained some ground, is very much at the expense of the Perikatan Nasional government which Barisan Nasional is also indirectly part of.

However, Zahid and Najib are still toxic to middle ground Malay voters, not to mention the wider national population. Either UMNO steps up to reform and promote a new leadership or there will still be a huge vacuum to be filled by other forces.

I don’t rule out the possibility that UMNO may embark on a journey of removing Zahid and Najib, and dealing with its lack of integrity in a serious manner. But so far that is not happening.

In such a three-kingdom scenario lies a huge vacuum for a resurgent Opposition grand coalition to fill.

In terms of voting bloc, of the 165 Parliament seats in Peninsula, 65 seats are strongholds of the Grand Opposition that brings together strong non-Malay support and significant level of Malay votes in some selected geographical areas. Of the 65 seats, 55 had been won in 2008, 2013 and 2018 while another ten were won in 2013 and 2018. The grand Opposition is likely to retain these seats.

UMNO, even at its lowest ebbs when voters’ hatred against Najib and his wife Rosmah Mansor was collapsing on it, managed to win 46 seats in Peninsula in GE14. It was UMNO’s worst case scenario. Therefore, the remaining 54 seats in the Peninsula are the swing seats that would determine the future of Malaysia.

If the Grand Opposition could win another 35 seats on top of the 65 seats, i.e. winning 100 seats in the Peninsula, it will reach the minimum 112 seats to form a majority government with the help of seats from Sabah and Sarawak.

Right now, we are facing a three-kingdom scenario where the grand Opposition should begin thinking about the 65-seat voting bloc it has in the Peninsula. It must devise a strategy to become the largest bloc in a three-way election.

Even if UMNO and Bersatu as well as PAS are on the path of their civil war, the Grand Opposition should remember one thing: do not give Zahid and Najib a free pass to walk away from prison. It’s difficult to forgive them for the damage they had done to our beloved country.

Previous PostWhy DAP’s leadership structure is better than that of UMNO’s?
Next PostMalaysia’s two emergencies: why 2021’s freeze on democracy is not like the trouble of 1969