Malaysia’s two emergencies: why 2021’s freeze on democracy is not like the trouble of 1969 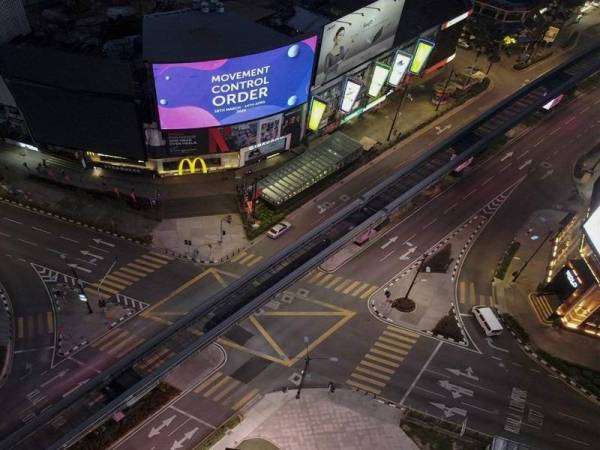 Amid soaring Covid-19 cases, the prolonged political crisis in Malaysia since a parliamentary coup in February last year came to a head on Tuesday when a state of national emergency was declared for the first time since 1969. At the time, parliament was suspended after racial riots broke out between Malays and Chinese in Kuala Lumpur, leaving almost 200 people dead. It only reconvened in 1971.

Under a state of emergency, Prime Minister Muhyiddin Yassin and his cabinet now have powers to make laws without parliamentary approval. This essentially means Malaysia’s rendezvous with democracy – which only began with the May 2018 election that brought down the only ruling coalition the country had known since its independence in 1957 – is now fully frozen. So what’s next?

The irony is that the massive increase of Covid-19 cases provided an excuse for Muhyiddin to amass unfettered executive powers without having to be accountable to parliament.

The emergency was declared in the name of a rapidly worsening health crisis, which can be very much attributed to the third wave of infections since September as a result of the huge numbers of people travelling during the Sabah state election. Up until August, Malaysia had more or less flattened the Covid-19 curve.

The United Malays National Organisation (Umno)-Barisan Nasional regime under former prime minister Najib Razak was defeated in the 2018 general election very much because all of Najib’s enemies – particularly Mahathir Mohamad and opposition prime minister Anwar Ibrahim, nemeses since their falling out in 1998 – had a detente and formed a grand coalition.

But that Pakatan Harapan government was inherently unstable due to the rivalries between Mahathir and Anwar, and in each of their respective parties there was a subplot – Muhyiddin, at the time home affairs minister, was unhappy with Mahathir’s rule, while Anwar had an estranged relationship with his erstwhile protégé Azmin Ali.

Through what has come to be known as the “Sheraton coup” in February last year, Muhyiddin and Azmin aligned themselves with the parties that lost the 2018 election, namely Umno, the Islamist PAS, and Gabungan Parti Sarawak. They cobbled together a weak coalition that has held no more than 114 out of the 222 seats in parliament while it has been in power, which has been the source of instability ever since.

Muhyiddin tried very hard to induce crossovers to his side, but to very little success. This prompted an aggressive attempt to cause the fall of the Sabah state government in the hope of forcing the hand of its then chief minister Shafie Apdal, who controlled 10 precious seats in parliament. Shafie responded by dissolving the state assembly in July, and elections were held on September 26.

Shafie’s enemies, namely Muhyiddin’s Bersatu party and Umno, fought each other during the state election but successfully formed a government in the state after the polls with their combined number of seats.

However, the Sabah election left Umno with a bitter taste, and prompted the escalation of their efforts to sabotage Bersatu. Umno felt Muhyiddin was holding office solely based on its parliamentary support, and also that the prime minister had not treated the party fairly.

Umno bigwigs Najib and its president Zahid Hamidi– both of whom are facing corruption charges and hoping the Sheraton coup would be a get-out-of-jail pass – began working with Anwar to launch a parliamentary coup to bring down Muhyiddin. Anwar announced that he had a “strong, formidable and convincing” majority on September 23.

The rise in Covid-19 cases as a result of the Sabah election also gave rise to the notion that if Muhyiddin could not call a general election immediately to deal with Umno’s threats, an emergency should be declared. Ahead of the November parliamentary session, Muhyiddin attempted to declare an emergency but Malaysia’s king, Sultan Abdullah Sultan Ahmad Shah, rejected the proposal on October 25 after consulting the country’s eight other hereditary Malay rulers.

There was a window of opportunity in late October and early November to negotiate a peace deal in the form of a “confidence and supply agreement”, which would have seen the opposition pass the budget and commit to not causing the fall of the government. Alas, the mistrust at all levels and the temptation of ruling through the state of emergency means the Muhyiddin government did not explore such arrangements, which would potentially have enhanced parliamentary democracy rather than harming it.

The rivalry between Muhyiddin’s party and Umno intensified in the subsequent months. On December 4, Umno and members of the opposition deposed Bersatu’s Faizal Azumu from his position as the head of Perak state in a vote in the state assembly, further intensifying the open warfare within Muhyiddin’s coalition.

The final count during parliament’s Budget 2021 session on December 15 showed that the Muhyiddin government received 111 votes while the opposition had 108 votes. Several Umno MPs began to withdraw their support for Muhyiddin, including former minister Nazri Aziz, who made his announcement on January 12 – the day the emergency was proclaimed.

The Malaysian voters defeated the one-party rule of Umno-Barisan Nasional in May 2018, yet the emergency proclamation this January is the final nail in the coffin of that democratic experiment.

The other set of ironies is that a weak prime minister who came to his position through a parliamentary coup, and is on the verge of losing power, now has unfettered powers under the emergency and no need to be accountable to parliament.

But what if the prime minister’s popularity goes further south and his party no longer has a viable path to victory, would he give up his powers to call for a general election? I have my doubts. Herein lies the fear of authoritarian slide.

In the months to come, Muhyiddin is expected to turn against the Umno leaders, particularly Najib and Zahid, in a more concerted manner – as the only way he can be victorious in a future election is to divide and conquer Umno. Along the way, the opposition is likely to be collateral damage, too.

If there is anything to hope for, Malaysia in 2021 is not 1969. There is a huge population of swing voters who have high expectations of the government and who would not tolerate the return to one-party state authoritarian rule.

While Muhyiddin attempted to turn the clock back through the emergency, Malaysians will move forward, nonetheless.

*This opinion piece was first published on the South China Morning Post on 16th January 2021 https://www.scmp.com/week-asia/opinion/article/3117947/malaysias-two-emergencies-why-2021s-freeze-democracy-not-trouble