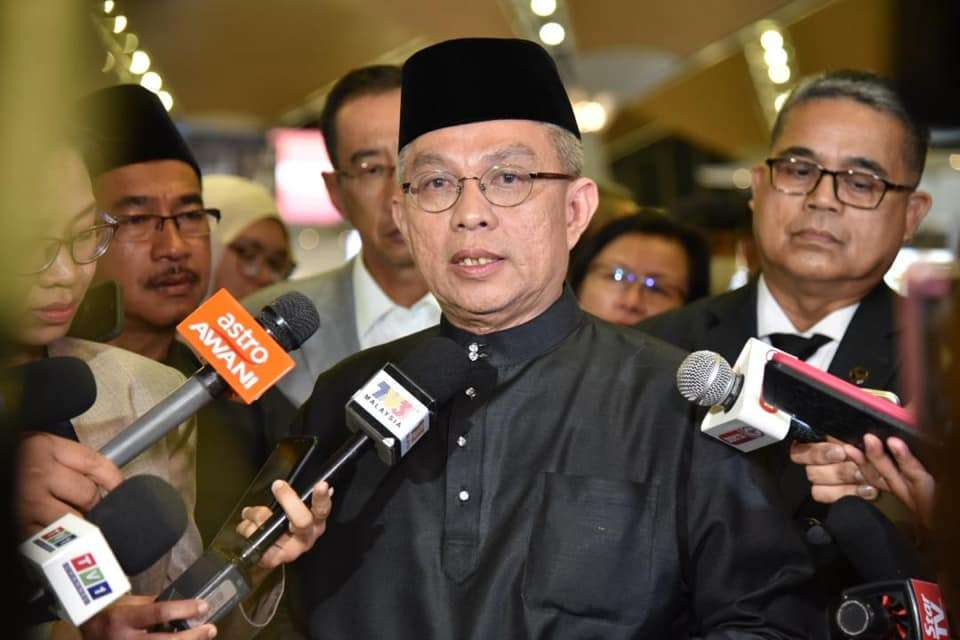 It has been a year since Malaysia  recorded its first coronavirus infection, last January 25. The country’s recent surge in cases is a perfect storm caused by a government without legitimacy, a bureaucratic structure that hampers a whole-of-government approach, and a fetish for fiscal discipline at the wrong time.

Malaysia’s third wave of infections started in September last year at a detention facility in Sabah, and spread as politicians and political workers travelled to campaign for the state’s elections. Now, with daily case numbers regularly exceeding 3,000, it’s clear that the pandemic is out of control. On January 23, daily cases reached 4,275, the highest ever.

Authorities announced a second lockdown, or movement control order, on January 11 to contain the spread of Covid-19,  while the king declared an emergency on January 12 on the advice of politically embattled Prime Minister Muhyiddin Yassin. Since the beginning of the year, five of Muhyiddin’s 32-member cabinet have tested positive for the virus.

For months, health workers have urged the government to prioritise limited hospital resources, particularly beds in intensive care units and ventilators, for severe cases. But the Health Ministry has only recently decided to allow those Covid-19 patients who are asymptomatic or show only mild symptoms to quarantine at home – finally falling in line with World Health Organization recommendations.

Dr Noor Hisham Abdullah, Malaysia’s health director general, has been lukewarm about using antigen rapid testing kits for mass testing, preferring instead to rely on PCR tests, which are undoubtedly more accurate but are also more costly and take longer to process because of laboratory capacity constraints.

The Health Ministry’s standard procedures still do not include testing contacts without symptoms, even though asymptomatic or mildly symptomatic cases form most of the total caseload. Due to the recent spike and constrained by limited human resources, it has also practically abandoned contact tracing.

Unlike many countries with a federal system in which health is a policy area shared between the national and state or provincial governments, the Malaysian health system is a national prerogative. Hospitals across the country are under the stewardship of one man: the health director general.

Malaysia’s federal civil service is modelled after India’s structure. Generalists trained in the same pool are posted to and rotated among all ministries. An Agriculture Ministry secretary general, for example, could be transferred to the civilian side of defence at the drop of hat.

But health, the armed forces, police, public works and education, among other government sectors, have a head selected from among that particular profession. The Health Ministry’s director general is therefore the No 1 doctor in the country responsible for the health system. Together with the secretary general, a careerist from the civil service pool, both are accountable to the health minister, who has to be an elected or appointed politician.

The minister in turn is a member of cabinet, which supposedly makes collective decisions for the nation through its weekly meetings.

Muhyiddin, who became prime minister on March 1 last year following a parliamentary coup, took a major gamble by announcing a movement control order mere days after naming his cabinet on March 9. The order came into effect on March 18 at midnight, leaving little time for new ministers who lived outside the capital to find housing, let alone learn anything about their ministries.

Dr Adham Baba, the new health minister, made a disastrous first television appearance on March 19 in which he told the public to drink warm water to “flush” the virus down to the stomach. The doctor, who used to run several small-town private clinics, was roundly panned on social media and instructed by Muhyiddin’s media operatives to disappear from public view.

His predecessor, Dr Dzulkifli Ahmad, had handled the daily coronavirus press briefings before the coup and in Adham’s absence Noor Hisham took over the responsibility – emerging as a calm presence in a sea of political chaos.

The health director general’s show of leadership lent a measure of “performance legitimacy” to Muhiyiddin’s administration and led to much good will for the new prime minister, who was widely credited with flattening the pandemic curve. By June, Muhyiddin was even thinking of calling a snap poll in an attempt to boost his razor-thin parliamentary majority and win a strong mandate to govern.

Instead, incessant politicking and a fresh coronavirus surge saw his popularity decline rapidly from October, which led to even more political horse-trading.

To make matters worse, Noor Hisham’s blind spots and personal preferences – such as his aversion to using rapid test kits, not testing contacts without symptoms and focus on a Health Ministry-dominated approach – have become even more apparent amid the latest wave of contagion. A cabinet reshuffle to put in place a more competent health minister would likely provide the necessary political leadership.

It was only last week that Malaysia’s private hospitals were finally roped in to the battle against Covid-19, with the government invoking the recently declared state of emergency to coerce them into taking on coronavirus patients for the first time – though hospital operators argued that they had offered to help before.

Malaysia has a two-tier health care system, yet many of the profit-making private hospitals in its big cities are actually owned by sovereign funds or government-linked corporations, and are only dressed up to operate like private entities. There are also ubiquitous private clinics, which offer relatively inexpensive outpatient care, but these have yet to be mobilised for the Covid-19 fight.

The country was not as aggressive as some of its neighbours in trying to procure vaccines, dumbfounding observers when it missed an earlier deadline to join the WHO-backed Covax facility. Science Minister Khairy Jamaluddin, a relatively competent member of the cabinet, became more visible in the wake of this slip up and led the catch-up effort, with vaccines reportedly set to start arriving in the country in late February.

Beyond the lack of political talent and leadership in Covid-19 management – and an over-dependence on Noor Hisham – the government’s insistence on “fiscal responsibility and discipline” at this time of crisis is also problematic.

Finance Minister Tengku Zafrul Aziz, a banker by trade, is still talking about fiscal discipline and attempting to keep the books balanced. There has been no political appetite for massive spending on Covid-19 measures, despite my urging the government to hire tens of thousands of contact tracers and other frontline health workers – instead of merely instructing employers of migrant workers to send them for testing at their own cost, for example.

There are about 1.6 million documented migrant workers in Malaysia and probably millions more without documentation. Thus far, nearly two months after the “mandatory” testing directive, slightly fewer than 200,000 migrant workers have been tested, with many more dangerously undetected.

It’s high time the government recognised that, as far as Covid-19 health measures are concerned, it’s right to be “fiscally irresponsible” – though any extra spending must not give rise to corruption.

Yet old ideas and habits die hard. Malaysia’s prisons are currently holding some 70,000 inmates, despite only having the capacity for about 52,000. More than 10 per cent of prisoners and staff have already tested positive and I – together with Azalina Othman, the deputy speaker of parliament and a government MP – have repeatedly urged the Home Ministry to deal with prison overcrowding, but there is no political will to do things differently.

Covid-19 has exposed Malaysia’s political divisions, unwieldy bureaucracy and general capacity, or lack thereof, to deal with a crisis. The time has come for Muhyiddin’s administration to ramp up whole-of-government and whole-of-society efforts to fight this virus.