A Year After Sheraton Coup – Why I remain an optimist 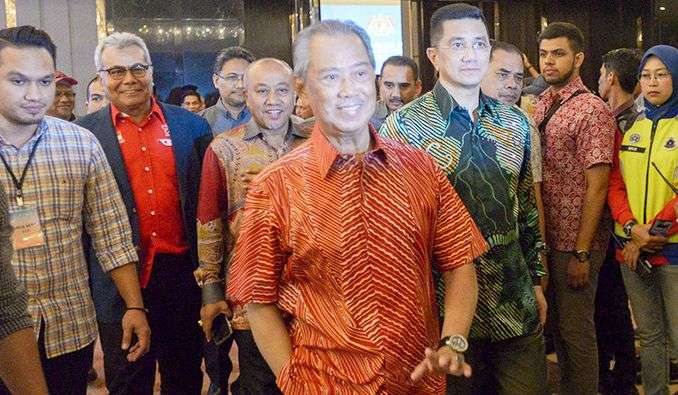 I have lots of stories to tell about the coup a year ago. But I will leave that to another day. What I want to do today is to explain why I remain an optimist.

If we use the recent history of the United States, one can playfully equate the Obama presidency with Pakatan Harapan government; the Perikatan Nasional period with the Trump administration. Some levels of sanity shall return when a Biden coalition comes back to helm the nation.

Of course, things could go very wrong and worsen. For instance, say Tan Sri Muhyiddin Yassin found out that his coalition would be doomed in a general election, he may want to prolong the emergency forever. If so, we may look more like Myanmar than we ever want to.

But on the other hand, there are reasons to be cautiously optimistic.

We must first answer the question: was 2018 win a fluke or structural?

UMNO won 46 seats in the Peninsula in the last election when it was at its lowest ebbs ever in terms of reputation and the appeal of its leadership. An UMNO minus the corrupt court cluster with rejuvenation of leadership and some humility, perhaps a profound apology, would probably win those 46 seats relatively comfortably, even if it has to battle Bersatu or PAS.

Pakatan Harapan won the last election because it won the semi-urban Malay majority yet mixed ethnic seats, such as Pagoh, which has 64 percent Malay and the remaining are non-Malay voters. The structure hasn’t changed. And within such structure, to defeat Tan Sri Muhyiddin Yassin in Pagoh is not impossible. Also, on election night, Pakatan and its allies in Sabah, Parti Warisan, held on well with a combined 14 seats while winning PKR and DAP won 10 seats in Sarawak. The Sarawak Barisan Nasional won only 19 seats out of 31 seats. I have friends in Barisan who told me that the moment they saw the results of Sarawak BN, they knew that they were doomed.

The structural support for the grand opposition to win 65 seats in Peninsula hasn’t changed. The challenge now is how to win the next 35 seats to reach 100 at least.

The Sheraton coup is an overreach by those who believe in the idea that a Malay-only government is good for the Malays. The last year is a living proof that a Malay-only government doesn’t guarantee that it is to the benefit of the Malays, not to mention Malaysians. The “dua darjat” outcry is so loud among the Malays because they felt it particularly strong: those who rule in the name of the Malays are causing harm to the lives of ordinary Malays.

Young Malaysians do not take nonsense from politicians. Those who are below 30 years old have not seen a day in their lives without the internet. They grew up doubting authorities. If their parents tell them something, they would turn to google to see what Wikipedia says. They don’t even trust the opinion of their parents fully, do not expect them to kowtow to authorities. It is something that all politicians from all parties need to recognise. The 30-years old and below are not looking for a superman or batman. They will probably look to the leadership of Avengers, a team of collaborators. Whether it is Tun Dr. Mahathir Mohamad or Datuk Seri Anwar Ibrahim, the days of superman is over. They need to be seen in a team and seen to be able to collaborate.

This brings us to the point about the purported popularity of Tan Sri Muhyiddin. The measurement is happening in a vacuum with old terms of reference. Muhyiddin is popular for now if he is contrasted against other individuals such as Dr. Mahathir or Anwar. But Muhyiddin’s leadership has not been measured against a team. The moment you compare Wan Azizah Ismail versus Rina Harun; Dr Dzulkifli Ahmad versus Adham Baba; Anthony Loke versus Wee Ka Siong; Darrel Leiking versus Azmin Ali etc, Team Muhyiddin provoked anger among voters.

This is the lesson that the grand opposition has to learn fast. It is no longer about a single individual. It is about a functioning leadership team that the voters are choosing. After all, Malaysia is a Westminster system, not a presidency. No more superman, look at Avengers.

The Covid-19 crisis has taught the world new ways of measuring leadership. Because the crisis happens simultaneously across a world that is highly connected via the internet, no one could hide their flaws. Covid-19 positive cases and death rate are compared across the globe. The timing of vaccine arrival is compared with our neighbours.

One just can’t pretend to be smart when one is not. The public looks to competence and empathy in leadership. Each of these or the lack of them have grave implications on the ordinary people.

Politics and policies are not a show anymore. They are matters of life and death.

And the public learn to listen to experts and reject politicians who do not understand science. These are the lessons gradually entering the consciousness of the wider public. And they will not go away even after Covid-19. Science and evidence-based policy making will be valued more favourably.

Policy-making on the fly at press conferences by leaders, incompetent leadership, lack of empathy or arrogance or simply “dua darjat” practices, would be abhorred.

Team Muhyiddin is living with the Stone Age conceptions of leadership. A year after the coup, it is time for all his opponents to meet and match the new public expectations of leadership that is competent, empathetic and science or evidence-based.