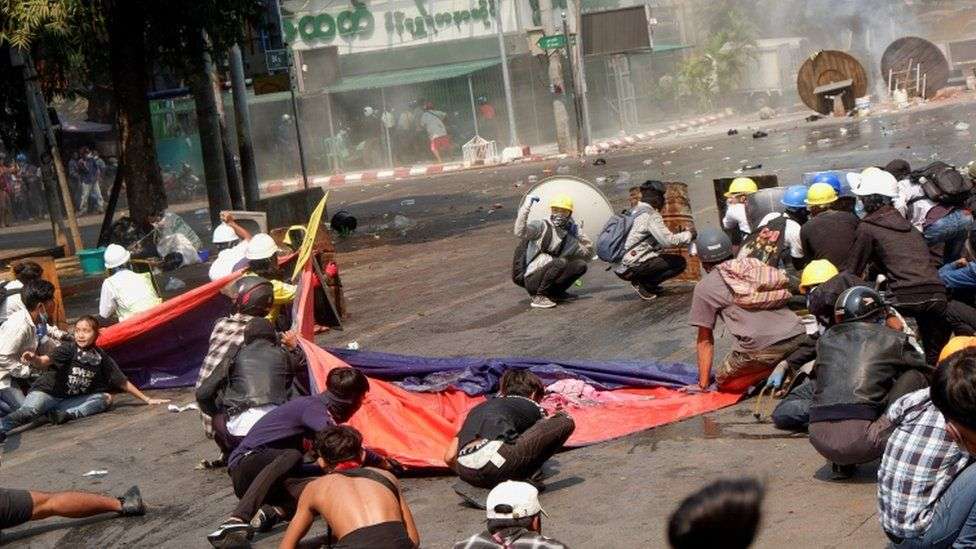 It is a dark day not only for Myanmar, but for those who has worked hard to promote peace in the region. At least 38 people were reported to be killed today after the Myanmar’s security forces opened fire to the protesters on the street, while the UN believed that at least 50 people have died since the coup began on February 1. Among them was a 19 year old girl, Angel, who was shot dead in her head while protesting on the street fighting for democracy in her own country. She seems to have a foresight about her own danger, having left her contact and instructions about organs donation in the event of her death, before she went to the streets.

Just yesterday, ASEAN ministers has met to discuss on Myanmar. Malaysia, represented by Foreign Minister Hishammudin has expressed the country’s unequivocal commitment in working towards the return of normalcy in Myanmar. While I welcome Malaysia showing leadership on the Myanmar issue, I urge our leaders to go beyond making statements and show concrete efforts.

The death of this 38 people and Angel should be a wakeup call for all of us. There is no time to waste. The Myanmar authority must be held accountable on the violence it incurs against its own people. As a priority, Malaysia must continue the dialogue with Myanmar authorities to ensure the unconditional release of the political prisoners and demand the violence against peaceful protesters and those involve in civil disobedience movement to stop.

As fellow ASEAN member states, Malaysia has an obligation and interest in ensuring that stability and rule of law in Myanmar. As the Foreign Minister stated, Myanmar’s stability is integral to Asean’s regional integration and economic success and while Myanmar has prerogative over its own domestic political matter, this cannot be at the expense of the common good of all in the Asean region.

ASEAN and Malaysia must work closely with the UN and other countries to bring Myanmar on the table of negotiation in seeking a sustainable, peaceful solution going forward through constructive dialogue. Given that there are disputed claims of legitimacy between the State Advisory Council and the Committee Representing the Union Parliament (CPRH), Malaysia must ensure that both sides are heard and consulted until one party emerged with convincing democratic legitimacy. To that end, we can leverage our relations between our armed forces, business sector, academia and civil society to ensure that all channels are open.

Finally, Malaysia must also be proactive engaging with external partners, including the US, China, India, Japan and other regional powers in seeking a way forward on Myanmar. ASEAN and Malaysia can play the role as convenor or facilitator between these powers to make sure that the issue of Myanmar does not become another ground of power competition, but that the best interests of the people of Myanmar and the region are upheld.

Previous PostMalaysia should halt handing over of 1,200 Myanmar nationals to the military junta
Next PostMalaysia-Saudi Relations Should Be Based on the Principle of Neutrality