Why we should be kinder to Rohingya refugees 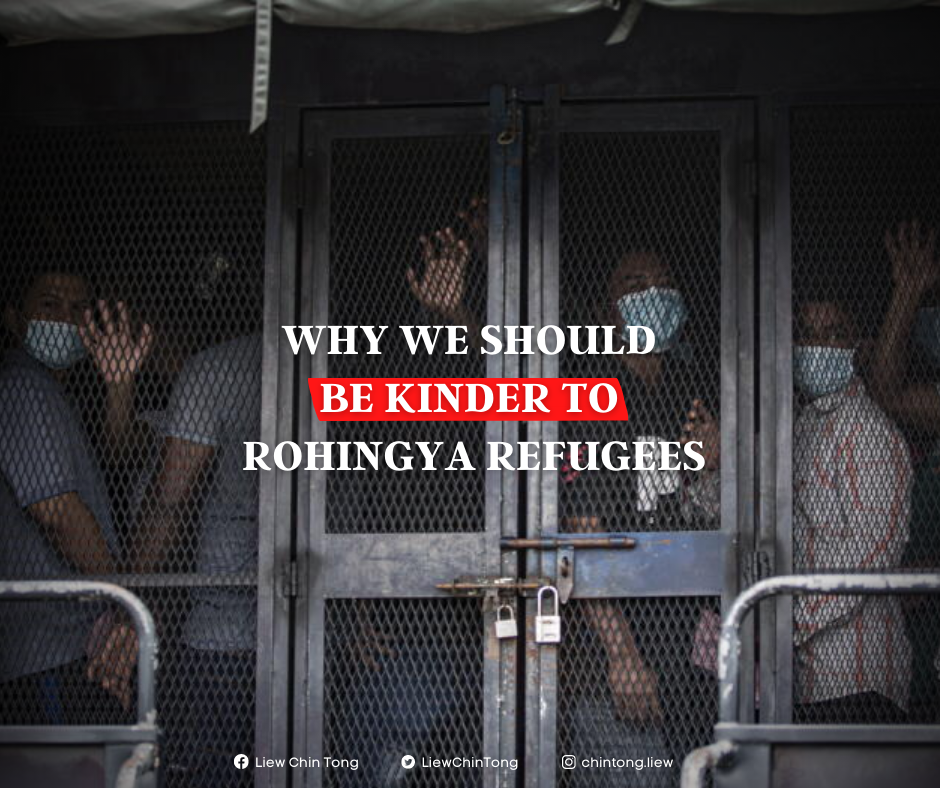 I read with distress and alarm the heightened publicity attacks against the Rohingyas and other migrants by Home Minister Dato Seri Hamzah Zainuddin and Immigration Director-General Datuk Khairul Dzaimee Daud.

Distress because the Rohingya as a group have been subjected to persecution and suffered genocide at the hands of the Myanmar military, and alarm because of the vitriol against a defenseless people.

In August 2017, more than 742,000 Rohingya fled Bangladesh seeking refuge from the Myanmarese regime’s pogrom. Many perished along the way. The refugees who made it to Bangladesh have been sheltered mainly in the camps in Cox’s Bazar and Teknaf. With this massive influx of refugees adding to an older generation of Rohingya who had fled Myanmar into Bangladesh decades earlier, the numbers soon mushroomed to more than a million Rohingya refugees, squeezed into a crowded and underdeveloped border region of Bangladesh.

To enable us to visualize the misery and abysmal conditions they live in, just imagine – there are more than one million refugees in an area of 30 sq kilometres (12 square miles) for a density of 30,000 in one square kilometre.

Malaysia was once the most vocal advocate for Myanmar’s inclusion in ASEAN back in the 1990s despite Myanmar being ruled by a military junta. Hence successive administrations felt a sense of responsibility in ensuring the general wellbeing of the Myanmar people and in ensuring Myanmar’s integration into the international community.

During the opening up in the early 2010s, former Prime Minister Tun Abdullah Badawi took a keen personal interest in Myanmar. After retiring as Prime Minister, he made a private visit to meet with both then President Thein Sein and Daw Aung San Suu Kyi in 2012.

Former foreign minister Tan Sri Syed Hamid Albar was even made the Organisation of Islamic Cooperation’s Special Envoy to Myanmar in 2014, a recognition of Malaysia’s then deep concern for and strong network with the Myanmar establishment.

In December 2016, in an attempt to signal UMNO’s closeness to PAS, then Prime Minister Datuk Seri Najib Razak and PAS’ President Datuk Seri Hadi Awang shared a stage in Titiwangsa Stadium in solidarity with the Rohingyas. The OIC’s Council of Foreign Ministers also met in Kuala Lumpur in January 2017, calling for a halt in military operation and restoration of the Rohingya’s status.

The solidarity with the Rohingyas generated significant public support and, to a large extent, has guided the Malaysian government approach towards the Rohingya until the collapse of the Pakatan Harapan government in February 2020.

The Malaysian government under Najib, with Datuk Seri Hishammuddin Hussein as Defence Minister, reacted swiftly and rather creatively in the aftermath of the August 2017 massacres and exodus by sending a team of doctors and medical personnel from Malaysia’s Armed Forces medical corps to set up a field hospital in Cox’s Bazaar.

I am made to understand that the Bangladesh government initially wasn’t warm to the idea of Malaysia’s armed forces personnel being deployed to help refugees from a third country stranded in its territory.

By the time I visited Dhaka and Cox’s Bazaar as Malaysia’s deputy defence minister in May 2019, senior government and military leaders in Bangladesh were all in praise of the excellent work of the Malaysia’s field hospital.

Kutupalong camp in Cox’s Bazar is now the largest singular refugee camp in the world. There were more than 10 field hospitals in the camp with the Malaysia and Turkish ones being most well-equipped. The Malaysia field hospital, while set up in tents, was the most sophisticated referral hospital in the poor region. Situated at the entrance of the refugee camp and therefore also serving the local residents, who otherwise won’t be allowed to enter the camp.  25 percent of the patients were locals, the remaining were Rohingya refugees.

The Pakatan Harapan government continued the long-standing Malaysian concerns for the Rohingya issue. Defence Minister Mohamad Sabu visited Cox’s Bazaar in July 2018 and, at my urging after my visit, Foreign Minister Saifuddin Abdullah visited in July 2019. Then Prime Minister Tun Dr. Mahathir Mohamad spoke strongly for the Rohingya in his United Nations speeches. In all our defence diplomacy engagements, Mohamad Sabu and I listed the Rohingya issue as one of the key issues the Ministry of Defence championed.

The political leadership including Dr. Mahathir was looking for ways to give some form documentation and work permits in designated sector to the Rohingya without giving them official refugee status, which current Malaysia laws does not yet provide for. The general attitude of the Pakatan Harapan government was not to signal to the Rohingya that they should come to Malaysia but at the same time recognised the need to find a practical solution to the 150,000 Rohingya refugees already in Malaysia.

Then Home Minister Tan Sri Muhyiddin Yassin made the above points succinctly in a meeting chaired by Deputy Prime Minister Datuk Seri Wan Azizah Wan Ismail in December 2019 which I attended. The Immigration Department was directed by the meeting to work out a middle-path solution. But under Prime Minister Muhyiddin, the government took the opposite and harsher approach.

The point I was making was a serious one. Many of the refugees do land in Langkawi. More importantly, the Rohingya issue has to be handled internationally. The more support Malaysia could give to Bangladesh to handle the refugee crisis within its borders, including cooperating with Bangladesh and other regional neighbours to punish the human traffickers who smuggled refugees across the seas to Malaysia.

The point that we have to accept is that the Rohingya in Malaysia have nowhere to turn to as the situation in Myanmar is even more uncertain after the coup in February 2021. The Rohingya here are vulnerable and marginalised, subjected to abuses by employers and occasional extortion by enforcement officers. Almost 2,000 Rohingya, including a high number of children, remain in detention.

I am particularly disappointed that the Perikatan Nasional government has wasted the regional goodwill both the previous Barisan Nasional and Pakatan Harapan governments had created on the issue of the Rohingya.

The hard-line and xenophobic sentiments generated by the Perikatan government in April and May 2020 and recently have harmed the nation’s standing in the region. This has set Malaysia backward.

In time of Covid-19, we should realise that being kinder to the Rohingya and migrants is actually being smart and practical for everyone.

A generally accepted view is that when 80 percent of adults in Malaysia are vaccinated (and this includes migrant workers, documented or otherwise) Malaysia will achieve herd immunity.

But Hamzah and Dzaimee’s xenophobic and threatening statements will drive the millions of undocumented migrants in Malaysia into hiding and we will not achieve the herd immunity so vital for our path to recovery as a nation.

To reach that herd immunity, we will need compliance and consent by all migrants to come out to be vaccinated. And the only way to get compliance is to give all of them some forms of protection from being arrested and abused.

Being kind is being smart and practical, especially in the context of fighting Covid-19. Being kinder to the Rohingya refugees is being kind to ourselves. It is time for us to recognise that.