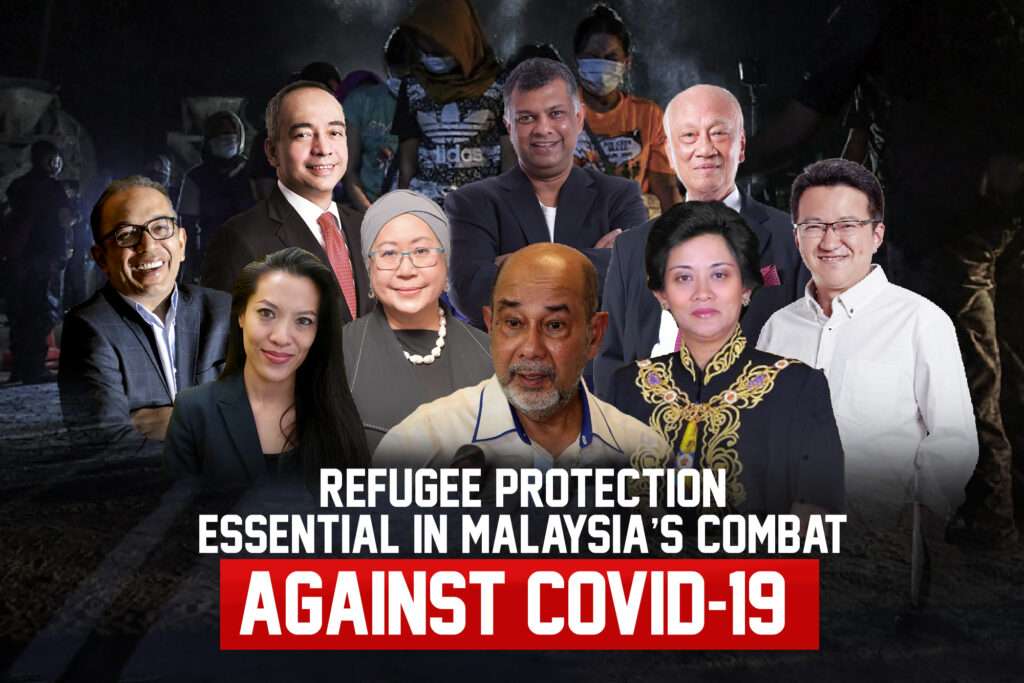 Media statement by the Malaysian Advisory Group on Myanmar on June 19, 2021

The Malaysian Advisory Group on Myanmar expresses its deep concern over recent statements by Home Minister Datuk Seri Hamzah Zainuddin and the Director-General of Immigration Dato’ Indera Khairul Dzaimee Daud towards refugees which we believe endangers Malaysians and will impede our recovery from the COVID-19 pandemic.

These vulnerable populations are victims of protracted conflicts and have risked their lives to flee home in search of refuge, including women and children.  It is regrettable that the state apparatus such as the National Task Force (NTF) issued an anti-Rohingya poster which, unfortunately, fanned anti-refugee sentiments against a defenseless community.

The hardline approach adopted by the state will simply push refugees and undocumented migrants further into hiding and discourage them from coming forward to be tested and vaccinated, essential steps in curbing community infections. However, despite alarm expressed by various NGOs and even politicians, the authorities responsible have dug their heels in and doubled down. These punitive measures will undermine efforts to contain the spread of COVID-19, thereby endangering the Malaysian public.

The punitive measures also contradict Malaysia’s long-standing role in regional and international foreign policy as a champion for communities facing persecution and oppression.

Malaysia and Malaysians have always had an empathy for downtrodden and vulnerable groups, going by the vast amounts spent on and raised from the public during episodes like:

We are also concerned about the suggestion by Dato Seri Hamzah Zainuddin to establish refugee camps in Malaysia for Rohingya refugees as a way of managing their population in the country. Such a move would be a regressive backslide.

The vast majority of the 179,570 refugees in Malaysia are urban refugees, which allows them the possibility to live with greater dignity, normality as well as contribute to Malaysian society. Building camps would not only perpetuate trauma and dependency, but would also be an enormous drain on public resources and cut the refugees off from the rest of society. Currently, according to the DIrector-General of Immigration, there are already almost 2000 Rohingya in detention, many of them children. We must work together to find alternatives to detention for refugees, especially children, who have not committed any crime and would face persecution and risks to their lives if returned to their country of origin.

It is also a matter of great concern that refugees in search of safety are sent back in rickety boats which land on our shores, exposing them to human traffickers and almost certain death.

While we understand the need for deterrence and combating transboundary crimes, we believe that a more humane approach is needed to prevent trafficking and exploitation. Thailand, which, like Malaysia, is not party to the Refugee Convention, has developed a National Screening Mechanism (NSM) to enhance the protection of refugees and to grant a Protected Person Status to eligible individuals. It has other measures in place to protect refugees. Wherever possible, we should promote alternatives to camps so that refugees have the possibility to live with greater dignity, independence and normality.

The committee accepts that forced displacement is a global issue and Malaysia cannot bear the responsibility of being the sole host of these refugees. Other ASEAN member states should also ramp up efforts to offer protection for refugees, especially from Myanmar, on the basis of shared responsibility as outlined in United Nations’ Global Compact on Refugees (GCR). Malaysia should also increase it support to  accountability efforts to bring perpetrators of the Rohingya genocide to justice and urge the United Nations Security Council to play a stronger role in resolving the political crisis in Myanmar.

As a leading developing nation, and an integral member of ASEAN, Malaysia cannot turn a blind eye on the sufferings of these refugees and further exacerbate the vulnerability of those fleeing conflict, war, and crimes against humanity. Indeed, we must stand in solidarity with those facing persecution. The same outcry that we saw from Malaysians on the situation of Palestine needs to resonate with the Rohingya.

We urge the government and the people of Malaysia to lead by example, protect the refugees among us to ensure that their basic rights and needs are met, especially during this hard time of COVID-19. Let us do our part in preserving Malaysia as a peace-loving and compassionate nation that protects the most vulnerable amidst us.

The Malaysian Advisory Group on Myanmar is an independent council, consisting of distinguished, knowledgeable and concerned persons from Malaysia’s public and private sectors, established in March 2021 to provide sound and credible analysis to the Malaysian government and public on issues relating to the situation in Myanmar and its impact on Malaysia and the wider ASEAN and Asian region.

This statement is endorsed by the following members of the Malaysian Advisory Group on Myanmar: