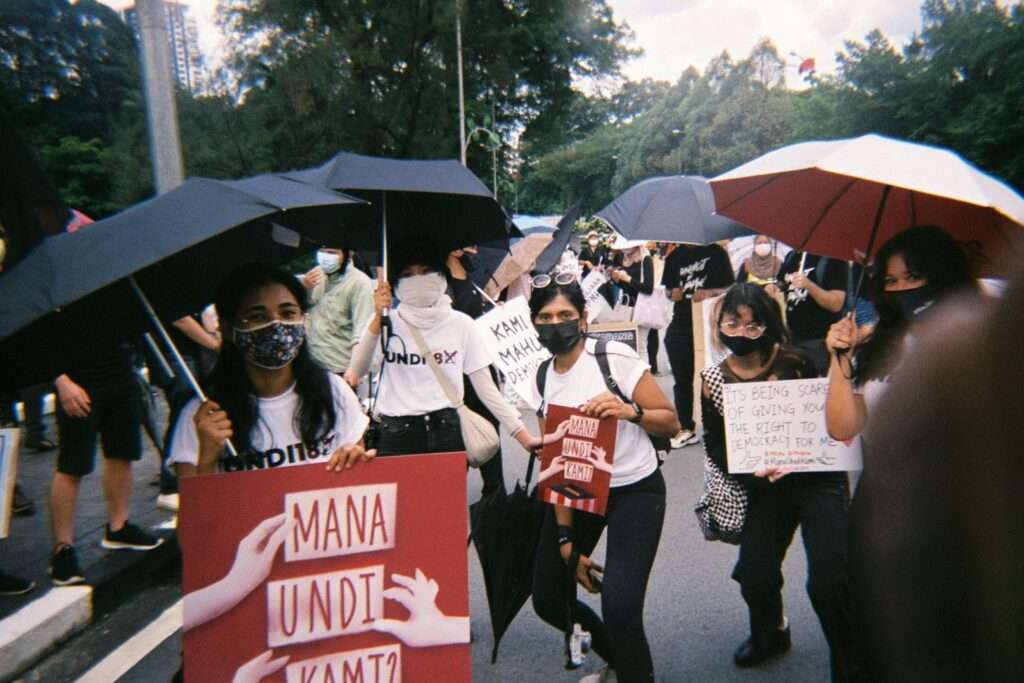 There is a myth circulating among the high circles of Kuala Lumpur and beyond, that no matter what, UMNO will win handsomely in the next general election.

According to this myth, UMNO is the “natural” ruler of this nation. Hence, the 2018 general election was just an anomaly, and everything would return to normal after the coming elections.

Political pundits claim that UMNO’s fate would be like that of Japan’s Liberal Democratic Party – having lost power briefly twice since 1955, it returned to the driver’s seat in style and stayed for a very long time.

I admit that it is not impossible for UMNO to have the luck of LDP due to the sore lack of a credible alternative acceptable to the voters. However, I would contend that the case of UMNO is different.

UMNO’s fate seems to be closer to that of Indonesia’s Golkar party after the 1998 reformasi uprising that deposed the then dictator President Suharto.

Golkar was Suharto’s electoral vehicle to be the dominant party during the one-party state rule. Despite surviving the political demise of Suharto and keeping a sizable support in the past two decades, Golkar is no longer the sole dominant force it was.

In this case, UMNO is most likely to be around for years to come but will no longer be the dominant party.

For decades, UMNO had ruled by fear. I have military officers telling me that while they voted for Pakatan Harapan on 9 May 2018 out of hatred against mega corruption under Barisan Nasional and sheer disdain of Prime Minister Datuk Seri Najib Razak and his wife Datin Seri Rosmah Mansor, they were fearful of repercussions.

They were worried that if their votes were known to the authorities, they might be punished. They were also concerned that a change of government could lead to chaos – a typical BN fear mongering.

However, one positive change about having three prime ministers and three governments in three years since 2018 is that no one is fearful of change of governments anymore. Finally, Malaysians know that politicians come and go.

When Najib was PM, he created a situation where the DAP was the last man standing in the opposition. As DAP was branded by UMNO as a “Chinese” party, the opposition coalition would be anaemic choice for the Malay electorate.

I still remember the Pakatan Rakyat days when grassroots members of DAP, PKR and PAS were blocked from campaigning in some Malay kampung.

Typically, an UMNO-appointed ketua kampung who is usually also the UMNO branch chairman, would be at the entrance of the kampung, politely telling the visitors that they had to leave. Failing which, a band of parang-wielding hooligans would emerge.

In July 2015, when Lim Kit Siang and I were speaking at Pasar Borneo of Pasir Gudang, Johor, we were forcibly chased out and I was strangled by the hooligans. As the Member of Parliament for Kluang then, I was also chased out twice by UMNO-linked gangsters who controlled the Ramadan bazaars in my own constituency.

It was almost impossible for the opposition to penetrate into kampungs in some deeply UMNO states such as Johor, which explained why the opposition was previously very much an urban phenomenon.

UMNO was a rural party par excellence. The one-party state built nicely paved roads deep into the villages, implicitly guaranteed “one graduate per family”, and good jobs in both the plantations and in urban factories.

I often argued that UMNO’s past strength, especially during the first 20 years under the guise of the New Economic Policy till the 1990s, did not lie in its leaders’ chest-beating about being Malay champions but in providing Malays from the villages a great sense of upward social mobility.

A kampung boy or girl from nowhere could become well educated as a professional or a wealthy businessman or a great achiever in whatever field he or she pursues.

Indeed, many young villagers climbed the social ladder over a short span of time and became both urban and middle class by the 1990s.

By the 1990s, however, UMNO as an organisation gradually atrophied and mired in a very corrupt party culture which didn’t promote new leaders to thrive and rise. Some divisional chiefs who rose to prominence in the 1980s and 1990s in fact are still there in 2021.

By the time Najib became UMNO president in 2009, enthusiasm was lost among UMNO grassroots. Many are only there for the contracts or small business jobs. UMNO’s organisation at all levels have become mercenary.

The nicely paved roads to the depth of villages make it easier for the younger ones to leave the kampung to work in Kuala Lumpur and Johor Bahru. Villages in Johor are now populated by mostly the aged and the very young; the rest only return home during festive seasons.

Dawn of a new era

A great political vacuum exists in Malaysian politics, and it is now exacerbated by the influx of the massive number of new voters through Undi18 and automatic registration of voters.

In the 2018 general election, the Election Commission (EC) chose to set the polling day on Wednesday in the hope that less of the younger voters who reside in urban areas while voting in rural homes would not turn up to vote.

UMNO claims to have 3.5 million members, many distributed to critical seats. The idea is to win in small rural and semi-rural constituencies through UMNO members and hardcore supporters while effecting the suppression of non-aligned and opposition voters.

However, the constitutional amendment to allow 18 years old to vote and to allow for automatic registration of voters which was brought to Parliament by the then Youth and Sports Minister Syed Saddiq Syed Abdul Rahman on 16 July 2019 will change everything.

With the memorandum of understanding (MoU) between the Ismail Sabri government and Pakatan Harapan, as well as with the government deciding not to appeal against a court ruling mandating the implementation of Undi18, the EC has on 1 October released a list of 5.8 million eligible voters for verification.

It is not that all urban voters and young voters are opposition supporters. Pakatan Harapan must do so much more to win their hearts and minds. But the more urban and young voters in the roll the less weight UMNO’s fixed votes has.

All these new facts on the ground bury the idea that UMNO is the “natural” ruler of this nation. UMNO is just another party competing for votes.

There is now a level playing field of sorts. Thus, there is a huge political vacuum to be filled.

Whichever party or coalition deemed most able to provide social security, economic opportunity and upward mobility as well as jobs with decent pay will have a chance to govern after the next general election.