Melaka and Sarawak Polls: What can we expect? 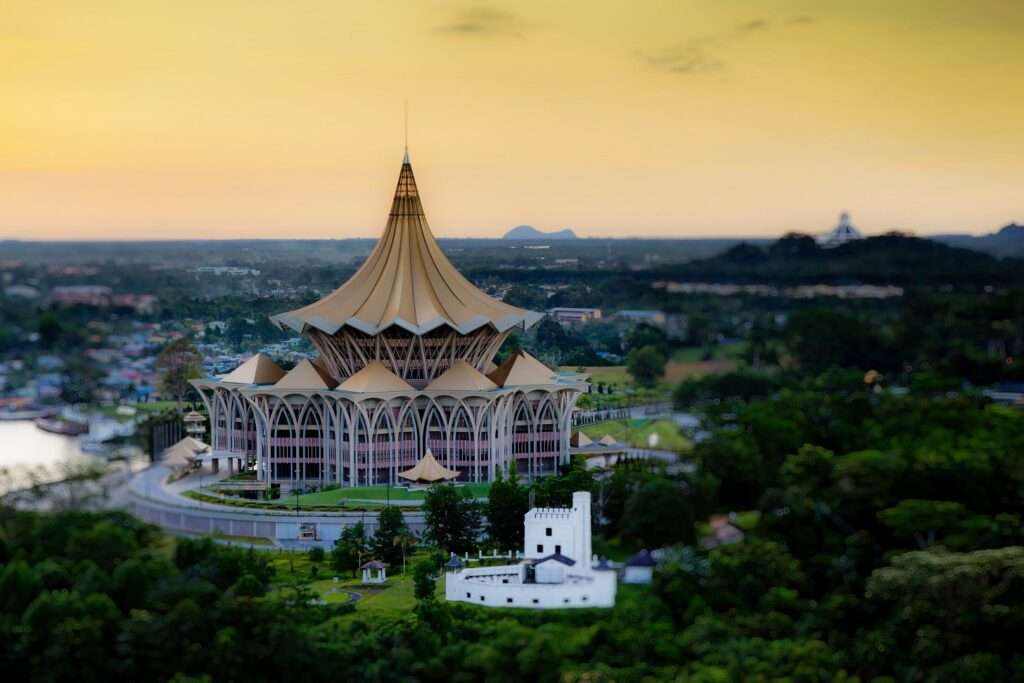 Harold Wilson famously said, “a week is a long time in politics”. I would add that it is especially so when an election is looming.

It now seems that we may expect not just one, but possibly two state elections. This week, national attention will momentarily shift from Melaka towards a possible state election in Sarawak, which is also entangled with the question of amendments to the Federal Constitution on Malaysia Agreement 1963 (MA63).

Melaka, as of now

In my previous article, I characterised the upcoming Melaka election as “low stake”. Yet, its results will be scrutinised and deciphered by all parties when they plan their next moves, especially in the lead up to the next general election.

On 18 October, the Election Commission decided that the polls would take place on 20 November, with 8 November as nomination day.

In the past week, most debates centred on whether the two UMNO and a Bersatu as well as a turncoat independent elected representatives (who caused the fall of the Melaka government) should contest under the Pakatan Harapan banner.

A consensus was reached at PH’s Majlis Presiden meeting on 20 October that DAP renegade Norhizam Hassan Baktee would not be fielded as a PH candidate. Consensus is yet to be reached on the status of the other three reps.

Although naming Adly as Chief Ministerial candidate may sound mundane to some political observers, it is actually a very important decision for PH.

As Rauf was not a state assemblyman prior to the state assembly’s dissolution, Sulaiman was anointed as Chief Minister after the Sheraton coup as Rauf’s proxy. As for Bersatu, in its competition for influence with UMNO, it may have a name or two to put forward as Chief Minister candidate, too. For self-proclaimed kingmaker, PAS may not offer any CM candidates but is expected to reprise its role in supporting the eventual winner, either BN or PN.

Bersatu President Tan Sri Muhyiddin Yassin has announced that PN would contest all 28 seats as it couldn’t wait for UMNO to concede. UMNO President Datuk Seri Zahid Hamidi responded that it would not want to co-exist with Bersatu in a pre-election seat deal.

During the Sabah state election in September 2020, PN and BN were able to reach seat deal to a large extent but the circumstances have changed so much since.

In a court filing, scandal-ridden former Prime Minister Datuk Seri Najib Razak revealed that he would be the UMNO leader tasked to handle the Melaka election in the absence of Zahid who will be undergoing medical treatment in Germany.

The Melaka election may turn out to be a proxy battle between Najib and Muhyiddin, and voters in the state would probably be disgusted with such choices.

The challenge for Pakatan Harapan and all other contesting parties in Melaka is whether there is a clear narrative and an agenda to move the state and nation forward.

The old is well-known and known to fail. But the new is seemingly stillborn. Melaka will be a major test.

Sarawak and the future of federalism

The de facto Minister for Law and Parliamentary Affairs Datuk Seri Wan Junaidi Tuanku Jaafar is a political veteran from Sarawak. Thus far, he has shown competency in articulating parliamentary reforms and matters relating to the laws.

But this week he is faced with a serious roadblock in his pursuit of constitutional amendments to re-define the meaning of Malaysian federation and federalism.

Members of Parliament from both sides were told that a constitutional amendment on MA63 will be presented to the Parliament tomorrow and opened for debates for two days, with the bill expected to be passed by this Thursday.

The proposed amendments include inserting the MA63 into the constitution for the first time, and to recognise Sabah and Sarawak as “wilayah” (region) and not just “negeri” (state).

It is a symbolic constitution point that the PH government tried to remedy in April 2019 but failed to secure two-thirds majority because, of all the political parties, it was the ruling Gabungan Parti Sarawak (GPS) that abstained.

Najib did not propose any changes to the constitution in his entire premiership from 2009 to 2018 while the PH government lost the “wilayah” proposal but passed the Undi18 amendment on 16 July 2019 – thanks to the relentless lobbying across the aisle by the then Youth and Sports Minister Syed Saddiq Syed Abdul Rahman and the support of the then Opposition Leader Ismail Sabri.

Wan Junaidi’s plan could come so far because the Ismail Sabri government and Pakatan Harapan signed a memorandum of understanding on 13 September.

If these proposed amendments could be passed through bipartisan support, many other reforms could be negotiated in similar fashion too. Malaysia may unlock the constitutional stalemate since 2008.

Yet the plan is now blocked, most likely by conservative elements in the government, casting doubts on the viability of the bipartisan route to update Malaysia’s governing institutions.

To the conservatives in power, strangely supported by GPS, acknowledging that Sarawak and Sabah are equal partners in the federation is an afront to their worldview.

The bill’s symbolic first reading is on 26 October, but will most likely come to light after Budget 2022 debates complete on 13 December. This results in a serious defect in the election narrative for GPS.

By delivering the constitutional amendments to recognise MA63, GPS is trying to prove to Sarawak voters that it had made the right call in its alignment with the Sheraton coup plotters in 2020 and now with the current federal government of which PAS is a member.

GPS has never relied much on political rhetoric as it used to control the voters firmly through patronage and by instilling fear of the unknown such as handing power to an inexperienced opposition. Still, GPS needs to convince voters that it is relevant.

With all the built-in advantages as the dominant ruling government, GPS (then as Sarawak BN) won only 19 out of 31 parliamentary seats on 9 May 2018. Much as there is no strong direct challenge to GPS in the upcoming state election, the undercurrents cannot be ignored.

Hence, GPS is eager to hold the election sooner this year to avoid Undi18 and automatic registration of voter, as well as not to wait for the emergency to expire in February 2022.

It seems to me that the Sarawak government via the State Governor will request the King to lift the emergency to kick start the state election in the remaining months of 2021.

If Melaka is to be the testing ground between the old and the new, the Sarawak state election poses something more complicated.

It involves the rhetoric of state rights and federalism, as well as the reality of the BN-PN conservatives’ power in Putrajaya, and with GPS being in the same coalition with them.