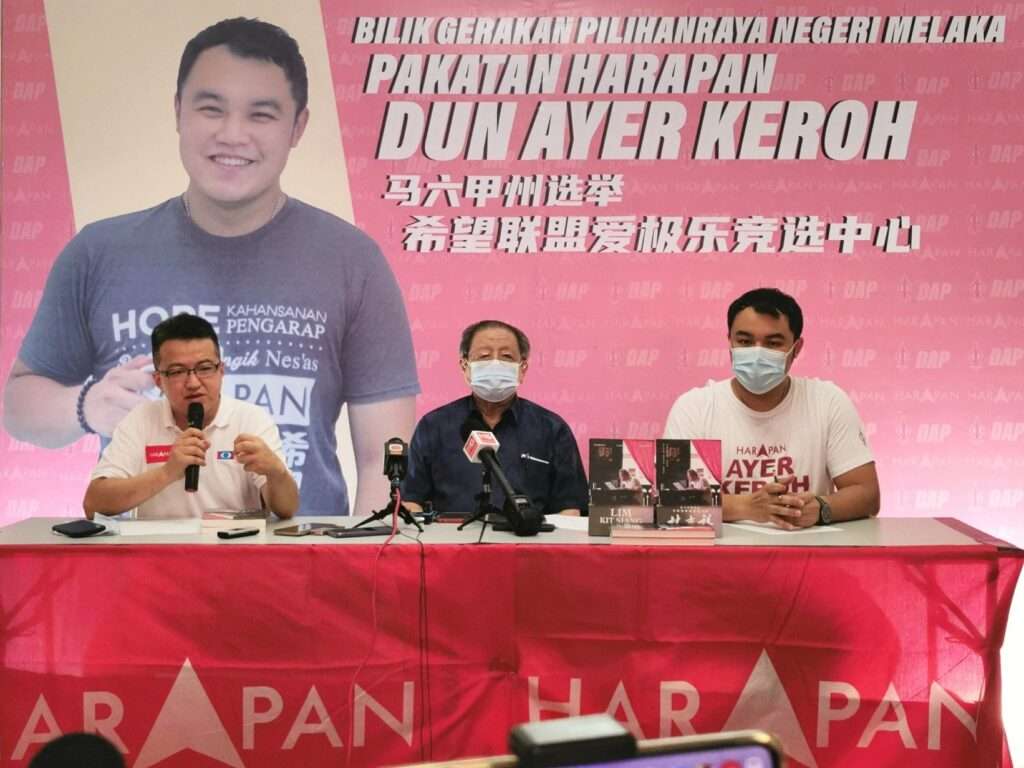 Thanks to the 2018 general election which defeated UMNO’s one-party state system, Melaka saw the first-ever change of state government since Merdeka.

The state Pakatan Harapan government was toppled by Melaka UMNO with help from some turncoats through the Sheraton coup. By now, Melaka people can compare the strengths and weaknesses of their previous state governments.

I am very proud of the State Excos, elected representatives, local councillors, and the ketua kampung who represented DAP during Pakatan Harapan’s short stint as government. Most of them worked very hard and selflessly to serve the community.

The Melaka Pakatan Harapan government under the leadership of Amanah’s Sdr Adly Zahari was fondly known for its integrity and diligence, as well as its readiness to serve all communities regardless of race and religion.

During his tenure as Chief Minister, there were no allegations of corruption, abuse of power nor discrimination, although a few Pakatan Harapan elected reps had shown the tendency of being selfish – and their bad intention was exposed when they colluded with UMNO to topple the legitimate state government.

After the coup, the Datuk Seri Sulaiman Md Ali-Datuk Seri Rauf Yusoh regime under UMNO was known as a bully to civil servants, entrepreneurs and the people in general. The Sulaiman-Rauf regime was also said to have taken a racial approach towards public policies.

Now the time has come to correct this blunder. On 20 November, from among the coalitions of Pakatan Harapan, Barisan Nasional led by UMNO and Bersatu-dominated Perikatan Nasional, Melaka voters will choose a government that will govern for the next five years.

There is a dirty word-of-mouth campaign discouraging people from voting by spreading the false impression that they can still vote for the Melaka state government in the coming GE15. This is untrue.

The fact is the new Melaka state government doesn’t have to dissolve when GE15 is called. Parliamentary and state elections do not always have to be held concurrently. The state government elected on this 20 November can govern for the next for 5 years unless it is dissolved earlier.

Together, we must fight political apathy and create a peer-to-peer campaign to reach out to as many voters as possible to get them out to vote on 20 November as the stakes for the people of Melaka is very high.

Not voting equals to choosing a bad government

I reiterate my call on the Election Commission to emulate the Lim Guan Eng-Wee Ka Siong live telecast debate and organise debates for Melaka’s Chief Ministerial candidates, as well as candidates for key constituencies.

These debates are especially important now due to Ismail Sabri Yaakob government’s ban on campaigning.

Sdr Adly Zahari can represent PH to debate other Chief Ministerial aspirants from other coalitions.

I also call on media organisations to offer fair coverage to all candidates from all three coalitions.

Previous PostPAS: A decline in struggle
Next PostThe Melaka Imperative