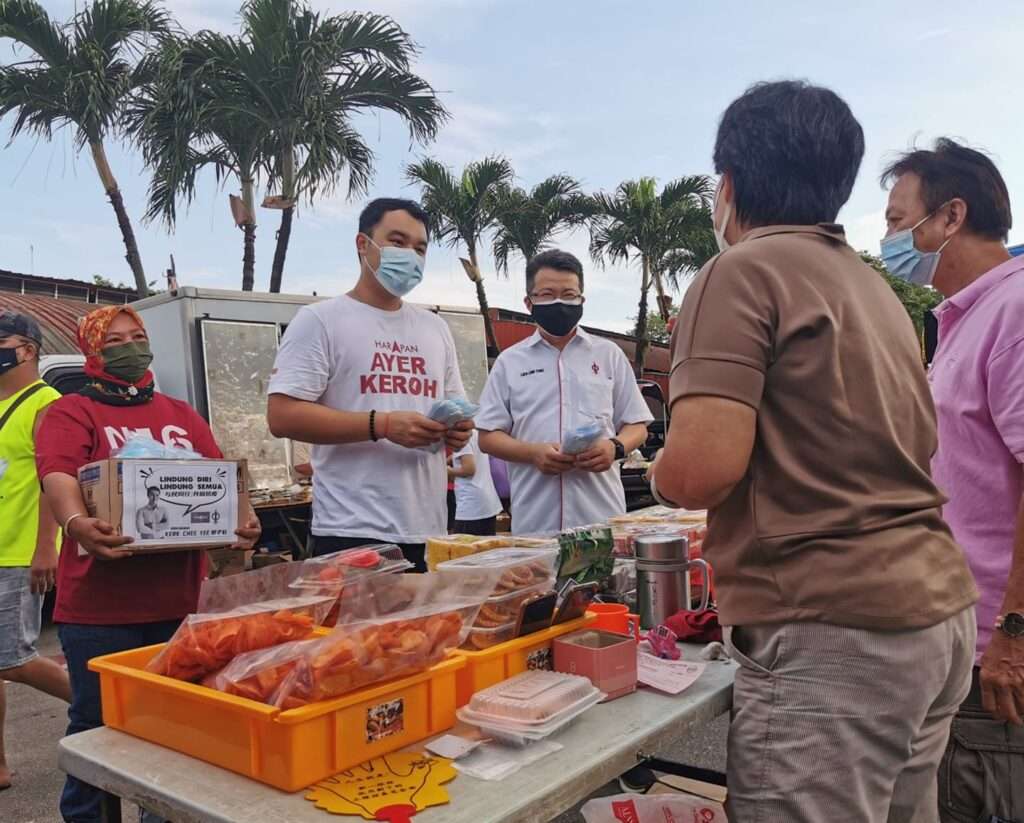 I would first like to congratulate Sdr Kerk Chee Yee for his magnificent victory in Ayer Keroh with a very sizable majority of 5624.

I would also like to thank Pantai Remis Assemblywoman Sdri Wong May Ing for stationing in Ayer Keroh for the past two weeks to lead the campaign work here. Sdr Khoo Poay Tiong, the DAP State Campaign Director, whose tireless work in this campaign is much appreciated.

I would also like to take this opportunity to thank Sdr Tey Kok Kiew for his courageous leadership, especially for his bold move to contest in Bemban in an attempt to salvage the seat, albeit unsuccessfully.

There are winners and there are losers in elections. We, Pakatan Harapan, concede that we have lost this Melaka election. We lost a battle. But it doesn’t necessarily mean that we will lose the larger war.

In April 2007, DAP lost the Machap by-election in Melaka with a hopeless result. A year later in March 2008, the political tsunami changed the political landscape forever.

On 7 May 2016, DAP’s seats in the Sarawak State Assembly were reduced from 12 to 7. On 18 June 2016, Pakatan Harapan lost badly in the Sungai Besar and Kuala Kangsar twin by-elections. But less than two years later, in May 2018, Malaysian voters voted for a change of government for the first time.

We must rise from defeat to strategise better for the next battle.

The 2008 victory was in part because of the Bersih movement, of which the then opposition helped organize. The 2018 victory can be attributed to the massive realignment in 2017 to make Pakatan Harapan the game changer.

Pakatan Harapan needs a reset to make the coalition a “big tent” to unite all forces opposing the old politics of UMNO/Barisan Nasional and Perikatan Nasional. The revamped Pakatan Harapan must be the choice for all swing voters and younger voters.

The DAP had a great showing in the urban seats of Kota Laksamana, Kesidang, Bandar Hilir and Ayer Keroh.

In the urban seats of Pengkalan Batu and Duyong, with 65% and 60% Malay voters respectively, DAP lost marginally at 131 and 200 votes.

In the rural seats of Bemban and Gadek, which are made up of around 60% Malay voters, DAP lost by 1,116 and 559 votes respectively.

We regret the losses, but we must not give up. The results show that we could have won these seats with a very small swing from young, middle ground voters.

The DAP must be steadfast to make itself a national party of all Malaysians with a Malaysian First outlook. We must resist all calls to “retreat” to be a parochial party.

The next general election is not far away. There could even be more separate state elections in the months to come.

The preparation for the next battle starts today. It’s the time to reset and inject new game changers into national politics so to give hope to the people and for them to continue to see Pakatan Harapan as the beacon of hope.