Johor, this is where it all begins 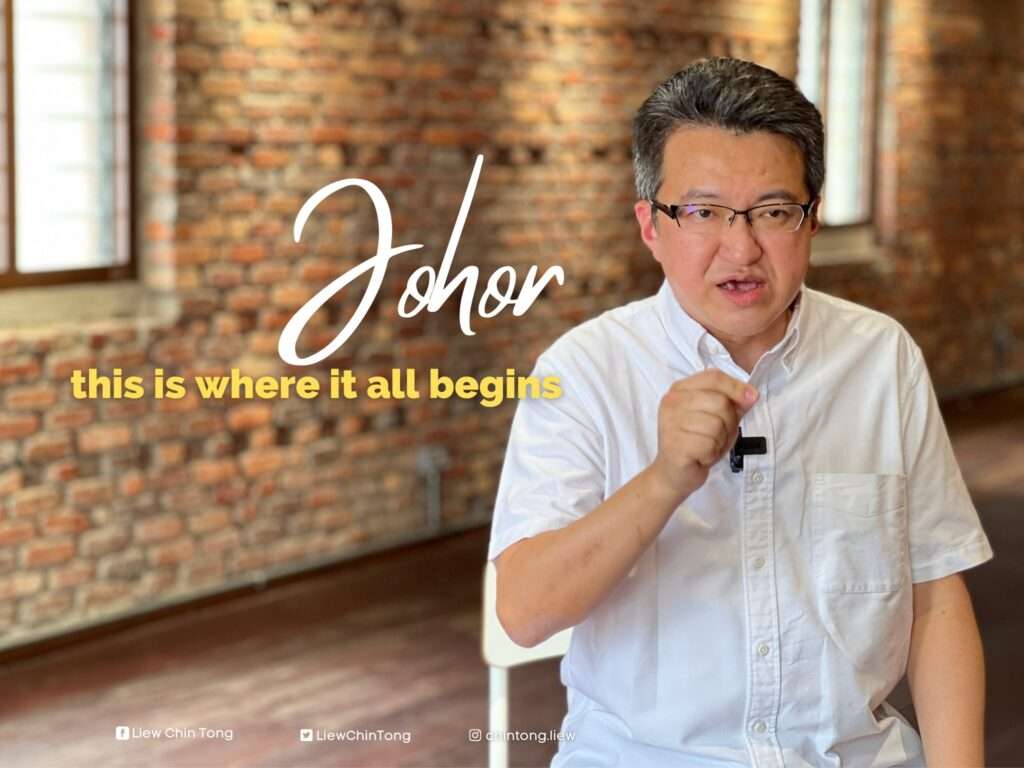 Johor makes history each time Malaysia is at a turning point.

When the Malays rose up against the Malayan Union proposal in 1946, UMNO was formed in Johor.

When the Alliance and later Barisan Nasional needed a base in both Malaya and Malaysia, Johor was key to election successes from the early years of Merdeka and very much up to the 2018 general election.

When there was a split in PAS between the hardliners and the moderates, Parti Amanah Negara was formed in Johor in 2015.

When leaders of UMNO who were sacked (and some resigned) to form Parti Pribumi Bersatu Malaysia (Bersatu), Johor became the ground for its only MP and State Assemblyman when it was established in 2016.

And, most importantly, without the parliamentary seats won in Johor, Pakatan Harapan would not be able to form government at the federal level in May 2018.

On general election night of 9 May 2018, Harapan won 18 out of 26 parliamentary seats in Johor and 36 out of 56 state seats. Of the 98 seats Pakatan Harapan won in the Peninsula, Johor contributed almost 20% of the seats.

The Johor snap polls declared yesterday will not serve the people’s interests except for UMNO leadership of Datuk Seri Najib Razak and Datuk Seri Zahid Hamidi, as well as Datuk Seri Khaled Nordin and Datuk Seri Nur Jazlan Mohamed, both their frontrunners in Johor who pushed for dissolution.

However, this Johor election may not be a walk in the park for UMNO. Following the political tradition, it has a few firsts.

This is the first election to see Undi18 and automatically registered voters on board. The new voters were added to the master electoral roll on 14 January 2022.

Allowing 18 years old to vote has been an agenda Lim Kit Siang had championed since 1971, more than half a century ago. Parliament finally approved the constitutional amendments to effect Undi18 on 16 July 2019.

Some tried to block the implementation of Undi18, and there were attempts from UMNO to push for Johor assembly’s dissolution before the new voters were added to the list.

It will be a test of the wisdom between MUDA and Pakatan Harapan leaders to find ways to align with each other in an effort to maximise support.

This election will also be a do-or-die battle for Bersatu. UMNO is trying to finish off Bersatu, its main Malay party rival, in Johor – the home ground of Tan Sri Muhyiddin Yassin. This is to ensure that UMNO doesn’t have to concede any ground to Bersatu in the coming general election.

Now that the state assembly is dissolved, the people have to fight it out and change the course of history via Johor. The people can voice out their support through Pakatan Harapan and its allies.

Let Johor be where it all begins. From Johor there will rise a newly realigned force of good that will win this election, to reform the state and the nation, and to bring better lives to Bangsa Johor.

Previous PostFormer ‘flying car’ minister’s appointment as Boustead chairman is a mockery to the Armed Forces
Next PostGet out of the rot: Think system