Dr Wee, let’s have a rational discussion on public transport 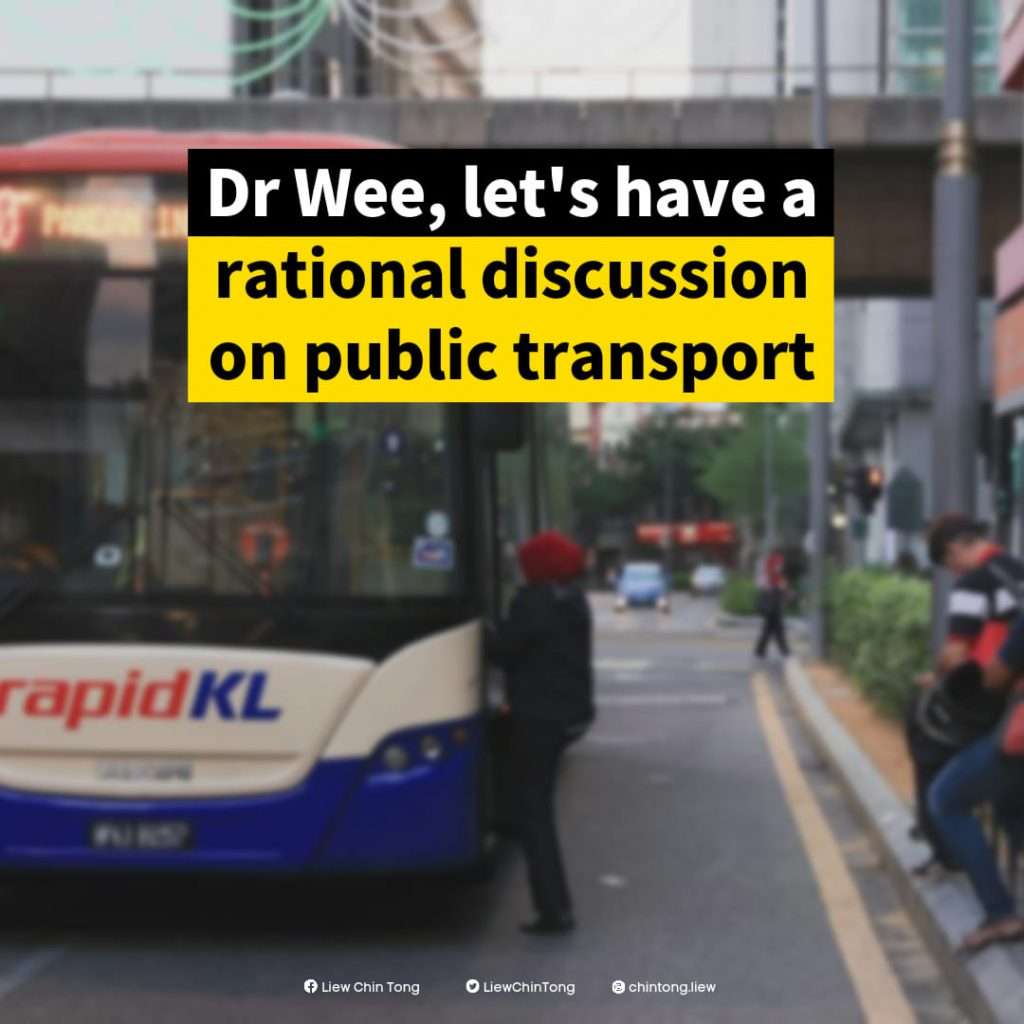 I urge Transport minister Datuk Seri Dr Wee Ka Siong to engage in a calm, professional and rational discussion about public transport. His response to my statement borders on hysterical. Let us be calm, be cool.

Dr Wee further claimed that the government had already allocated RM115 million as subsidies for My50 unlimited travel passes on public transport. He asked rhetorically, “I wonder how much more the government should increase its subsidies?”

Perhaps Dr Wee failed to understand the message by DAP Secretary-General and former Transport Minister Sdr Anthony Loke on 27 May Prime Minister Dato’ Sri Ismail Sabri Yaakob to form an inter-ministry committee to deal with the increasingly troubling traffic congestion throughout the country.

Instead, on 30 May, Dr Wee in an interview with China Press said that the congestion was caused by Malaysia having too many registered vehicles, stating that it wasn’t his fault and implying that he or his ministry couldn’t do much.

In the same interview, he also said fares for public transport will have to be increased due to rising costs. I’m not sure whether he knows that his suggestion would deter people from using public transport.

Instead of addressing the problem to ease the pain of the people, Dr Wee chose to resort to hysterical tirade.

Dr Wee should have known that the PH government made several significant contributions to our public transport:

2. One of the first programmes implemented by Minister Anthony Loke was to introduce the very popular My50 and My100 unlimited travel passes to keep fares low and to encourage more public transport usage. As proof of its popularity, the administration of Ismail Sabri and Tan Sri Muhyiddin Yassin continued the programme.

3. It was Anthony Loke who was instrumental in negotiating the Rapid Transit System (RTS) project and keeping the costs down.

Whereas, under Minister Dr Wee,

There is no need for Dr Wee to be defensive or hysterical. He should be calm, professional and rational. It is not about him. The massive traffic congestion is the problem for all Malaysians. So let’s have a rational discussion. My advice to Wee: be a true leader, take charge and deal with the problems!

Previous PostTraffic congestion: unfair to blame Wee?
Next PostHow will interest rate hike by the Fed impact us ?