A New Malaysia beyond GE15 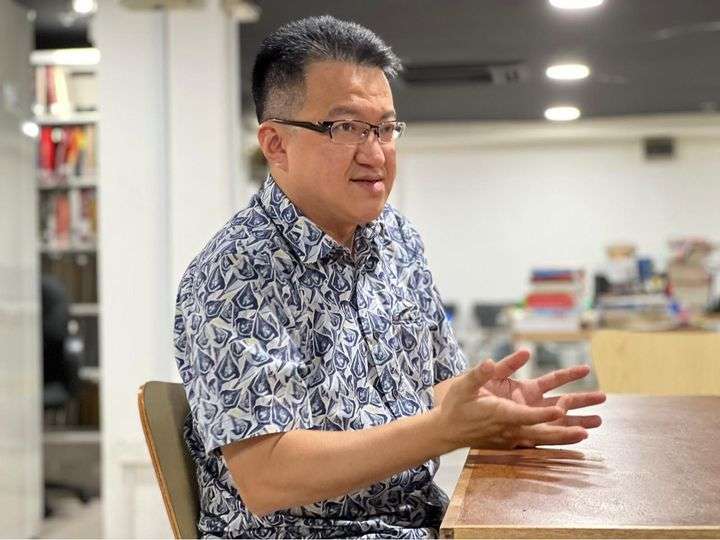 Looking at the 15th general election as more than another major political event, Johor DAP chairman Liew Chin Tong said the eventual winner — regardless of politics — must prioritise finding a new order and stability for the country.

Saying that while the era of the “big man” — traditionally the prime minister — was over, Liew said the country has gone beyond the top-down approach from before.

“This is where we are now. We defeated the old order; now, how do we build a new Malaysia?

“If you look at the current situation, the ‘chaos’, is partly because the main players are still thinking, if they become prime minister, they can become very powerful — as powerful as the previous prime minister.

“But if you ask (two-time PM) Tun Dr Mahathir (Mohamad), in the new era, he will tell you that the prime minister’s power is not the power of an iron fist,” Liew told Malay Mail in an interview.

Liew, who is also DAP’s new deputy secretary-general, elaborated to say the prime minister’s role today is really about bridging the parties in the government, in which the person was also not paramount.

While this had been the case before, Liew argued that the days of the prime minister controlling everything in the government and was “bigger than everyone” were no more.

“Your prime minister is basically another guy whose role is to hold the government together, move businesses of the government and the moment you cannot hold everyone together, you are gone,” he said.

For this to happen, Liew said what is needed was a new set of “traffic rules”, as he called them, or guides to conduct to prevent inadvertent political collisions.

Some of this was already being done, he said when noting the progress on the anti-party hopping law that he said would stabilise the political party system.

“At some point, given that we don’t know who will win the general election, at some point all parties should sit down and come to an agreement to say, ‘let’s legislate’.

“Whoever becomes Opposition will get all their rightful allocation and their access to parliamentary committees so that you can participate in government and whoever becomes government, what sort of powers they should be limited to,” he said, referring to power limitation to prevent unnecessary appointments and “support buying”.

While the anti-party hopping law was a good starting point, Liew said more was needed to minimise the risk of political instability. Among others, he noted that the wholesale defection of an entire party would not be prohibited.

Liew was referring to the ‘Sheraton Move’ from February 2020, when Datuk Seri Mohamed Azmin Ali led his faction of lawmakers and supporters out of PKR to throw their support behind Parti Pribumi Bersatu Malaysia (Bersatu), which abandoned Pakatan Harapan (PH) to partner with Barisan Nasional (BN) to seize control of the federal government.

“You can curb people like Azmin, but you can’t curb Bersatu from moving. During ‘Sheraton Move’, there were two elements — Azmin and Bersatu moving — beyond that, it is really about setting rules for the future government.

“If you are the government, you should be governed by certain rules so that you don’t go about in the scheme of things to buy people and if you are Opposition, you are given fair treatment,” he said.

He added that now is the best time to lay down new rules to create a new order capable of sustaining the Malaysian political system for the next 10 or 20 years.

The stability that this would bring would ultimately benefit whichever party was in power, even if this were to be Umno, he said.

Liew argued the country’s political instability was persisting even though Umno was back in power because the party was trying to go about business as it had done in its previous six decades of rule.

“The thing is, they can’t even stabilise their own party because things don’t work this way anymore.

“What businesses want is predictability, what the people want is policy continuity — continuity of good policies — how to achieve that?

“Eventually you need a government and Opposition to be in agreement, and even with a change of government, these good policies are unlikely to change even if the government changes,” he said.

By now, Liew said supporters have come to expect good governance from their lawmakers — state and federal — and not just political champions.

“Today, after the country has been through three prime ministers (in the last three years), the supporters will be asking you are you able to govern?

“I think that is the challenge in terms of narrative, we must be able to move beyond the Opposition mood to one that actually thinks about the nation and explain to the public how will we run the nation in a different way and with long term views in mind,” he said.

This is because governing is about trade-offs, where leaders will have to make tough decisions and convince the public by offering solutions, Liew said.

It will be different from what it was previously, he said, when the Opposition — PH included — could use demagoguery as a platform without having to offer solutions.

“Now you have to do it, think through policies, cause the people are spending more (in terms of the economy).