A meeting with Dr. Greg Fealy 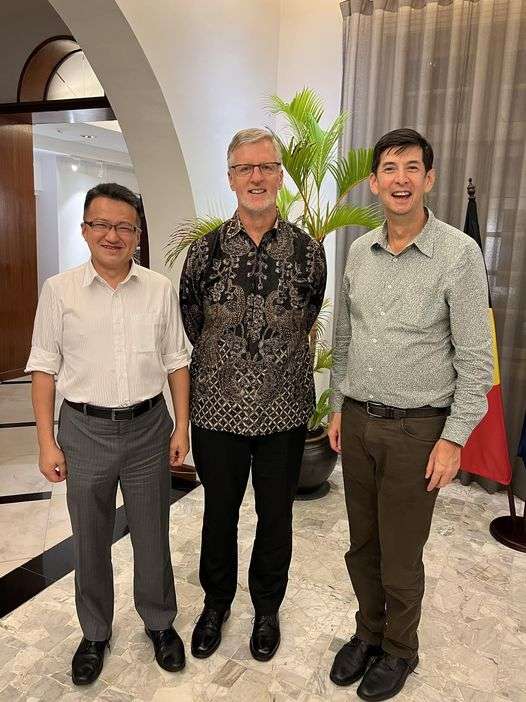 In 2003, I did a “summer scholarship”, where I had the chance as an undergraduate student to conduct graduate student-like research projects, under the supervision of Greg and Dr. Harold Crouch. Greg is a renowned Indonesia specialist whereas Dr. Crouch, a Malaysia specialist.

In December 2004, I submitted my honours thesis on the internal factional division within PAS that took place in the years between 1998 and 2003.

In the context of Australian academia, the natural progression of a good honours thesis is towards a doctoral degree. I was very keen on that, and I naturally thought of Greg when looking for a PhD supervisor. In early 2005, Greg very kindly accepted my registration as his PhD student.

The only way I could afford to do a PhD was through obtaining a scholarship.

Fate has it that the Australian Government under Prime Minister John Howard, of the Coalition of Liberal Party and National Party, decided to cut funding for universities. Greg’s department got a scholarship position slashed.

I was asked to return to Kuala Lumpur to try my luck with another scholarship, one that was funded by ANU and managed by Malaysian alumni.

At the interview for the scholarship, someone from the panel asked me, “if we were to award you this scholarship, will we be seen as supporting the opposition?”

Mind you, this was in 2005 when the fear of Barisan Nasional was so strong and any act seen to be favouring the opposition could invite retaliation and punishment from the regime.

I never heard from the committee again. Only after a year or so I was told by a second-hand source that the committee was divided over my application and eventually decided not to award any scholarship for that year.

I went on to do a masters degree on regional integration at the Asia-Europe Institute of Universiti Malaya in 2005-2006, then became a visiting fellow at the Institute of Southeast Asian Studies in Singapore (now ISEAS-Yusof Ishak Institute), while helping to run the Bersih Secretariat and working for the DAP.

In hindsight, had I been given a scholarship to do the much desired PhD under Greg, I would not be available to contest the 2008 general election.

The course of my life changed entirely. Decisions made at higher levels have a direct impact on the lives of ordinary people is something I always keep in mind especially when we were in a position of power in government.

Anyhow, ANU of the yesteryears was a great centre for the understanding of Malaysia, Indonesia, and Asia as a whole. It is unfortunate that with the retirement of many great scholars of the past, the light seems less bright now.

I hope the new Labor Government will put in a lot more resources to rebuild the competence of ANU in its understanding of Asia.

Previous PostWhy Johor remains a key battleground for GE15
Next PostJust want to share why I am passionate about reading: