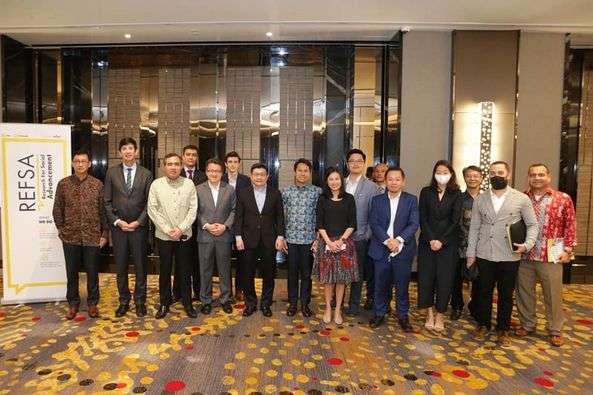 REFSA – Research For Social Advancement, a think tank which I chair, had the great honour of hosting my friend Professor Dr Kuik Cheng-Chwee to speak on “Navigating Great Power Rivalries of the 2020s: Exploring options of Southeast Asia”.

Cheng-Chwee, who was recently promoted to professor at Universiti Kebangsaan Malaysia (UKM), is one of Malaysia’s foremost international relations scholars. He is well-known for the “hedging” theory that small states like Malaysia and other ASEAN states actively hedge to create policy space and manage relationships with major powers.

The talk, REFSA’s first public event since 2019, was a resounding success. I would like to thank Sdr Anthony Loke, DAP Secretary-General, for gracing the occasion.

When I was deputy minister of defence, Cheng-Chwee played an instrumental role in the development of Malaysia’s first Defence White Paper (DWP). Unlike many policy documents of the government that are outsourced to consulting firms, the DWP was the labour of love of about 50 military officers, civil servants in the Ministry of Defence, and academics. They sat together for a total of 50 days in 2019 to deliberate, discuss and prepare the document. Notably, Cheng-Chwee should be credited for the line “maritime nation with continental roots” which became the core idea of the DWP.

I hope the government will reduce reliance on consulting firms but grow the thinking capabilities of civil service leaders, pairing them to work with the best scholars we have.

The talk yesterday discussed the active role and agency of ASEAN states to navigate the geopolitical order of our time. This has great implications for the region, as opposed to the image of passive small states. ASEAN states need to build foreign policy consensus among their respective societies, as well as formulating an independent foreign policy that is not siding any of the great powers.

Sdr Dr Ong Kian Ming was the moderator while the two other speakers were Dr. Zokhri Idris from the Policy and Economic Affairs Centre of Malaysia Foundation (PEACE) and Ms Stephanie Char, a scholar from Colombia University.

REFSA Executive Director Tan E Hun delivered a compact opening speech arguing for Malaysia and the region to develop multiple strategies in their toolbox as a way of resolving conflict, and to leverage ASEAN’s economic position as a crossroad between the global superpowers.

I gifted the speakers the respective books: