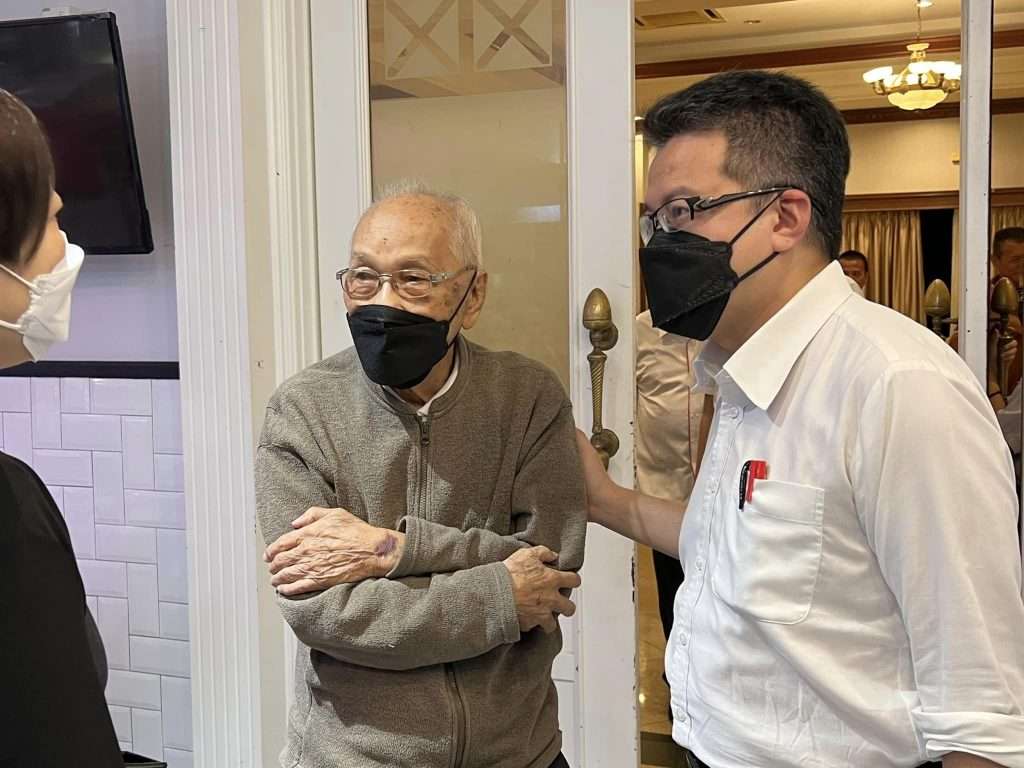 After the Johor state assembly sitting yesterday, I made a trip up north to Seremban to attend the memorial service for DAP founding chairman, the late Dr Chen Man Hin.

Sdr Kit Siang recited Henry Wadsworth Longfellow’s poem which he learnt in school in the 1950s:

“Lives of great men all remind us, we can make our lives sublime, and, departing, leave behind us, footprints on the sands of time.”

Dr Chen certainly left “footprints on the sands of time.”

After being trained in medicine post-World War II, Dr Chen was already an established general practitioner in Seremban by the time he joined politics in 1964 at the age of 40.

He could have chosen an easy and comfortable life but the sense of nation above self and the drive to serve the community brought him into politics and public service. His lifelong dedication to the cause made him a legend in Seremban and beyond.

At the funeral, his son Chris spoke of how Dr Chen sent him and his siblings to Singapore to study in the aftermath of the 1969 May 13 incident, so that Dr Chen could pursue politics without having to worry about consequences on his family.

I am again struck by his daugther Marie’s sharing tonight that the middle class doctor and his children sacrificed in their own ways to allow for Dr Chen to lead DAP during the low ebbs of the party.

In my book “Lim Kit Siang: Patriot. Leader. Fighter”, as what Sdr Lee Kaw told me, I explained that Dr Chen stabilised the party during the chaotic period of 1969 when Kit Siang was detained under the Internal Security Act. In 1987, when almost half of DAP Central Executive Committee members were detained under ISA during Ops Lalang, Dr Chen once again held the party together.

(It was great to see my respected predecessor as Kluang MP Sdr Lee Kaw amongst the audience too.)

DAP Secretary-General Anthony Loke is a Seremban native. When Dr Chen lost by 77 votes in the 1990 general election, that he never regained after which, many in Seremban including Anthony were devastated.

After serving as MP for Rasah in the 2008 term, Anthony shared with the audience that he decided to move to Seremban in the 2013 election to win the seat in honour of Dr Chen.

Dr Chen’s legacies will live on through the generations of DAP leaders to come. May he rest in well-deserved peace.