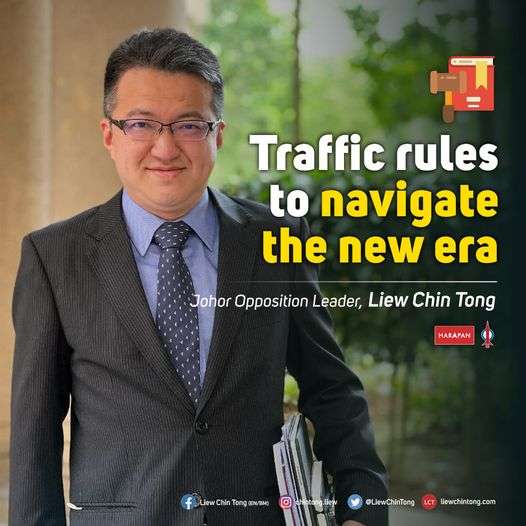 Malaysia was brought to the brink of a snap election. Tension was at an all time high but on 6 October, the nation dodged a bullet from UMNO’s ‘court cluster’ led by Datuk Seri Ahmad Zahid Hamidi.

We are not out of the woods yet. As Zahid has already shown his cards, he will definitely continue to push for dissolution.

The UMNO led by Zahid since 2018 had caused the collapse of the Pakatan Harapan government and the Muhyhiddin government. Zahid and his accomplices tried to force Ismail Sabri’s hand as well and almost succeeded. All Malaysians, including leaders within UMNO, should realise that if we do not isolate Zahid’s group, dark days will descend on Malaysia.

We know we defeated the old UMNO hegemony. What’s next?

What we as a nation have yet to do is to set up new traffic rules for all to navigate the new democracy.

Why do we need these “traffic rules”?

In the old days, political stability came through the UMNO prime minister using fear factor, as well as policing and other authoritarian powers, to fend off political opponents inside and outside UMNO. Money and favours were also actively used to buy support.

We need to know that come GE15, no single party is confident of winning power on its own.

In the new time, no one is afraid of each other, and no one is likely to dominate.

Therefore, setting up traffic rules agreed upon by all groups through parliamentary legislation is so crucial to the future stability of the Malaysian polity.

It is good news that the Anti-Hopping Law has been passed and gazetted, providing systemic stability to the party system and reducing the risks of a handful of MPs holding the entire system to ransom.

In his National Day address, DAP Secretary-General Sdr Anthony Loke proposed that at least another five sets of “traffic rules” to be enacted, namely:

1. Limiting the tenure of the Prime Minister to 10 years;

2. Enacting a political funding act (which should be accompanied with public funding for political parties);

3. Legislating constituency development funds to ensure all MPs receive funds regardless of whether they are in government or in opposition;

4. A fixed term parliament; and,

5. Separating the roles of the Attorney-General and the public prosecutor.

Zahid and co will still come back with a vengeance to push for an immediate general election. All other political forces, including those in UMNO who agree that a Zahid Prime Ministership is going to turn back the clock to the bad old days, should sit down and find ways to enact “traffic rules” to bring forth a new political order for Malaysia.

If everyone fails to collaborate to use the remaining parliamentary term to lay the foundations for a new era, the nation will end up in a vicious cycle.