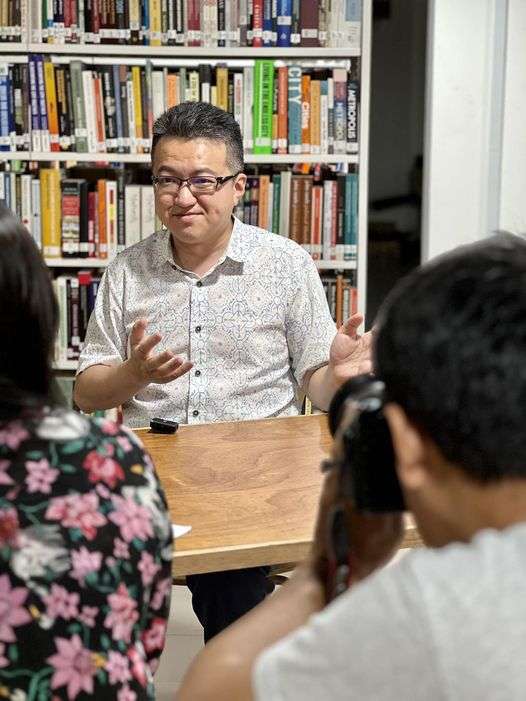 (This interview was published by MalayMail)

In 2018, the Undi Rosak (spoilt vote) movement encouraged voters to invalidate their ballots on purpose in what was touted as a collective boycott of major parties who were contesting the general election.

It targeted youth voters and argued that there was no difference between Barisan Nasional (BN) and Pakatan Harapan (PH).

When reminded of this, DAP’s election director Liew Chin Tong acknowledged that the movement could emerge again during the coming general election (GE15).

“I acknowledge that cynicism has been planted all around and that is not necessarily a new thing.

“The whole idea of Undi Rosak, where did it come from? It came from this idea that BN knows there are certain segments of the community where BN has to give up on them — they will never vote for BN.

“But if this bunch of voters are fed with a lot of cynicism and finally decide that there is no point to get involved politically, no point to vote politics, voting has no meaning, then BN has won,” Liew told Malay Mail during an interview recently.

This same logic, Liew said, is being used now to convince the general public that their votes will not make a difference in GE15.

“The logic is that everyone is the same. Let’s forget about it. Let’s not come out to vote. Let’s be cynical about all this, and then eventually BN will win.

The Johor DAP chairman also said that apart from such sentiments on the ground, he is anticipating challenges from seats held by Bersatu as the party is no longer a part of PH.

The situation now, according to Liew, has gotten both easier and harder.

“Easier because Zahid (BN chairman Datuk Seri Ahmad Zahid Hamidi) helped us clarify things when he showed us that we are up against an unrepentant and unreformed Umno-BN.

“Harder because there is less clarity, as now, voters will have to choose between Perikatan Nasional (PN) and PH, instead of just PH and BN.

“Because there is PN and PH now, swing voters may find it difficult to choose. But otherwise, Umno is weaker,” he said.

According to Liew, the recent Johor and Melaka state elections clearly showed that Umno’s vote share had shrunk compared to the last general election.

However, because of the definite three-way split in votes and general cynicism that there is no more hope in Malaysian politicians, Liew said GE15 will not be an easy one for PH.

“It will be more difficult, but also in a certain respect, they are presenting the worst form of Umno now and it has made it easier (for PH). It’s a very convoluted situation,” he added.

While BN remains the main threat for PH, Liew said the coalition would not be writing off PN as a viable competitor in GE15.

“It is a possible scenario where there is a three-cornered fight, resulting in PH and PN both losing and giving Umno-BN free passage. So we cannot write them off.

“There is also a PAS-base vote everywhere and there are also Malays who hate Umno and do not necessarily want to support PH. They may choose PN.

“So how this will square is not easy to know. Which is why I say if there is a huge turnout of more than 16 million and if this huge turnout is convinced by a unified message by PH, if the extra voters who come out actually vote for PH, then PH will have that extra support in order to cushion a three-cornered fight,” he explained.