Five factors to explain why UMNO is stuck 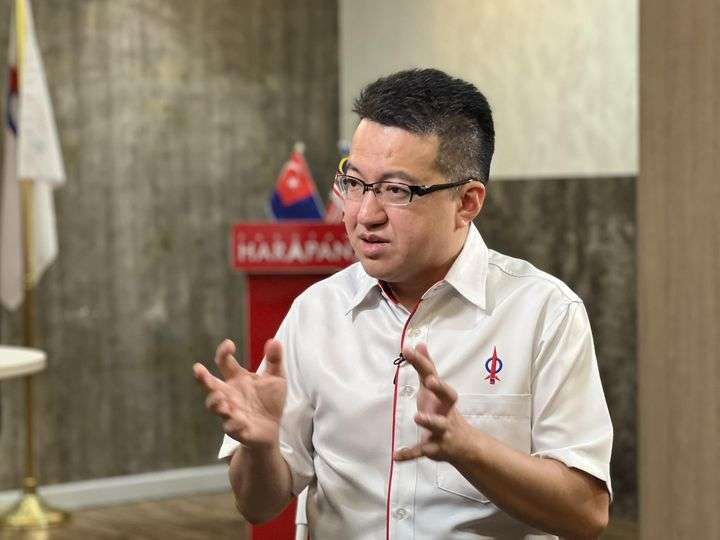 While some analysts think UMNO could regain support, there seems to be no serious evidence to back it up. In fact, since the dissolution of Parliament on 10 October, UMNO-Barisan Nasional has not gained an inch of new ground. UMNO president Datuk Seri Ahmad Zahid Hamidi thought he was smart enough to trigger the election but his party has yet to gain much traction.

Voters are sensing that something is amiss.

There are at least five factors to explain why UMNO is stuck despite its leaders’ attempt to show confidence.

Initially, Prime Minister Datuk Seri Ismail Sabri and his media advisors agreed with the public and the Opposition that elections should not be held during the flooding season. But they changed their mind. The idea that UMNO pushes for snap polls for their own interests despite the warning of floods is now very ingrained in the minds of the voters. Clearly, voters don’t like what UMNO is doing.

Second, UMNO as the source of instability

UMNO’s main narrative is that stability would be restored with the return to the “golden era” of Prime Minister Datuk Seri Najib Razak, with UMNO being the dominant party with a supermajority.

But this argument does not fly. Since 2018, UMNO has been the source of instability. It toppled the Pakatan Harapan government and subsequently brought down the Tan Sri Muhyiddin Yassin government which UMNO was part of it. Earlier, between 2018 and 2020, UMNO’s scorched earth strategy to burn the house down caused unhappiness among Malaysians of all races.

Third, not much money for UMNO’s election machinery

UMNO had not experienced campaigning without the full use of government machinery. While the caretaker Prime Minister is an UMNO man, civil servants are more careful in openly siding with UMNO. No one is certain who will form the next government.

During the 2013 and 2018 general elections, UMNO was essentially oiled by Najib’s money which he siphoned off from 1MDB. Since Najib is in jail and faces massive fines while Zahid doesn’t have that much cash for GE15, the party is facing financial problems now. I suspect even if Ismail Sabri’s faction may have some funds, with no guarantee of becoming Prime Minister again, they are unlikely to spend much.

So the UMNO machine which knows only the rule of “money talks” suddenly is devoid of the resources they previously enjoyed.

UMNO has been split along the line of “court cluster” versus “minister cluster” since the Sheraton Coup in 2020. The next two weeks will see epic battles as the UMNO candidates are decided.

Zahid had openly announced his intention to nominate 70% new faces. Given that UMNO’s structure concentrated heavily at the divisional level, there are many divisional warlords. Some of them started in the 1980s during the first stint of Tun Dr. Mahathir Mohamad’s premiership.

Some of today’s UMNO divisional leaders were youth chiefs when Najib was elected youth chief in UMNO’s most acrimonious party election in 1987. They provided the loyalty Najib craves for. These warlords kept Najib afloat within UMNO when he lost ground throughout 2015 to 2018.

It would be extremely difficult for Zahid to remove old faces and field 70% new faces in GE15 without sabotages, boycotts, and upheavals, which will in turn affect UMNO’s performance in the general elections.

I have yet to meet a Malaysian who thinks that Zahid would be a good Prime Minister. Most polls over the last several years have shown that 40% Malays loved Najib while another 40% hated him. There was hardly any middle ground. Zahid couldn’t even match Bossku’s popularity.

Zahid’s recent remarks at the MIC annual general meeting which exposed his true intention of calling for GE15 during flood season merely to save Barisan Nasional leaders from corruption charges has not helped UMNO’s cause at all.

Hence, the possibility of Zahid not even contesting in GE15. I don’t rule out any possibilities, no matter how strange they are, in politics. However, I believe Zahid would want to be Prime Minister himself. He won’t trust any other UMNO leaders to free him from jail. Hence, it is clear that Ismail Sabri is just Barisan Nasional’s poster boy and nothing beyond.

With Zahid as the face of UMNO, many Malaysians are worried. Hence, UMNO has not gained any new ground since the dissolution of Parliament two weeks ago.