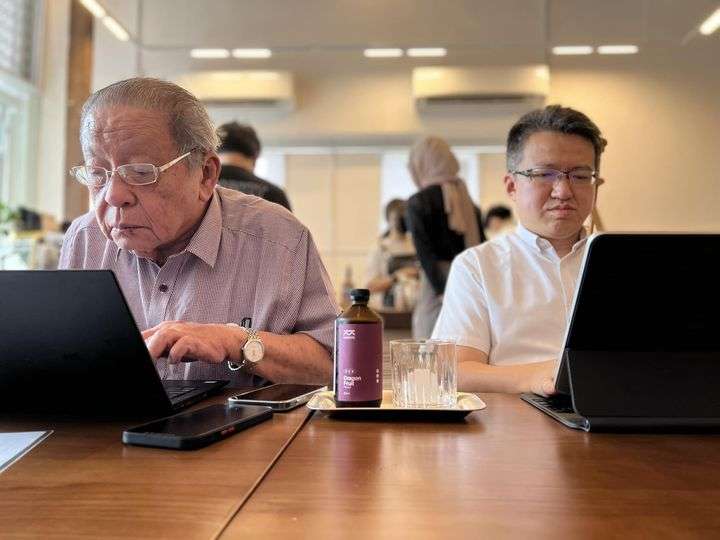 Sdr Lim Kit Siang is a visionary who constantly seeks to reshape the political landscape with the hope of building a Malaysia for all.

In March 2012, the then Johor DAP Chairman Sdr Boo Cheng Hau invited me to contest in Johor, for which I am grateful. The Johor State Committee at that time resolved that national leaders should be bought in to strengthen the slate of candidates.

I sought Kit Siang’s advice. He was then recuperating from illness and wasn’t in the best of health. He told me, “you should take up the challenge (to contest in Johor). Had I been ten years younger and healthier, I would have contested in Johor myself.”

With his blessing, I started working the ground in Johor from April 2012.

In the 2013 general election, Kit Siang won the Gelang Patah parliamentary seat against former Menteri Besar Datuk Ghani Othman, Sdri Teo Nie Ching won Kulai, and I Kluang. Batu Pahat-born Kit Siang made his grand return to Johor politics to help build a new strong base beyond the other states that have traditionally yielded victories for DAP.

The 2013 battles gave DAP and our allies a bridge head in Johor which eventually helped win Putrajaya in 2018.

Lest we forget, in 2008, the entire opposition won only one seat (Bakri) out of 26 parliamentary seats in Johor. In 2013, DAP won 4 seats and PKR 1 seat. With the wave Kit Siang generated, DAP also won 13 state seats.

On election night in 2018, Pakatan Harapan won 18 out of 26 parliamentary seats in Johor, and formed the State Government. Pakatan Harapan won 98 seats in the peninsula, which shows the importance of Johor’s 18 seats to the overall victory. Kit Siang’s bold decision to contest in Johor in 2013 bore fruits in 2018.

His leadership is unique and inspiring because he never allows himself or the DAP to stay in the comfort zone. He has clarity of mind when things are murky and he dares to go against the grain for the greater good.

In my more than two decades’ association with Kit Siang, I have seen how he strategically realigned the political forces between 2015 and 2018. I would argue that he made his greatest impact on national politics during this period.

In March 2015, when the details of the then Prime Minister Datuk Seri Najib Razak’s involvement in the 1MDB mega scandal were known and reported in the foreign press, Kit Siang knew that Najib would survive if no one dared to oppose him internally in UMNO. Najib sacked Tan Sri Muhyiddin Yassin, Datuk Seri Shafie Apdal, and Attorney-General Tan Sri Ghani Patail on 28 July 2015.

To make things worse, the PAS leadership under Datuk Seri Hadi Awang ditched Pakatan Rakyat to move closer to Najib’s UMNO. Eventually, PAS broke up with Pakatan Rakyat on 6 June 2015, causing the collapse of the coalition.

The nation was deeply in crisis but there seemed to be no way out. Najib shrewdly eliminated UMNO internal rivals, co-opted PAS, and branded the opposition as a Chinese dominated group.

From those “hopeless” years of 2015-2016, I learnt from Kit Siang that leadership is about making the tough and difficult calls. Leaders must know the true north, have faith, and be prepared to do the right things, even if the majority may not be ready.

I have been working with Kit Siang since I joined the party soon after his defeat in Bukit Bendera in 1999. Kit Siang’s perseverance during tough times was inspiring.

It was a great honour for me to win back Bukit Bendera for Kit Siang and DAP in 2008. Now, it is a great responsibility for me to take over the baton from Kit Siang to contest Iskandar Puteri.