My Political Journey, So Far 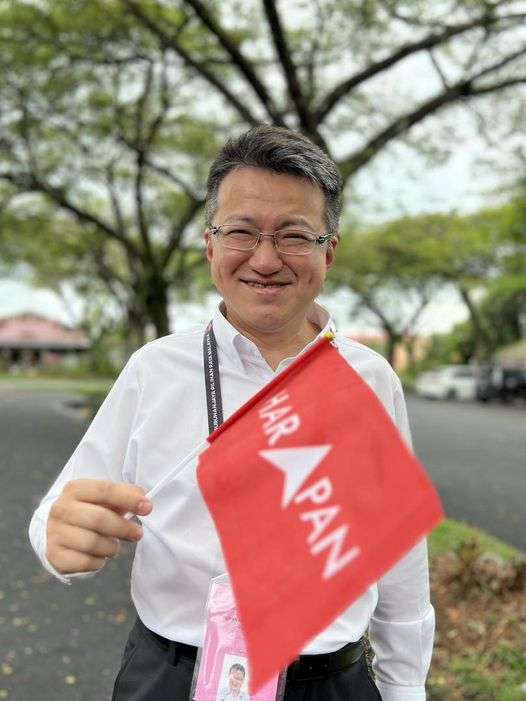 This is the story of my political journey in the past two-and-a-half decades which intertwined with massive political changes in Malaysia.

The July 1997 Asian Financial Crisis and the 1998 Reformasi movement triggered by the jailing of the then Deputy Prime Minister Datuk Seri Anwar Ibrahim was a great awakening for my generation of youth.

Despite causing Barisan Nasional to lose about 20% of Malay support in the November 1999 general election, the Reformasi movement inadvertently pushed the non-Malay voters to support the ruling coalition. Even DAP stalwarts Sdr Lim Kit Siang and the late Sdr Karpal Singh lost in the supposedly stronghold parliamentary seats of Bukit Bendera and Jelutong, respectively, in Penang.

I did not want to see DAP fall into oblivion. In December 1999, I joined the party after its electoral debacle.

The March 2004 general election saw BN regaining its strength, winning 91% of seats and 64% of popular votes. UMNO and BN seemed unassailable and unsinkable.

In 2005, I returned from Australia after completing a degree in political science and an honours degree in Asian studies.

In the same year, in the hope to get the disparate opposition parties to find common ground, second-tier leaders from DAP, PKR and PAS sat down to build a non-partisan platform BERSIH. I was tasked to manage the secretariat. Danny Lim’s new book We Are Marching Now: The Inside Story of BERSIH 1.0 gave an extensive account of BERSIH’s extraordinary effort between 2005 and 2007 to transform Malaysian politics.

On 10 November 2007, 50,000 Malaysians gathered in Kuala Lumpur to demand for a free and fair election. The protest was “commanded” by Sdr Mohamad Sabu. When we were both respectively appointed as Minister and Deputy Minister of Defence in 2018, I intimated at a gathering of top generals that as early as 2007, Mat Sabu was the “Panglima” and I was his “Ketua Staf” of sorts.

The 2004-2008 period and the BERSIH experience taught me that in the darkest of times, we must not give up, we must keep pushing. You just don’t know when the light at the end of the tunnel would appear. It may come sooner than later.

In the March 2008 general election, the party tasked me to contest in Bukit Bendera. I was up against the Gerakan Secretary-General, Datuk Seri Chia Kwang Chye. Gerakan had been the ruling party in Penang since 1969.

I was just shy of 31 years old and my candidature was deemed a “cannon fodder”. As it turned out, not only did I win the impossible seat, DAP and its allies formed the new state government with a two-thirds majority. For the first time since its formation in 1966, DAP won power at the state level, and I served the party’s Secretary-General Sdr Lim Guan Eng as his policy advisor in his new capacity as the Chief Minister of Penang.

In 2012, sensing the vacuum in Johor politics and at the invitation of the Johor DAP State Committee, I began working the ground in Johor while still serving as MP for Bukit Bendera. The move culminated in Kit Siang’s bold and daring gambit in the 2013 general election. He contested in Gelang Patah, Sdri Teo Nie Ching in Kulai, and myself in Kluang. We managed to establish a bridgehead in Johor.

The years between 2013 and 2018 were not easy. Johor was still deemed a Barisan Nasional bastion. Worse still, BN leaders and members behaved as if they would rule the state forever. Some of them were behaving like gangsters.

I was chased out twice by UMNO thugs from Bazaar Ramadan in my own Kluang constituency, once in 2014 and another in 2017 when my team and I were physically attacked. I was even strangled by a group of UMNO thugs at Pasar Borneo in Pasir Gudang in 2015. Likewise, I was chased out from a Deepavali bazaar in Kluang by MIC thugs in 2013.

Before 2018, most people in Johor were fearful of UMNO and BN, and the ruling coalition took that fear for granted. They paid the price on 9 May 2018 when the people decided that enough was enough.

I decided to take the fight to the BN heartland of Johor. During the GE14 campaign, I told the ceramah audience that by winning the Ayer Hitam parliamentary seat, Pakatan Harapan would have clinched at least 15 out of 26 seats in Johor. This meant Pakatan Harapan would form the federal government.

In the end, we won more than that, 18 out of 26 seats in Johor. We formed the federal government, and surprisingly we even formed the Johor state government. Alas, I lost in Ayer Hitam.

By way of Senate appointment, I became Deputy Defence Minister from July 2018 until the Sheraton coup in February 2020.

At the Johor state election in March 2022, I was elected as the state assemblyman for Perling, and a month later, appointed by Johor Pakatan Harapan as the State Opposition Leader.

My journey is intertwined with the massive political changes which not many of us would have imagined. And the journey continues.

As for GE15, this general election is the most unpredictable ever. The undercurrents are there and increasingly visible: will all these culminate into a Malaysian tsunami on 19 November?

Having gone through the journey, I have faith in Malaysians and I am still optimistic, albeit cautiously. Kita boleh!