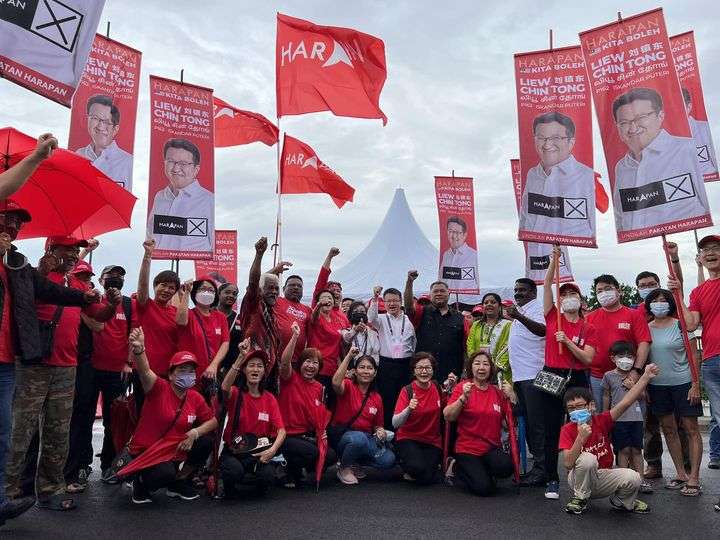 In the final lap before polling day this Saturday, most pundits have now agreed that Pakatan Harapan has the best chance among three competing coalitions to secure the most number of seats in Parliament.

What is not certain however is the extent of Pakatan Harapan’s victory, and whether it would be able to form the government on its own.

Before Parliament was dissolved, Barisan Nasional strategists were touting “prosperity” and “stable government” as the coalition’s core messages. They were confident of forming a BN-led government with Gabungan Parti Sarawak, Gabungan Rakyat Sabah and Sabah BN.

At that point of time, Pakatan Harapan was assured of 60 seats in the peninsula while the rest are mostly toss up. Many had anticipated a wipeout of Bersatu and a lackadaisical performance for PAS, both made up Perikatan Nasional.

A total of 115 seats was exactly what the Ismail Sabri Yaakob government had in hand prior to dissolution, and UMNO’s aim was to flush out the Bersatu elements within the fledgling coalition government through the general election. UMNO President Ahmad Zahid Hamidi was also hoping to assert control over the government, and is hopeful of becoming Prime Minister.

Since then, UMNO went on a free fall due to a myriad of challenges and misfires, including lacking funds for its campaign, public hatred of Zahid, and infighting within the party.

Last month, I had explained to the media that if turnout exceeds 16 million people (out of 21.17 million voters) and if the anti-UMNO or anti-Zahid sentiment is high, seats south of the southern Kedah cluster and west of the Central Titiwangsa Range, typically with 50-70% Malay voters and a significant number of non-Malay voters, would see Pakatan Harapan picking up seats.

In these Malay-majority mixed seats, even if some Malay voters move from BN to PN, the collapse of UMNO-BN base votes would be an advantage to PH.

What I did not anticipate is that a week into the campaign, we are now looking at the possibility of a total collapse of Malay support for BN. This means BN would end up being the third coalition behind PN.

According to Merdeka Center polls, in early August, Malay support for BN was at 47% but was reduced to 32% in late October, and at 23% in early November.

I said publicly on 11 October that BN could go as low as 35 seats. I was shocked that Merdeka Center’s polls would assign less than 35 seats to BN.

What is more important is that we might be seeing a historic collapse of Malay support for UMNO, which will be a watershed event in Malaysian history.

Now that Pakatan Harapan is the largest single coalition and with four days to go before polling, Malaysians must come together to vote for Pakatan Harapan to form a stable government for the years to come.