Give Malaysia a chance for a new government 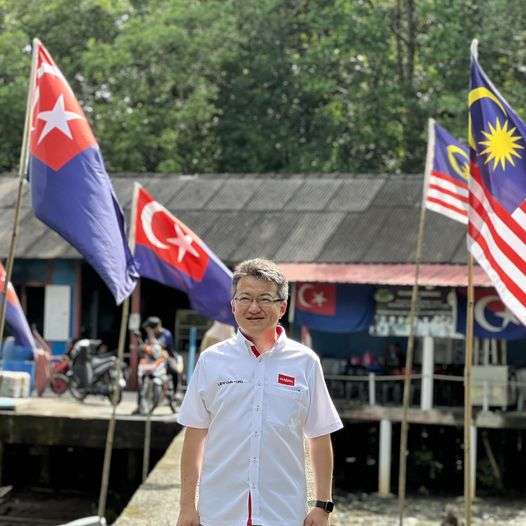 This 15th general election is an election to elect a new government. It is also to determine a future that we can all be proud of for Malaysia.

All elections before 2018 were always about electing a stronger opposition. Barisan Nasional was always the only government we knew. Pakatan Harapan and all other previous opposition coalitions were supposedly the permanent opposition.

Now, things have changed. This GE15 is a competition of three potential governments – Pakatan Harapan, Barisan Nasional, and Perikatan Nasional.

BN has named Datuk Seri Ismail Sabri Yaakob but most likely would see UMNO President Datuk Seri Ahmad Zahid Hamidi as Prime Minister should it win a majority. PN offers Tan Sri Muhyiddin Yassin who has been tainted as leader of a “kerajaan gagal” (failed government) during Covid-19 pandemic.

Pakatan Harapan also has a talent pool of multiracial and nationally known leaders who are sincere, competent and visionary. Both BN and PN have less competent leaders.

All opinion polls published in the past few days placed Pakatan Harapan at the top with between 80 and 95 parliamentary seats nationally, and with a significant number of other seats in the “too-close-to-call” category, which will likely add to Pakatan Harapan’s column in the event that voter turnout exceeds 80%.

I am putting Pakatan Harapan’s seat count at 100 and above out of the total 222 seats. If turnout is very high across the nation, Pakatan Harapan may have a chance to reach 112 or very close to the number on its own.

PN, in particular PAS, is likely to make gains in Perlis and the seats east of the Banjaran Titiwangsa, at the expense of BN.

There is now a distinct possibility that BN might end up at number 3 in terms of seat count in the Peninsula, after Pakatan Harapan and PN.

It is not difficult to explain this logic: if BN suffers a massive bleeding of its base vote, even if those votes go to PN in the Peninsula’s west coast, such a shift would benefit Pakatan Harapan, which will further deplete the number of seats BN would win. Whereas in Perlis and the east coast, BN may suffer more losses due to the sheer hatred among Malay voters against Zahid Hamidi.

The greatest irony of the UMNO-led “Malay unity” coalition is that all the parties – UMNO, Bersatu and PAS were always suspicious of each other. UMNO had tried to eat up Bersatu for the past two years, successfully kicking out Prime Minister Muhyiddin out of office. PAS keeps on changing partners, yesterday with UMNO, today with Bersatu, tomorrow, who knows.

I believe PAS will likely ditch Bersatu after GE15 if PN fails to win power or form a coalition government with other parties.

An important lesson for all: a sustainable governing coalition in Malaysia has to be one that is accepted and embraced by all ethnic groups and able to win some seats or have partners in Sabah and Sarawak. This is the Pakatan Harapan formula. It represents the broadest Malaysian spectrum possible.

All other forces such as BN and PN that try to divide Malaysia would never win enough votes from middle ground Malaysians who are increasingly more mature and less susceptible to racial and religious incitements.

I hope Pakatan Harapan will win an outright 111 seats tomorrow, and be given the chance to govern well for the next five years to prove that Malaysia can prosper without too much racial and religious prejudices.

A Pakatan Harapan government that cares will help many families live a much better economic life and help steer the nation forward during turbulent times in the global economy. We need a dynamic yet humane economy for all.

A Pakatan Harapan government will sustain a democracy with institutions that have integrity. Enough of corruption and cronyism.

A Pakatan Harapan government will see Malaysians believing in the idea that Malaysia can be a nation that is filled with hope, potentials and possibilities.

The votes you cast tomorrow will change the nation for the better, and we shall remember the day as the beginning of a new era which hopefully will last for years if not decades.

Let’s give this nation a chance for rebuilding under the leadership of Dato’ Seri Anwar Ibrahim.

Let’s give Malaysia a chance.