The need for closer Asean-EU cooperation 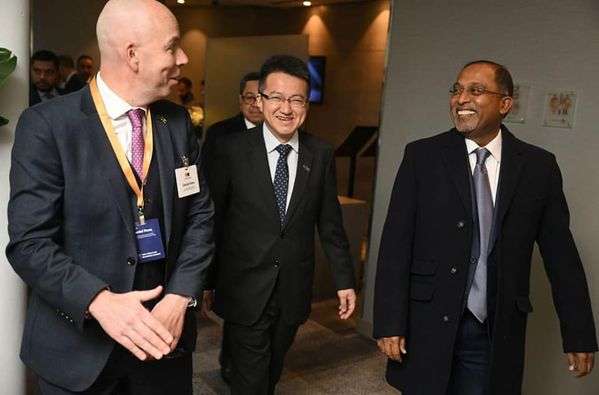 My first task as deputy international trade and industry minister was to represent my minister, Tengku Datuk Seri Zafrul Abdul Aziz, at the 10th Asean-EU Business Summit, in conjunction with the 45th Asean-EU Commemorative Summit, in Brussels. At the forum, I spoke alongside His Excellency Valdis Dombrovskis, an executive vice-president of the European Commission and also its trade commissioner.

I draw attention to Dombrovskis’ fascinating job title to illustrate the need for trade to work for both his people and “my people”, the people of Malaysia and Asean. Before my session, the secretary-general of Asean, His Excellency Lim Jock Hoi, had called for an effort to build a middle-class society across Asean states.

My first point was that the EU and Asean should work closely together to ensure that trade and investment will eventually help create a middle class across the region.

Trade and investment that create good jobs and eventually help build a middle-class society will have political support across the board, and will be sustainable in the face of any societal challenges.

In view of the wide gap of inequality and the social upheavals across the globe from divisive US politics since Trumpism to Brexit to a potential global slowdown, we must always remember the true north of trade and investment is to create better jobs with better pay — that is, “An Economy that Works for People”, Dombrovskis’ job title.

The second point I made was the need for the EU to reset and to upgrade its trade relationship and overall relationship with Asean states in view of the Russia-Ukraine war and the US-China competition and other geopolitical challenges.

The last 30-odd years since the fall of the Berlin Wall in 1989 have been relatively peaceful, like an age of innocence, in which many believe that wars and serious conflicts between major powers have been abolished.

That is not the case, unfortunately. The perfect storm the world is facing in 2022 includes a pandemic that is not really going away, climate crisis, war in Ukraine, and US-China competition which may last for years to come, if not decades.

In such a context, Asean states offer the EU a buffer in a heightened geopolitical environment. Over the past two years, there has been significant diversion of European trade and investment from China to Southeast Asia as European corporations are wary of China as a result of increasing tension between the US and China.

It will be beneficial to both EU and Asean states if the EU sees the role of Asean states in this new milieu and the need to further strengthen European trade and investment into the region.

Instead of waiting for comprehensive trade deals to be negotiated, it will be mutually beneficial to the EU and Asean states if more quick wins to build stronger trade ties with Asean states could be pulled off.

My third point was the often talked about “ambition gap” that can be viewed as a capacity gap instead.

When it comes to building closer trade ties between EU and Asean states — including negotiations of free trade agreements — sustainability, climate, deforestation, labour rights and so on are often seen as stumbling blocks. That does not have to be so.

Asean states are certainly playing catch-up on some of these issues but some countries in the region are more advanced in terms of digitalisation, for instance. Instead of seeing this as Asean states not matching the EU’s levels of “ambition”, it can be viewed as capacity gaps, hence the need for more investment into building such capacity.

Take sustainability and climate as an example. This is an area in which the EU could help invest both commercially and government-to-government to build Asean capacity. Asean states, with a more educated middle class and a relatively young population, will soon find themselves having to do a lot more, because their people demand it.

In many ways, the year 2022 is a watershed year for the world. Closer trade and investment ties between EU and Asean states will help both regions to better navigate the new challenges.