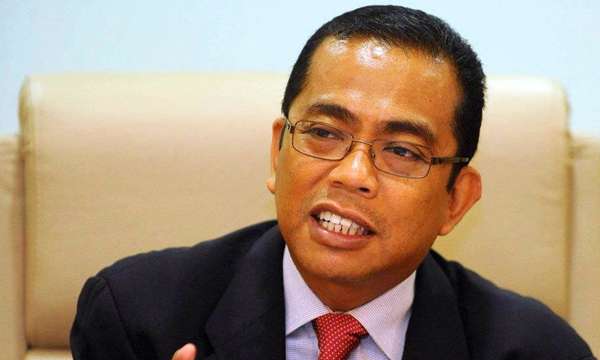 Johor DAP expresses solidarity with Yusof Al-Siddique Suratman, better known as blogger Milosuam, who was arrested on 8 December 2017 and remanded for three days by the police in relation to a case of alleged corruption involving Johor Menteri Besar Khaled Nordin.

It is understood that milosuam.net uploaded an article that contained a page from what appeared to be a Malaysian Anti-Corruption Commission’s witness statement. The witness statement was attributed to Amir Shariffuddin Abd Raub who was earlier this year charged with money laundering and graft, together with former Johor state executive councillor Abdul Latif Bandi.

The MACC later confirmed that the document was indeed leaked.

Khaled denied taking bribes, and had instead accused Senai State Assemblywoman Wong Shu Qi of breaching secrecy laws when she (Wong) brought up the matter during a speech in the State Legislative Assembly on 27 November 2017.  She had requested Khaled to reply on the graft allegation.

Wong also had her statement recorded by the Johor police on Friday in relation to her 27 November speech.

At the sideline of the recently concluded UMNO General Assembly in Kuala Lumpur, Khaled reportedly issued a “warning” against Wong.

Johor DAP condemns Khaled’s issuance of warning against Wong, as well as questions the MACC for not conducting any investigations on Khaled ever since the scandal first broke in February 2017. There also seems to be no intention on the part of MACC to investigate Khaled in the past two weeks since Wong asked her question on 27 November.

Instead, it was Yusof AKA Milosuam who was arrested while Wong was questioned. Whereas Wong in her capacity as State Assemblyperson, speaking in the State Assembly, should have never been called to question as such act by the police is an infringement on the rights of the State Assembly.

Is Khaled soon becoming Johor Officer 1 just like Malaysian Official 1 or MO1 – who is above law and not subject to investigation, and has been “cleared” even without any investigation by authorities?

The harassment against Yusof and Wong is just bullying tactics to conceal a real major crisis in Johor UMNO. Anyone familiar with Malaysians politics would know that such revelation implicating the Menteri Besar of Johor can only come from within UMNO.

“Najib’s strategic overreach backfires”, “Khaled Nordin’s selection as Johor MB in the 2013 general election was due more to the Sultan’s choice rather than being Najib’s ally. In the initial period after Muhyiddin Yassin was sacked from the cabinet at the height of Najib’s 1MDB “Donation-gate” in July 2015, Khaled was seen trying to distance himself from the prime minister. I was told that Khaled asked aides to look into the possibility of a separate state poll. My friends in UMNO are of the view that recent MACC activities in Johor and Malacca are related to the attempt to move Khaled and Idris to federal and replace them with a new set of leaders who would be more loyal to Najib.”

My advice to Khaled is for him to be careful as the knife is out for him from within UMNO. It is better for him to come clean on the allegations against him to enable him, to keep whatever credibility he may still have. In the event Khaled is ousted by UMNO, at least he can stand tall in the eyes of the public if he is seen as an honest person.

However, it seems that Khaled is going down the path of MO1 who hides behind the police, MACC and other institutions instead of facing the people. Such is the pathetic story of JO1.