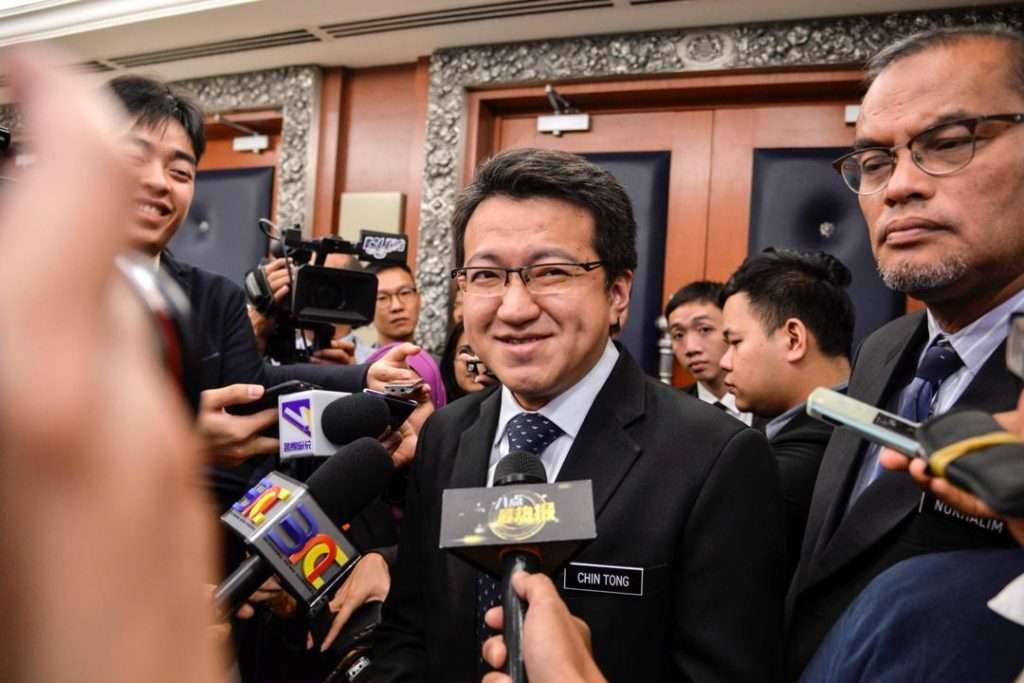 The following is a speech by Liew Chin Tong at the International Malaysia Law Conference (IMLC) 2018 in Royal Chulan Kuala Lumpur on 14 August (released on 17 August 2018).

The idea of the first 100 days of a government originated from Franklin D. Roosevelt’s administration which came into office in 1933 in the middle of a prolonged economic crisis which saw a quarter of its workforce without jobs. Around the time of his inauguration as the American president, “bank holidays” were declared by many cities for fear of bank runs.

Adam Cohen’s “Nothing to Fear: FDR’s Inner Circle and the Hundred Days That Created Modern America” details how the direction of the nation was changed forever in the first hundred days of FDR’s rule. In many ways, FDR’s New Deal became the consensus until its final dismantling by President Ronald Reagan who came into office in 1981. In many ways, the reformist zeal of the first hundred days of FDR shaped the course of the next half century.

Pakatan Harapan has its 100 days promise. A lot has been said about whether the new government of Malaysia could fulfil its 10 promises in the first hundred days. In general, 8 of the 10 promises have been fulfilled while the other two – FELDA debts and Peduli Sihat – require more time.

Details alone will not help us in appreciating the tectonic shifts Malaysia had experienced in the past 100 days which may continue to influence events in the decades to come.

The change of direction is what matters most.

On 9th May, we Malaysians gave birth to a new Malaysia. We made history together. It was a peaceful democratic transition, envied by many in the developing world. From now on, fear tactics would no longer work in elections.

From now on, Malaysia is a democracy in which a change of government would not come with the threat of violence anymore. And this would be the ultimate check on the new government as it knows that when there is a groundswell it will be sitting in the opposition bench next.

We have been freed.

In the past 100 days, the Pakatan Harapan government has set fundamental direction changes, including implementing institutional reforms, nurturing an economy for ordinary Malaysians and not the corrupt few, and setting the stage for the emergence of a Bangsa Malaysia identity.

First, institutional reforms. One of GE14’s core themes was anti-Najib. It was not just about the personalities of former Prime Minister Najib Razak and his wife Rosmah Mansor but the concentration of powers in their hands which resulted in Malaysia being a global kleptocracy. Malaysians voted for the end of the “Presidential Prime Ministership”.

The charges against Najib, the downsizing of the Prime Minister’s Department, the shifting of reporting structure of some important agencies to the Parliament, the more stringent regulation to prevent graft and a free press, as well as independent judiciary, all point to the direction of more checks and balances.

Third, Bangsa Malaysia. The 9th May election result showed that many Malays did not accept the racial-religious messages of UMNO-PAS. A majority of Malaysians were very happy with the election results, whether or not they had voted for Pakatan Harapan. Our nation has been given a new lease of life.

The racial-religious politics of the old Malaysia defined everyone as a member of an ethnic group. Hence, individuals don’t really count. Everyone was judged based on their ethnicity.

There is a need to define what the New Malaysia stands for. For me it should at the least means we see ourselves first and foremost as Malaysian citizens. For instance, I may be Chinese culturally but politically I participate in public life as a Malaysian, not as a Chinese.

The last 100 days set the stage for the emergence of a Bangsa Malaysia identity in the years and decades to come.

It is my fervent hope that we can re-make Malaysia so as to bring pride and a decent life to all Malaysians in the next hundred days, the next few years and the next decades to come.