A new party in the making? 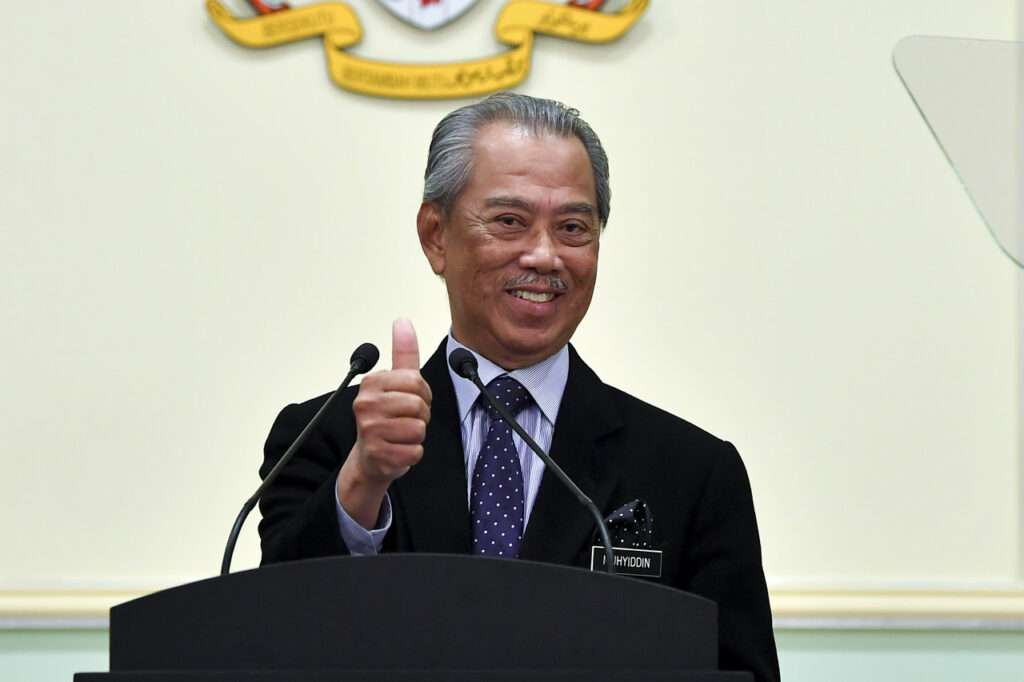 For a man who was deeply involved in a political coup early this year, it’s strange for Tan Sri Muhyiddin Yassin to say that people are fed up with politics and instead wanted to the government to work hard for the people.

Most people can see that it is actually the main players in his fledgling Perikatan Nasional government that are jostling for positions and power during this current crisis of Covid-19 outbreak in Malaysia.

Perhaps the Prime Minister made the remarks in his attempt to hide the fact that, at this moment, he is merely a sitting duck despite his immense powers as the head of the government.

Why do I say this? Let me begin with a true story. Lim Kit Siang and I rushed back from our events in Johor on 25 July 2015 at the request of Parti Keadilan Rakyat’s Secretary-General Saifuddin Nasution Ismail for an emergency discussion. As close allies, we consult each other regularly, especially on major developments in politics.

Saifuddin told us he heard that Attorney-General Abdul Gani Patail was going to charge Prime Minister Najib Razak for abuse of power in the SRC case in the following week. Kit Siang took time to ponder, and said to us: “Will Najib be a sitting duck waiting to be slaughtered?”

Three days after that, on 28 July 2015, Gani, Muhyiddin and Shafie Apdal were sacked from the Barisan Nasional government.

Now back to today. Muhyiddin is governing his shaky coalition with 10 groups within PN.

There are four factions in Bersatu – those who joined in 2016, those who joined Bersatu from UMNO after Pakatan Harapan won the general election in 2018; Azmin Ali’s group; and Tun Dr Mahathir Mohamad’s supporters who could create an upset in the Bersatu party election which has been delayed ostensibly due to Covid-19 situation.

Another four are competing factions in UMNO; each led by Najib, Ahmad Zahid Hamidi, Hishammuddin Hussein, and a non-aligned group which include Mohammad Hassan and Khairy Jamaluddin.

The other two consist of PAS and Gabungan Parti Sarawak.

Ideally, Muhyiddin would want to get rid of the Mahathir supporters, and to find a way not to have Bersatu party elections. He wants to avoid Mukhriz Mahathir’s challenge for Bersatu presidency, although it’s difficult for the Kedah Mentri Besar to win but it’s not an impossible task.

Muhyiddin also knows that among the four UMNO factions, he could only trust Hishammuddin Hussein’s group.

PKR renegade Azmin Ali is hoping to have a party structure that he could play a significant role and could bring in his grassroots supporters who currently has no political home due to the limbo in Bersatu. He also needs to create a political space for his non-Malay supporters who are no longer welcome in PKR yet has nowhere to go.

For Muhyiddin’s government to gain legitimacy, he needs to show that he runs a clean government. The voters, particularly the deciding swing voters among the Malays, value integrity highly, apart from economic wellbeing.

Apart from ensuring jobs and economic wellbeing for ordinary Malaysians, the Prime Minister must show voters that he is committed to fighting corruption, oherwise he would never gain moral legitimacy for launching the political coup against the democratically elected government of Pakatan Harapan.

To convince the people, he needs to demonstrate his commitment to fighting corruption by allowing justice to take its course – for Najib and Rosmah Mansor, Tengku Adnan Mansor and Zahid to go to jail when they are convicted by courts for corruption.

The only problem is, can he do so without UMNO revolting?

If waiting for court conviction is too much of leaving to chance, could Muhyiddin resort to breaking up both UMNO and Bersatu at the same time before the UMNO big wigs strike back?

There is a rumour in the city that Muhyiddin, Azmin and Hishammuddin are trying to form a new party. For them, this could be a brilliant solution to solve all the problems. There’s no need to worry about Bersatu election, Azmin’s supporters could find a political home, and Hishammudin’s faction could bring the real support that Muhyiddin needed.

However, there are two challenges for this plan.

First, Muhyiddin has only a maximum of 113 or 114 seats. If Pakatan Harapan parties (PKR, DAP, Amanah) and Warisan, as well as Mahathir faction of Bersatu MPs stick together, Muhyiddin has no room to maneuver.

If Muhyiddin, Azmin and Hishammuddin manage to break up this “Pakatan plus” coalition, they would be able to form their new party without the need to have both Najib and Zahid’s groups. In their calculations, they probably would attempt to lure the support of a few Pakatan MPs.

Second, Muhyiddin must be very careful with Johor UMNO. Its leaders are so eager to wrest power they lost in the last GE.

My friendly advice to the Prime Minister whom I used to work very closely with and had many candid conversations during our time as PH partners is this: UMNO could pull a fast one on him in his own backyard in Johor.

A snap election in Johor may mean the end of Bersatu in the state, as well as Muhyiddin could even lose his Bukit Gambir state seat.

For Pakatan Harapan and the allies who choose to side with us, such as Warisan and the Mahathir faction of Bersatu, we must stick together. Malaysians who voted for Pakatan Harapan expecting a clean government and better economic opportunities will still support us.

Previous PostWu Lien-Teh: The Malayan who “Squashed the Curve” of the 1910 Pneumonic Plague
Next PostAs the Old Order Grinds to a Halt, Malaysia Must Refocus on Creating Jobs Again