A united Pakatan Plus will spell the end of Perikatan 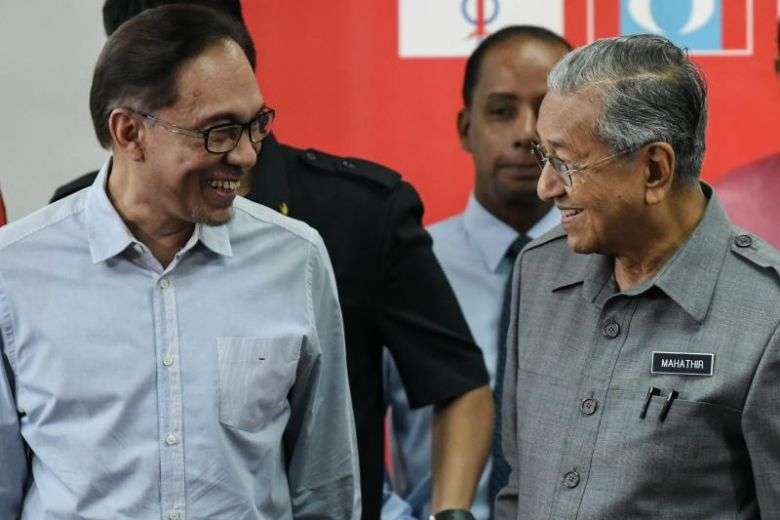 While the whirlwind chatter surrounding recent Malaysian political developments is overwhelming, I would like to analyse five issues to provide a clearer perspective and examine the possible outcomes of the unfolding political saga.

One, will there be a snap election this year?

Prime Minister Muhyiddin Yassin is in a race against time to boost his razor-thin majority. He had delayed the parliamentary sitting from 9 March to 18 May in the hope of having enough time to “buy” more support, but the plan fell through and he is left hanging precariously on to the support of 113 out of 222 MPs.

If Muhyiddin fails to gain majority support before the next Parliament sitting scheduled for 13 July, he may attempt to delay the sitting further. However, the same trick can no longer be used by October as the government has to present its 2021 Budget by then. Failure by the Government to pass its Budget would be considered a vote of no confidence as there will be no money for the Government to spend in the coming year.

Muhyiddin has to now start thinking whether or not to call a snap election and seek legitimacy through the ballot box. Calling for an election is the last resort for Muhyiddin as it is highly likely that his party, Bersatu, will perform badly. But if he does not command the majority, he may be forced to go to the polls as he has little options beyond suspending parliament.

Muhyiddin is not the only one who is racing against the clock, the noose is tightening around Najib Razak as well. With Najib’s SRC International trial fixed for decision on 28 July, Najib has been working overtime to plot his next move. There are talks that Najib is trying to assume the position of Barisan Nasional Chairman and also to trigger a General Election in the hope that UMNO will win and he can walk away as a free man or even make a political comeback. If convicted on 28 July, while he could still stay out of jail pending for appeals, Najib would not be able to contest in an election.

Although the challenges of the Covid-19 pandemic and the economic uncertainty make the prospect of snap polls very undesirable, we should not write off the possibility that snap polls could be imminent.

Together with the Bersatu faction led by Mahathir and the two pro-Mahathir independent MPs, PH and its allies (or PH Plus) now holds 109 seats. PH has 91 seats after the defection of Lubok Antu MP Tambat Jugah Muyang. Without the MPs aligned with Mahathir and Shafie on the side of PH, Muhyiddin would have 130 seats on his side instead. That would give him a comfortable margin to manoeuvre. He could even put Najib in jail to boost his own popularity. However, if PH Plus successfully holds on to 109 seats, Muhyiddin will be on constant threat. Elected reps would think twice about accepting offers to jump ship, for the fear of siding with the wrong side.

The moment PH is by itself with only 91 seats, this could easily be reduced to 80 seats or less. To avoid being divided and broken up, securing and stabilising the 109 seats with PH Plus is most important, regardless of whether the PM candidate will be Mahathir or Anwar.

Will Mahathir and Anwar be able to overcome their differences? I believe for the sake of the nation, they will have to work together to fight against Muhyiddin, Najib and the money in his hands. Without Mahathir and Anwar working in unison, PH’s 109 seats will be fragmented and Muhyiddin will be the biggest winner. Refusing to join forces is akin to giving a free passage to Muhyiddin’s rule.

Three, can PH Plus be a stable coalition?

Political parties form coalitions in order to combine resources and gain enough support beyond each party’s traditional reach, the ultimate purpose is to win election and govern effectively. Parties form a coalition because they are not similar thus a merger was not an option. Therefore, having differences in coalition is the almost natural. The key is to manage differences and build trust.

“Mahathir vs Anwar” and “Bersatu vs DAP” are “built-in” contradictions of the Pakatan Harapan grand coalition. We came together to unite against a common enemy. During our time as the ruling coalition, the contradictions of Bersatu vs DAP and Malays vs non-Malays were manipulated by opportunists. Bersatu and PKR each had their own Prime Minister aspirants by the names of Muhyiddin and Azmin Ali. Muhyiddin, Azmin and the ‘Trojan Horses’ within PH used these contradictions to stir up emotions against DAP and to push for a Malay-Muslim government for their personal benefit.

Despite the contradictions, PH and Mahathir have a common moral baseline in their firm conviction against corruption, which was proven by Mahathir’s refusal on two occasions – first, when he refused on 23 February to work with Najib’s UMNO; and second, when on 24 February he rejected Muhyiddin and Azmin’s offer to accept the premiership nomination under Perikatan.

PH Plus has to hold together 109 seats tightly, comprising the three component parties of PH, Warisan and Mahathir’s faction of Bersatu. By holding together, the kleptocratic coalition of Najib and Muhyiddin would have no room to manoeuvre and may crumble due to its own internal contradictions.

Political decisions are difficult to reach because there is no single perfect solution, nor is there a leader that is perfect for all. Politics sometimes involve choosing the best solution among a few less-than-ideal options.

Fourth, what choices does Sarawak have?

Whether PH can make return to power after Sheraton Move depends on four crucial factors: 1) Shafie Apdal, 2) Mahathir and Anwar, 3) Sarawak, and 4) The Yang di-Pertuan Agong.

Sarawak’s state election is due to be called by 2021. After being appointed as the Chief Minister of Sarawak in 2014, the late Tan Sri Adenan Satem decided to distance himself from the scandal laden Najib and the unpopular federal government. Paired with the “Sarawak for Sarawakians” sentiment, the PBB-led coalition scored big during the 2016 Sarawak state election.

PBB had always attempted to highlight its moderate image by differentiating PBB from UMNO. PBB claimed that it would not allow UMNO to enter Sarawak and PBB would not allow Sarawak to end up like Sabah, which was governed by UMNO from 1994 till 2018.

Post GE-14, the Sarawak state government had to face a “new normal” whereby it is not in the same coalition as the federal government. Faced with this new landscape, PBB and its allies decided to form Gabungan Parti Sarawak (GPS). Later on, GPS went further by playing up emotions against the then-Pakatan federal government to consolidate the Sarawak local sentiment.

Following the political turmoil caused by the Sheraton Move, GPS suddenly saw itself becoming part of the federal governing coalition with PAS and UMNO. GPS has lost its moral high ground that was previously claimed from years of distancing itself from UMNO and federal politics.

If PH has a mere two-seat majority, it is unfavourable to seek an audience with the YDP Agong as dissolution of Parliament is a risky move. As such, the role of a kingmaker falls upon GPS to ensure the formation of a stable federal government. If PH commands a majority but not Sarawak’s support, a political impasse might ensue, and a snap election would likely be called. This might not be what GPS would like to see as well.

Fifth, what is DAP’s stand?

Our biggest foe is the kleptocratic government led by Muhyiddin and Najib, which will not hesitate to put aside their moral baseline when they are pushing to breaking point. We must be prepared for the worst-case scenario while trying to find the best way out of the current impasse.

DAP understands the importance of uniting the forces of Mahathir and Anwar. Otherwise whatever little advantages we have would all be over by October.

We must be ready for a general election. If we are well prepared, we might even ward it off as our opponents also fear losing the GE.

The DAP must avoid being used as a bogeyman by opponents to intensify ethnic tension. Instead, to prevent our opponents from manipulating racial sentiments to keep themselves in power, DAP should do even more to be at the forefront leading the promotion of national unity. Dissatisfaction towards the poor economic outlook must not be racialised by our opponents but be directed against the kleptocratic government of Muhyiddin and Najib.

There is no immediate remedy when handling a political deadlock. It is important to have political leaders who can make well-considered decisions. It is also crucial now more than ever to have opinion leaders in the community to take part in this process, leading the way for all members of society to overcome the toxic and corrupt politics of PN in pursuit of the way forward for Malaysian politics.

Pakatan can determine whether Perikatan would survive or not by holding the 109 seats we have tightly. Once Pakatan holds together tightly, Perikatan’s days are numbered.