Turning the police from a militarised force to a community partner 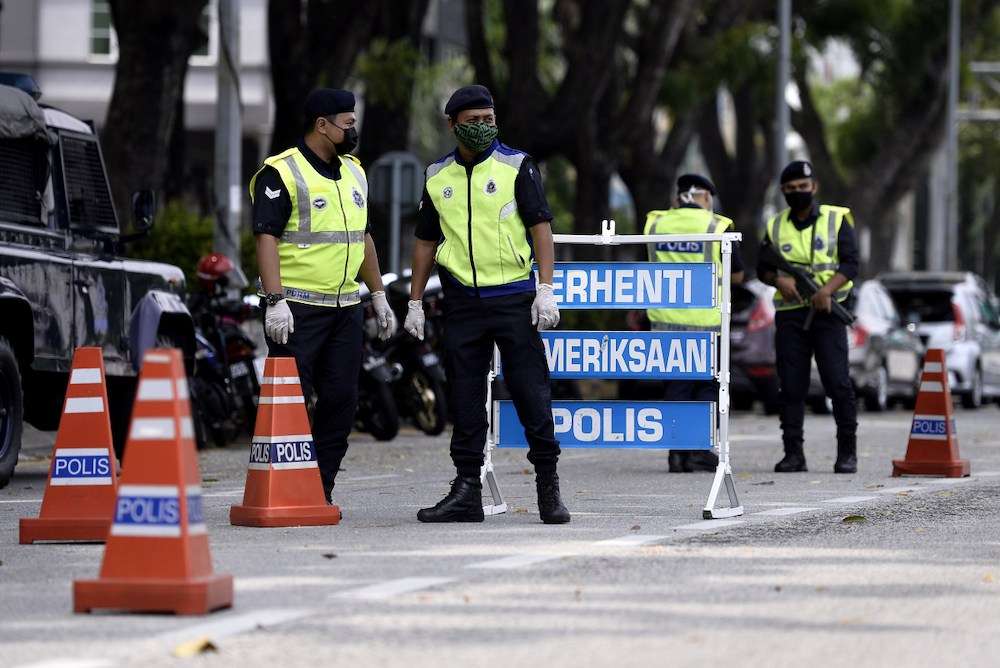 25th March 2021 marks the 214th anniversary of the Royal Malaysian Police (RMP). It has also been a year since the Movement Control Order (MCO) was instituted, with the RMP being a principal component of its enforcement alongside the Armed Forces. Maintaining roadblocks and checkpoints, and ensuring SOP compliance has been both a thankless and controversial task, to say the least.

And to make matters more complicated, it was only a few days ago that the current Inspector-General of Police, Tan Sri Abdul Hamid Bador, openly spoke of a cartel of young officers trying to undermine his authority. He then gave an unprecedentedly overt statement regarding unprofessional conduct by police personnel, from the lower ranks all the way to former Inspectors-General of Police, indicating a culture or a code of “blue silence”.

At a glance, this seems to tally with calls for an Independent Police Complaints and Misconduct Commission (IPCMC) bill, which as an Act of Parliament would provide a mechanism for holding police officers accountable for all manner of misconduct, from corruption to abuse of power and wrongful deaths during custody. A Parliamentary Special Select Committee chaired by Ramkarpal Singh was originally scheduled to have it tabled at the end of 2019. It was due for its first reading in Parliament August of last year, then later retracted and modified by the Perikatan Nasional government to become the IPCC bill, which had far less powers and required the commission to report to the Home Minister rather than the Law Minister. Calls for it to be tabled in its original form have now been sounded again after Tan Sri Hamid Bador’s revelations.

In a way, this discussion about IPCMC and police misconduct represents only one element of the entire context that is police reforms. After all, the IPCMC bill was only one strategic thrust of ten identified in Tun Dzaiddin’s 2005 Report of the Royal Commission to Enhance the Operation and Management of the Royal Malaysian Police. Though the cited data in that report is dated now after 16 years, many of its recommendations and conclusions remain sharp and relevant today, perhaps a testament to how little progress has been made to address endemic issues in the past two decades.

In any discussion of police and enforcement reforms, we need to consider a more fundamental premise first. What role should the RMP play in our society? How does it view itself in relation to the rest of society?

This might seem like an easy question at first but we cannot forget that the RMP’s history in the immediate post-colonial era required it to be a fundamentally different organization than what we would expect it to be today.

The immediate threat to public order and safety at the time was the subversive activities of Communist insurgents. Thus, the police force of the time necessarily took on a paramilitary and counter-espionage nature. Police field force units were trained essentially as light infantry to carry out deep jungle raids and other kinetic operations to attrit Communist fighters. Meanwhile, the Special Branch took on the role of counterintelligence, combating the clandestine activities of Communist infiltrators.

The legacy of this experience is prevalent today. There are currently five brigades worth of General Operations Force units (the field force equivalent today), each composed of anywhere between two to four battalions. At Lahad Datu, they were among the first to respond to the incursion in 2013. The Special Branch is heavily involved in political surveillance that is often controversial and obsolete.  Be that as it may, the special branch is still an important element of national security when it comes to countering violent and extremist groups.

So it’s clear that the RMP was first structured as an armed force in its early days, but it must now transition to a smart and community-driven service to reflect the needs of today’s Malaysia. This is in fact the first recommendation made by Tun Dzaiddin in his report, under the first strategic thrust on modernizing the roles, functions, and organization of the RMP. Once this premise is accepted, and the wider context of the reforms needed to fulfill this is understood, then we can appreciate why IPCMC alone is insufficient.

Considerable progress has been made since the end of the Cold War in putting personnel and resources into non-paramilitary functions. The departments concerning policing functions (i.e. criminal investigations, narcotics, traffic, community security, and commercial crimes) is 64% larger than the RMP’s paramilitary formations (i.e. the General Operations Force, UTK, Marine Police, the Federal Reserve Unit, and Air Police), at 41,256 versus 25,837. This is especially important considering that in 2004, the ratio was reversed; there were 30,514 personnel involved in the paramilitary formations of the RMP versus only 11,319 personnel in criminal investigation, narcotics, and the then newly-founded commercial crimes departments.

Even so, we need to be mindful of the fact that the police to citizen ratio in Malaysia is still largely unfavorable. In a briefing conducted in October 2019 by the RMP to the Parliamentary Special Select Committee for Consideration of Bills, nationally there is one police officer to 356 people when looking at personnel posted to police contingents by state (i.e. not including those in Bukit Aman). By comparison, Interpol suggests that the ideal ratio should be closer to 1:250.

To put this statistic into perspective, consider that in 2017, the former Chief Justice Tun Arifin Zakaria once witnessed the same investigation officer having to attend three back-to-back court cases in a single day. In 2013, then Deputy Minister for Home Affairs Wan Junaidi Tuanku Jaafar noted that in one extreme case, an investigation officer had to contend with 100 cases. The rule of thumbs is the less cases an IO has to deal with the more time he could devote to each case thus the quality of investigation would improve.

We cannot expect our police officers to be able to satisfactorily investigate and resolve cases under these conditions. The Government needs to consider bolder initiatives. It needs to start considering modernizing the RMP, making it more data-centric and facilitating its adoption of technologies that will help to optimize and process its operations quicker. A rationalization exercise may also be in order between the various departments of the RMP in order to give more headcount and resource space to its investigations and community-centric units.

Specifically on the issue of narcotics, the government also needs a completely different approach. On the one hand, it needs to consider a more rehabilitative approach for addicts, who are also victims of the product. Doing so will also help to reduce overcrowding in prisons.

The RMP should not completely cast away its paramilitary and counterintelligence capabilities. The special branch as well as the paramilitary units should be drastically reduced in numbers but increased in capacity to become elite units dealing with very specific tasks. Such capabilities should be retained but organised more specifically, given the ever present and growing non-traditional security threats in the form of transborder crimes (both on land and at sea) and a rise in violent criminal and / or extremist activities. Furthermore, these capabilities also need to be synchronized and integrated with other national security agencies, such as the Armed Forces, the Research Division, and the National Security Council, to foster a whole-of-government approach to cross-sectional problems. Meanwhile, specifically for the Special Branch, roles such as domestic political surveillance and monitoring should be cast aside to enable it to better focus on these duties. Domestic politicians are not terrorists and enemies of the state. They should not be treated as enemies of the state.

Nonetheless, eventually we want to see an RMP whose beat officers and patrol cars are welcomed and known in the communities that they work in. We want an RMP that is able to process criminals quickly and correctly, and uphold the law justly and fairly. We want it to become a service that cares for the communities and protects them, rather than just another uniformed force carrying guns.

Police officers like outgoing Officer in Charge of the Petaling Jaya Police District (OCPD), Assistant Commissioner of Police (ACP) Nik Ezanee embodies this ethos. His exercising of good judgement relating to a shoplifting case by a poor mother, opting to help her instead of arresting her, is the sort of community-centric policing that needs to be the norm. He is well-known in the community that he serves and demonstrates an understanding of the community’s needs and conditions.

There is also a deeper question about how Malaysia organises its federal institutions vis-à-vis the states. Policing powers in many other countries are the domains of provincial or state governments or even that of municipalities. For instance, do we need a centralised traffic police system or we can devolve the powers of traffic police to the states? With the roles of the state governments becoming more important in the years to come, devolving some less critical policing powers should be on the table for federal-state negotiations.

In a similar vein, if we expect the new RMP to take on these missions that are driven around protecting and serving our communities, then we must also consider the logistical implications of such a mission set. Tun Dzaiddin’s report indicates that much of the RMP’s equipment, such as patrol vehicles and even computers, of the time were either obsolete or in need of serious repair, owing to a lack of funds. Furthermore, the state of police housing leaves much to be desired, with many of the buildings run down and unsafe for occupancy. Just as the Armed Forces needs a joint capability development plan that outlines how, when, and how much money will be committed to its force development, so too does the RMP.

Absent a comprehensive development plan, these endemic issues will persist and prevent the RMP from operating at optimal capacity. Police officers have needs and families like the rest of us. If these needs are not addressed adequately, then we cannot expect their morale and enthusiasm to remain high in the discharging of their duties for the public good.

In a way, addressing these issues will more directly fix the fundamental factors that are arguably causing the police and the rakyat so much distress. As much as the police have to be held accountable for their misconduct, we also need to consider the needs of the police service, and how to best foster an environment in which they can perform as best as they can.

Re-envisioning the RMP as a service rather than as a force will mean changing doctrine, organizational structure, and therefore resource allocation, accordingly to policing operations that we as the rakyat value the most. Similarly, ensuring that the RMP is developed, trained, and equipped along these lines will hopefully resolve their logistical concerns over the next few years as they acclimate to their new mission and motto.

The question of police abuse misconduct cannot be ignored; errant police officers acting out of impunity will no doubt cause the rift to grow further, and should be disciplined accordingly. Ideally, these wide-ranging reforms should come together in concert with the IPCMC bill so as to create a police service that is smart, community-driven, resilient, and clean. However, a focus merely on IPCMC, without any emphasis on the police’s welfare, logistics, and even its impetus for existence, will be akin to putting the horse before the cart. If we want reforms that give us the best for both our police officers and the rakyat, we need to rally around a bipartisan plan that both seeks to rebuild the rakyat’s trust in the police, while also seeing to the needs of the police.