An idea of economic governance for new PM 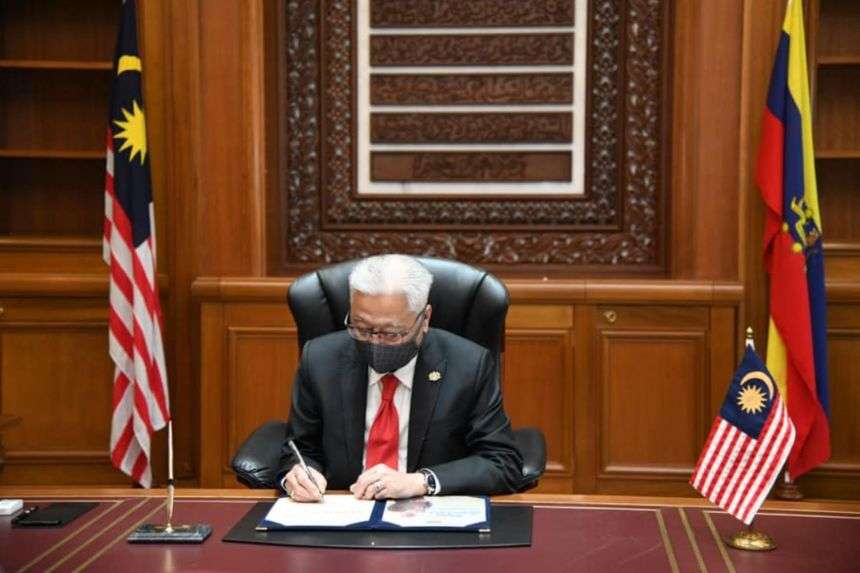 KUALA LUMPUR (Aug 24): While grappling with the Covid-19 pandemic, Malaysia has also gone through a very toxic and stormy period of political crisis since the Sheraton coup took place in February 2020. Seventeen months after the parliamentary coup, we have yet another unelected government led by the ninth prime minister (PM), and third in three years, Datuk Seri Ismail Sabri Yaakob.

The new PM has an opportunity to set some of the governing frameworks right, through sound and thoughtful Cabinet appointments.

The British-style Westminster parliamentary system, which Malaysia nominally practises, is about the parliament checking and balancing the Cabinet.

At the same time, the ministers should be checking and balancing one another through Cabinet meetings and the “built-in” inter-ministry competitions and “rivalries”, while supporting each under through the concept of collective responsibility.

To ensure that the government won’t repeat the horrible mistakes of Barisan Nasional, Ismail Sabri should emulate some of the better conventions put in by the Pakatan Harapan government.

As a result of the 1Malaysia Development Bhd (1MDB) crisis, which was enabled by the fact that the sixth PM Datuk Seri Najib Razak was also finance minister, the seventh PM Tun Dr Mahathir Mohamad did not make himself finance minister or take additional portfolios. He also carved out the Economic Planning Unit (EPU) from the PM’s Department to be led by a minister not from his own party.

The role of the finance minister is crucial and should not even be held by appointees from the PM’s party. By ensuring this, it would help preserve unity in a fragile coalition as allies who prop up the government would not feel that they are short-changed.

One of the reasons why PM Tan Sri Muhyiddin Yassin’s government was fragile and despised by allies was that he was living in a dream of a “presidential premiership”. It was a bygone era when the PM could double as finance minister or act as de facto finance minister through a proxy, and control the EPU via the PM’s Department.

The EPU controls development budget, which comprises a significant segment of discretionary budget for projects, which PMs treat as largesse. This must change. There should be an economic affairs minister, and the minister must not be from Ismail Sabri’s party.

When Muhyiddin was PM, he had no deputy until the final month of his stint. Instead, he created four “senior ministers” to manage the clusters of economy, security, infrastructure development, education and social sectors.

It is a practice worth keeping with a slight tweak. Instead of calling them “senior ministers”, the Indonesian usage of “coordinating ministers” would be better to denote their functions.

Inter-ministerial competitions can be good if they can ensure checks and balances, but rivalries without coordination would only result in bad governance outcomes for the nation.

The economic sectors can be coordinated by the finance minister and its weekly “mini cabinet” meetings will be at the Economic Action Council while the National Security Council should coordinate security and foreign policies.

The infrastructure development profile should incorporate climate goals as its core objectives while the health minister should be the coordinating minister managing the social sectors which have huge consequences on the wellbeing of ordinary Malaysians.

I would like to propose that Ismail Sabri postpone the presentation of the 12th Malaysia Plan, which is coordinated by the EPU, to parliament. This will enable further discussion with all stakeholders, including the opposition. Bulldozing the plan doesn’t augur well for the nation in the face of a post-Covid-19 reconstruction.

The PM should also stop chairing all the subject matter “cabinet committees”. Previous PMs chair up to 25 of such committees, wasting the precious attention and time of the PM while he simply couldn’t give adequate focus on all the issues at hand.

The PM should spend his Monday, Tuesday, Thursday and Friday mornings chairing each of the four cluster “mini cabinet” meetings whereas on Wednesdays, the full Cabinet meets. All cluster meeting deliberations must not supersede the functions of the Cabinet.

While we don’t expect Ismail Sabri to deliver miracles, I believe that if he could uphold the better conventions set by the Pakatan Harapan government in terms of economic governance, we could at least acknowledge him as a more responsible “post-presidential premier”.