PAS: A decline in struggle 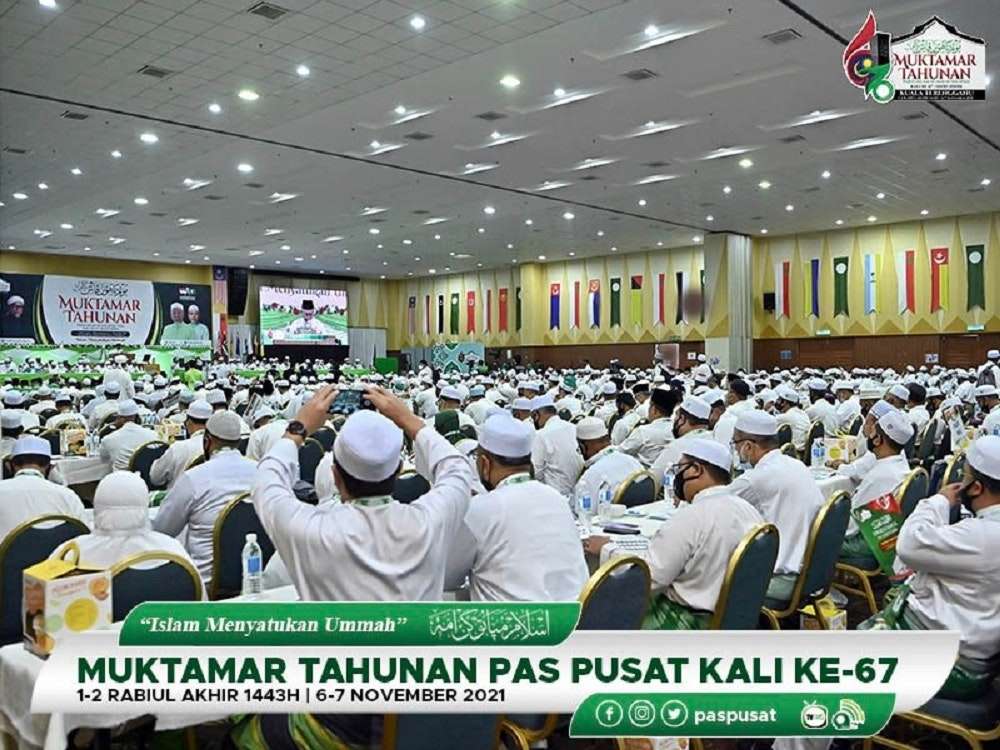 After the 2015 split between the conservatives and the progressives which left to form Parti Amanah Negara, PAS is ideologically uniformed though not without internal friction.

The latest fault-line within the party is whether to work with UMNO (Barisan Nasional) or with Bersatu (Perikatan Nasional).

Decisions could not be reached at its Central Committee level thus had to be “elevated” to Majlis Syura Ulama (Ulama Consultative Council), and eventually handed back to President Datuk Seri Hadi Awang to make the call.

For this coming Melaka state election, Hadi pushes the party to side with Bersatu/Perikatan Nasional, with PAS contesting under the PN symbol.

How it all began

PAS was formed in 1951 by religious leaders in UMNO who were unhappy with its leaders’ secular tendency, and particularly irked by UMNO’s decision to issue a welfare lottery. Among its earlier leaders include former Prime Minister Tun Abdullah Ahmad Badawi’s father and grandfather, both respected religious figures.

PAS won both Kelantan and Terengganu state governments in the first post-independence general election in 1959 although it lost Terengganu through defections just two years later.

The man who played a significant role in PAS from the late 1950s until early 1980s was Datuk Asri Muda.

He was Menteri Besar of Kelantan as well as minister in the Federal Government when PAS was in a coalition with BN between 1973 and 1977. He was also PAS President for an extended period until he was deposed by the party’s Young Turks in October 1982.

I did my honours thesis on the internal divisions within PAS between 1999 and 2004. These articles of mine published in 2005 (Part 1 and Part II) explain the genesis of the Majlis Syura Ulama.

The Majlis Syura Ulama was formed to differentiate the then new PAS from Asri Muda’s leadership which the Young Turks condemned as assabiyah. Although the term has a few meanings, the radicals defined it as being obsessed with the Malay race rather than delivering greater goods for Islam.

Hadi was one of the key figures of the 1982 uprising. He was then a popular 35-year-old firebrand orator. He is most remembered for a sermon in 1981 dubbed as Amanat Hadi (Hadi’s religious command) which accused UMNO leaders and members as being kafir (infidels). Amanat Hadi is commonly deemed as the beginning of PAS’ radicalisation.

The late Tok Guru Nik Abdul Aziz Nik Mat tried to moderate the image of PAS after the party won power in Kelantan in 1990, and Datuk Fadzil Noor, as party president from 1989, boldly recruited many young professionals and fielded them as candidates.

Fadzil’s gambit in the 1999 general election saw PAS winning 27 parliamentary seats, the biggest gain ever that has yet to be surpassed. Fadzil’s project to mainstream the party however ended with his premature demise in June 2002.

Hadi’s prominence in PAS in the last 39 years, of which he is the party’s president for the last 19 years, is now a liability rather than an asset to the organisation.

Under Hadi’s leadership, PAS dumped the progressives at its party election and caused the demise of Pakatan Rakyat in June 2015. It also flirted with UMNO and Datuk Seri Najib Razak when the then Prime Minister was hit by the 1MDB scandal.

The party eventually coordinated an across-the-board three-cornered battles with UMNO and Pakatan Harapan.

The intention of the three-cornered fights was to absorb Malay voters who were unhappy with Najib so that the votes would not flow to Pakatan Harapan. The grand strategy had an epic fall. Instead, it paved the way for the rise of the Pakatan Harapan government at the May 2018 general election.

PAS then gravitated to UMNO to form Muafakat Nasional in the hope of combining forces to win on a Malay-Islam platform, and later joined the Sheraton coup in February 2020 to topple the Pakatan Harapan government.

In terms of formal powers, the party is at its best barring a short stint in BN between 1973 and 1977. After Datuk Seri Ismail Sabri Yaakob took office, PAS was rewarded with both the positions of minister and deputy minister responsible for religious affairs in the Prime Minister’s Department.

Even before the Sheraton coup, the party and its leaders which used to be seen as frugal and humble, have been associated with illicit money, such as the case of its former Deputy President Nasharuddin Mat Isa, or the leaders’ flashy cars and double standards during Covid-19.

With the progressives and within the framework of Pakatan, PAS once had the chance of winning nationally even in the southern states of Negeri Sembilan, Melaka and Johor. But with the exodus of the progressives in 2015, this is no longer possible.

The harsh realities for PAS

Being in Federal Government means the party cannot burn the house down by championing racial and religious issues in a fiery tone but has to deal with legal constraints, problem solving, and managing daily affairs, none of which are PAS’ strength.

PAS is structurally forced to work with Bersatu in elections as PAS can only win in Kelantan, Terengganu, northern Kedah, northern Perak, and eastern Pahang.

The only way PAS can win sufficient seats to play the “kingmaker” role Hadi has been touting is to minimise contests in the states and areas that PAS is strong in. This makes Bersatu its logical choice as a partner as Bersatu is likely to concede most seats in the Peninsula East Coast to PAS.

UMNO would have a different set of considerations. UMNO would want to challenge PAS in Kelantan and Terengganu rather than ceding those seats to PAS.

With PAS having been in office since 1990 and showing signs of decay, Kelantan could fall to UMNO. There is also no guarantee that PAS could hold Terengganu.

An important point to note is the fact that PAS won massively in Kelantan and Terengganu in GE14 by adopting Pakatan Harapan’s platforms and campaigning against Najib and UMNO.

However, PAS has lost its marbles as a political brand, ironically at the height of its formal power through its presence in the Federal Government.

I can only see PAS winning no more than 10 parliamentary seats in the next general election, and may even lose the state governments of Kelantan and Terengganu to UMNO.

UMNO is expected to gear up for Kelantan and Terengganu as it has yet to find a formula to win across racial lines in West Coast states.

The irony of GE15 is that UMNO could still win around 65 parliamentary seats in the Peninsula but not necessarily wrestling them from Pakatan Harapan parties, but at PAS’ expense.

As PAS just concluded its 67th Muktamar (congress) and party election, delayed from 2020 due to Covid-19, in Kuala Terengganu on Sunday 7 November, without much changes in leadership, it will continue to face the harsh realities of dealing with PN and BN, especially its old foe UMNO.

Previous PostBudget 2022: The devil is in the details
Next PostThe Melaka state election is a choice between a good and bad government