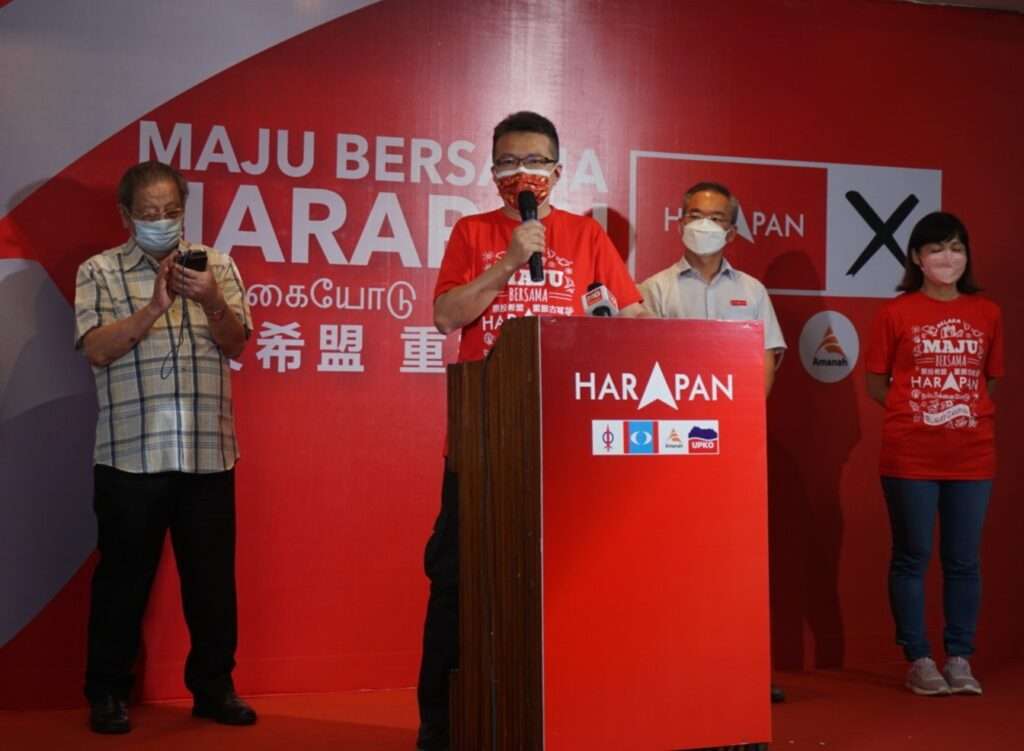 My team and I have been in Melaka for most parts of the week, and will continue to be this week until polling day on 20 November. It has been a very difficult campaign as candidates and campaigners are barred from physical campaigning.

It is also difficult for UMNO, a mass party that used to claim to have 3.5 million members, which is nearly 20 percent of Malaysia’s adult population. One would think that such a number would translate into a huge number of votes.

However, many adults, including UMNO supporters, are not registered as voters and even if they were, they had not been voting. That is going to change with Undi18 and automatic registration of voters which hopefully will become a reality by March.

In the meantime, the Sarawak state government is rushing for a year-end December state election because it doesn’t want to deal with the uncertainty the new voters would bring.

The ancien regime, whether in the peninsula or in Sarawak, prefers to have only its hardcore supporters and party members as voters. Essentially, UMNO and its Sarawak coalition partner, GPS, thrive on suppressing voters’ registration and voters’ turnout.

Hence, before Undi18 and automatic registration of voters are implemented, we will have to contend with this Melaka state election.

Most seats have less than 20,000 voters each and from most feedback, voters’ turnout is expected to be low, in part because of disappointment with politics in general, with Perikatan Nasional, Barisan Nasional and Pakatan Harapan, and fear of new Covid-19 wave.

I don’t think anyone could easily predict the outcome of this election as the result hinges very much on voters’ turnout. The more voters – young and first timers, outstation Malays, and non-Malays – come out to vote, the less weightage UMNO vote bank would have.

In the 2018 general election, Pakatan Harapan won on the back of huge turnout from among young voters, Malay outstation voters and non-Malay voters whereas UMNO depended on its older, hardcore voters who were mostly resided in Melaka.

A general rule of thumb is that Pakatan probably has 8 – 10 seats in its column while UMNO has another 8 – 10 seats on its side of the ledger. Of the total 28 seats in Melaka, a small swing in 10 – 12 battleground seats would decide the outcome.

This simply means every vote counts.

The BN vs PN era

Malaysia has entered a period in which the old dominant party UMNO has lost its ways. The quarrel between UMNO-led BN and Bersatu-led PN is damaging both coalitions’ chances in Melaka.

UMNO doesn’t have a new leadership to offer Malaysians. The party is very much stuck with Datuk Seri Ahmad Zahid Hamidi and Datuk Seri Najib Razak, both heavily tainted with corruption charges.

Both believe Malaysia needs a paternalistic core party in government despite such an idea was rejected by majority of Malaysians in GE14. Malaysians no longer need the arrogant hegemon that is UMNO.

These UMNO leaders still failed to realise that the source of political instability in the past three years stemmed from the idea that UMNO must be the taiko, the only ruling party even if it had lost the general election.

It did exactly that after losing GE14. UMNO aligned itself with PAS to fan Malay sentiments to burn the house down.

It worked, for a short while. Pakatan Harapan was toppled by the Sheraton coup but UMNO engulfed itself in a battle with Muhyiddin’s Bersatu as well as PAS, and an endless internal feud, including bringing down its own government in Melaka.

So far, UMNO seems to have the upper hand in the Melaka state election but Bersatu and PAS may be able to eat into some of UMNO’s vote share.

Voters are also witnessing strange things coming from both UMNO and Bersatu. Muhyiddin is talking about anti-corruption pledge while Melaka UMNO’s poor reputation on good governance stinks in the minds of the voters across ethnic lines.

Najib has become UMNO’s mascot in this election while the Bersatu is gambling on Muhyiddin’s Abah image. I am told that Bersatu is basing its decision on some survey that Muhyiddin is still popular among the rural community.

Why would UMNO and Bersatu use the image of a convicted ex-PM as well as failed ex-PM, respectively? The answer is simple– both parties are having problems with their state leadership.

Barisan Nasional has named Datuk Seri Sulaiman Md Ali as its Chief Minister’s candidate. But I had heard that Datuk Seri Ab Rauf Yusoh, the Melaka UMNO Chairman, has been promised the post after GE15. This means Sulaiman would have to contest a parliamentary seat by then.

Rauf is not popular among Melaka voters. In a Bernama TV interview on 11 November, he had to clarify that he was neither a dragon, crocodile, lion nor tiger of Melaka – which was not a term of endearment for him, of course – as accused by his detractors, including those within UMNO.

Perikatan Nasional has a similar problem. It has yet to announce its Chief Minister’s candidate but two names keep on coming up – the controversial Datuk Mohd Rafiq Naizamohideen and the more palatable and popular female politician Datuk Mas Ermieyati Samsudin who is also a federal deputy minister.

This is where Pakatan Harapan’s Chief Minister’s candidate Adly Zahari stands tall among all other hopefuls. As the former Melaka Chief Minister before his government was toppled in 2020 with the help of turncoats such as Rafiq and a few others, Adly is likeable and popular with the grassroots.

If he could convince the swing voters with his credentials and clean records, he may well be Pakatan Harapan’s best chance in the final lap of the campaign this week.