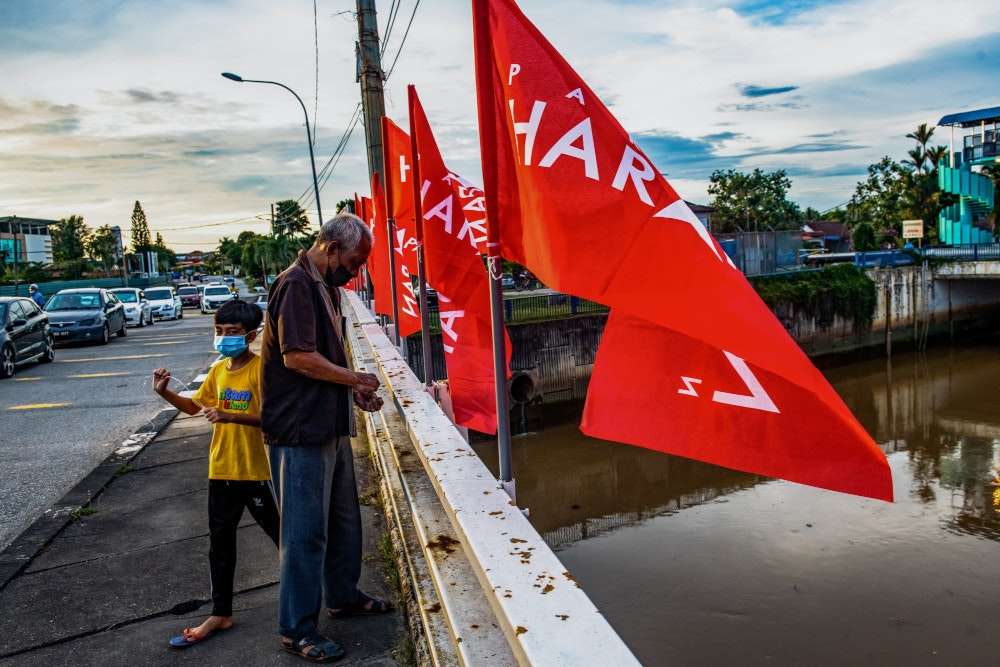 The Melaka state election produced a winner in the name of Barisan Nasional, while cementing a three-cornered fight party structure, which will be harder to disentangle in the months leading up to the next general election.

Barisan Nasional won 21 out of 28 seats while Pakatan Harapan won 5 and Perikatan Nasional 2, giving the winning coalition a two-thirds majority to govern. However, diving deeper into the results will give us a more nuanced understanding of what is ahead.

I predicted that PH would have 8 seats on its column with the assumption that DAP would win Duyong and Pengkalan Batu. Both are urban seats with the former having 60% Malay voters while the latter 65% Malay voters. However, DAP lost Duyong with 200 votes and Pengkalan Batu with just 131 votes. I also thought PKR would win Paya Rumput, which the party eventually lost with 629 votes. In the end, PH won only 5 seats.

The Melaka state election is a story of small constituencies with very intense multi-cornered battles. In the 2018 general election, the margin in the 10 swing seats was a total of less than 5,000 votes. UMNO won 7 seats with a majority of less than 1,000 votes while Pakatan won 3.

These results clearly show that the fate of these seats could be easily reversed and UMNO’s win is not as convincing as the number of seats won suggests. A less restrictive physical campaign and a different tactical arrangement by various coalitions in each of these seats could have resulted in a very different outcome.

PN has a bigger share of votes than I had anticipated. In the simplest terms, the Melaka election saw BN having similar vote share while PN took a huge chunk from PH when voter turnout is much lower, when compared with 2018.

It is not difficult to see that UMNO gained its victory by utilising its machinery to mobilise hardcore voters but did not gain much new ground while PH lost ground to PN-Bersatu, not to UMNO.

Anecdotal and polling findings found that Malay swing voters, especially younger voters, who are against UMNO floated towards PN as an alternative. The grand old party UMNO is not gaining any new momentum, actually.

PN is making an unmistaken imprint on Malaysian politics via the Melaka election. The victory in N.11 Sungai Udang is a real surprise. This seat with more than 40% military voters has always been UMNO’s strongest of strongholds. The very sizable votes PN won from military voters in this seat illustrates the complications of the political scene.

The UMNO troika of Najib Razak-Zahid Hamidi-Mohamad Hassan has pushed a very hard-line approach to eliminate Bersatu from the political equation but the Melaka election has provided a lifeline to PN.

PN had received 24% of vote share in the southern states where PAS does not have much presence.

In the Malay-belt states of Kedah, Kelantan, Terengganu, northern Perak and eastern Pahang where PAS has a larger presence, PN may be able to put up a much stronger fight against UMNO.

The Melaka election result is unlikely to bring UMNO and Bersatu closer. The UMNO troika is pushing for an early election, as indicated by Datuk Seri Mohamad Hassan’s statement. They will continue to pressure Prime Minister Datuk Seri Ismail Sabri Yaacob to dissolve parliament as soon as the first quarter of 2022.

Ismail Sabri, Defence Minister Datuk Seri Hishammuddin Hussein, Communications and Multimedia Minister Tan Sri Annuar Musa, and a few other UMNO leaders are among those seen not to be in sync with the troika-led UMNO core leadership. Ismail would certainly not want to dissolve parliament so early into his tenure.

If the UMNO troika doesn’t get their way at federal level, will they push for state level elections in states they control, such as Johor or Perak?

When UMNO pushes Ismail, what would he do? What would other parties do? That’s the question.

The Melaka election may have resolved the state political dilemma, for a while, but it opens the door to bigger problems at the national level, including the relationship between BN and PN, as well as the future of PH.