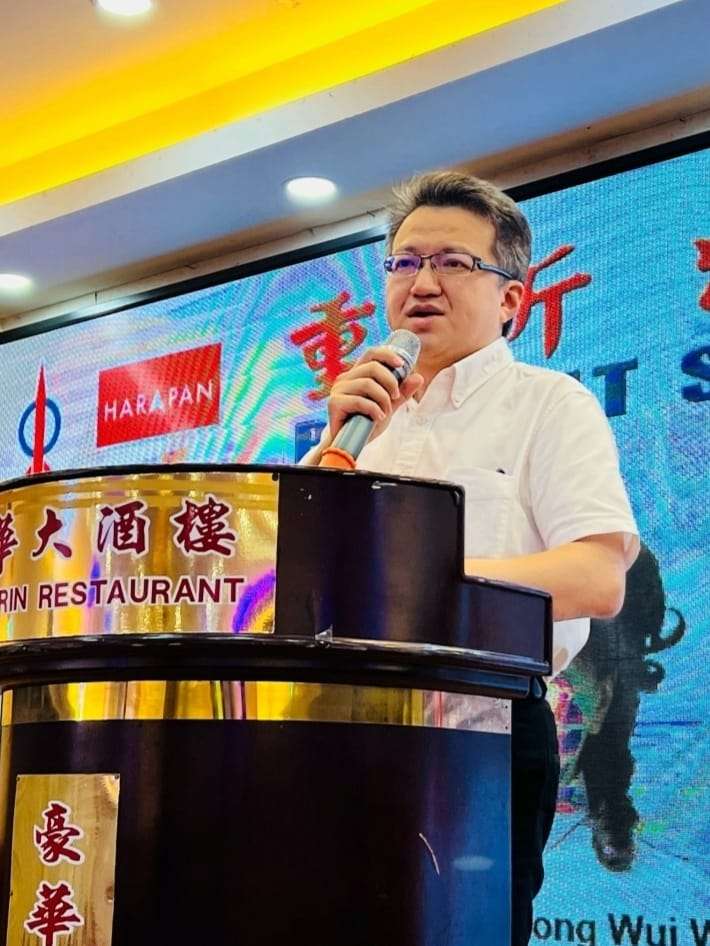 He held the fort and helped propel DAP Sarawak to great victories in 2006 and 2011. Although DAP suffered setbacks in the 2016 and 2021 Sarawak elections, we made sterling electoral gains together with PKR during the 2018 general election to give Pakatan Harapan a simple majority.

On election night on 9 May 2018, Pakatan Harapan won 98 out of 165 peninsula seats, 6 in Sabah, and 9 in Sarawak. These 113 seats gave Pakatan Harapan a simple majority, which came to be a historic milestone in Malaysian democracy – a change in government.

I wish DAP Bintulu well. I hope Bintulu will lead the way to energise the ground, as it once had in 2001, and win the parliamentary seat for DAP in the upcoming general election.

There is now a massive tussle between Prime Minister Datuk Seri Ismail Sabri Yaakob and UMNO President Datuk Seri Ahmad Zahid Hamidi over when to call the general election.

The UMNO leadership wants the election to give former Prime Minister Datuk Seri Najib Razak and Zahid a “get-out-of-jail pass” while Ismail wants to wait.

While the UMNO leaders fight, I urge Gabungan Parti Sarawak, which is part of the Ismail Sabri Government, to ensure that every Sarawakian gets to vote, regardless of which part of Malaysia they are in.

Each time there is an election, Sarawakians working in the Peninsula in search of better livelihoods have to struggle with a painful decision: to take leave for a couple of days to fly back to Sarawak to vote or to abstain from voting.

Due to the lack of opportunities and low wage in their home state, many Sarawakians have no choice but to work in other parts of the country. It is high time that the federal government give Sarawak her deserving attention and resources. To have more Sarawakians vote and make their voices heard will ensure that the future federal government pays more attention to the aspirations of the people of Sarawak.

Voting is the right of a citizen. It is the responsibility of the government to ensure all citizens get to vote freely and unencumbered.

The government should utilise existing mechanisms to facilitate outstation Sarawakians to vote, saving them from the costly hassle of travelling back to Sarawak.

After the 2018 general election, the Election Commission has regularly fixed polling days on Saturdays.

Early voting (undi awal) happens five days before polling day, currently mainly for security personnel and election workers to cast their votes. Thus far, there are rarely complaints about the integrity of the early voting mechanism.

There is also the postal vote (undi pos) mechanism which has glitches in terms of timing, but can be considered, improved and adapted for allowing Sarawakians to vote remotely, no matter which part of Malaysia they are in.

It is the duty of Gabungan Parti Sarawak to ensure each and every Sarawakian has the opportunity to vote in a free, safe and accessible way during elections. As an indispensable part of the Ismail Sabri Government, we believe that GPS will have no problem in delivering this game-changing reform before the next general election.