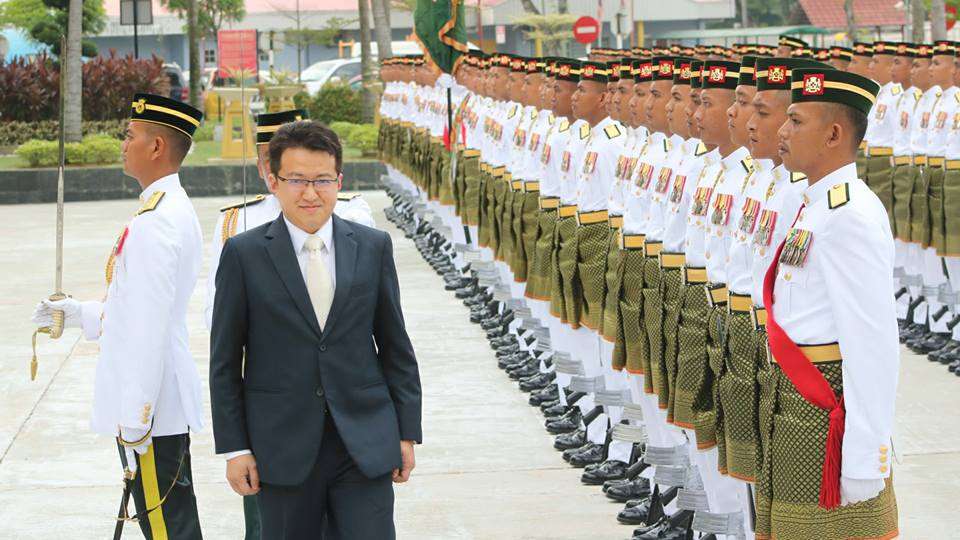 I WAS sworn in as deputy defence minister on July 17 last year. Friends and colleagues often ask me: “What do you actually do at Mindef? Nothing much, right? You must be quite free, right?”

I also often joke with members of the armed forces I meet: “Your mother-in-law probably doesn’t know what you do, right?”, to which most of them laugh and agree.

Recently, an ex-politician called for demilitarisation and for members of the armed forces to perform labouring tasks that others won’t do.

“Since Malaysia is not going to war under whatever circumstances, the armed forces might as well make themselves useful to society by contributing such services”, or “Women armed forces personnel can help clean up houses and conduct courses for housewives to improve standards of hygiene and enhance their living comfort”.

This, to me, epitomises the lack of understanding of the role of the armed forces by the public, even political leaders.

Strangely enough, while many think that the military has nothing much to do, they recognise the effectiveness and efficiency of the armed forces in carrying out assigned duties.

The military is expected to be the first responders in handling domestic issues, from tiger poaching to halting irregular migrants and patrolling airports.

In other Southeast Asian states, the military has played a major role in running the country, though often not producing the best outcomes for the people.

In the Philippines and Indonesia, the political importance of the military became less apparent only in recent decades, since democratisation in 1986 and 1998 respectively.

In Thailand, Myanmar, Laos and Cambodia, the government consists of strong military elements, while in Vietnam, the Communist state and the military are intertwined.

Singapore has, since its independence, invested heavily in its national service. Hence all male adults, who would have served via mandatory conscription, have some understanding of the armed forces through first-hand experience.

In Malaysia, civilian rule of the armed forces is established, and proven in the peaceful transition of government on May 9 last year.

The country is a unique case in Southeast Asia and its position is closer to the role played by the armed forces in mature democracies, such as the United Kingdom and Australia.

It is thus, important for us to define the role of the armed forces vis-a-vis other civilian security forces and to ensure that all agencies work hand in hand to complement each other’s functions.

In the Malaysian security structure, the police are a singularly centrally commanded force, unlike in many other countries.

In Australia, for instance, community policing and crime prevention are a state function.

The Malaysian police are effectively a paramilitary force.

In Thailand and Indonesia, the police became independent of the armed forces only in the past two decades.

Structurally, our institutional arrangements serve Malaysia well. The downside to this is that Malaysians lack a common understanding of the role of the armed forces.

This can be attributed to the long peace Malaysia has had since the Hatyai Accord signed in 1989, which ended the insurgency carried out by the Malayan Communist Party.

Paradoxically, the long peace Malaysians enjoyed over the past three decades, with just several small but notable incidents, means that many of us don’t give much thought to the armed forces’ place in society.

We, however, have taken peace for granted, not realising that it is actively maintained.

Even in peacetime, the armed forces are assisting other agencies and performing tasks such as border duties, and contributing to global stability via the United Nations peacekeeping operations.

They are often the unsung heroes that provide insurance coverage to the nation.

Malaysia has held a non-aligned foreign policy posture since the 1970s, even at the height of the Cold War, and has put much more emphasis on diplomacy than on any need to showcase military might in dealing with other countries.

But this should not discount the importance of the armed forces training to be ready for any scenario of war or conflict, and to conduct what is called defence diplomacy activities with other countries.

Indeed, the primary role of the armed forces is to prepare and to train for war.

Contrary to the perception that members of the armed forces “sit in their barracks and have nothing to do”, they train daily, involving themselves in exercises, patrolling borders, going on operations assigned to them and carrying out secondary duties to provide Military Operations Other Than War (MOOTW) to civil authorities.

I spent a night on board KD Jebat and KD Mahawangsa in October last year, and that experience has reinforced my belief in providing better family housing for military personnel (Rumah Keluarga Angkatan Tentera, or RKAT).

I came to know that these ships had been sailing for more than a month when they picked me up. In fact, some ships sail more than 200 days a year.

During the sailing period, the sailors had no phone, Internet or any contact with their families.

Imagine that they had to worry about their wives and children back home, who have to struggle with leaky roofs and faulty locks and worry about petty crime in the neighbourhood.

The same goes for army personnel guarding the outposts at the Sarawak-Kalimantan border and the Malaysian-Thai border.

I visited these outposts, and saw that many of the soldiers are on operations and are away from their families for six months in a year (often on two-month rotation, if not more), and even
when they are back at their camps, they work from Monday to Friday.

The armed forces, being the most organised force in the country, should provide assistance to civilian authorities and conduct MOOTW, such as during a Humanitarian Assistance and Disaster Relief (HADR) operation.

But we need to clarify the primary and secondary roles of the military and at what stage they need to be involved.

We need to realise that the military is the last resort, not the first responders. A military man in uniform is of course a very impressive persona and this certainly has a deterrence effect on all sorts of criminals or in any disaster relief effort. What is needed, really, is for us to ensure that our civilian security organisations are so well prepared and so able that we need to deploy the military only last, not first.

Deploying the military has a cost usually unseen by the public or even government leaders. When on operations, military personnel do not really have time to dedicate to training. Being constantly in ops and not having time to train means that they won’t have the readiness needed in the event a military operation is called for.

The nation as well as the government need to have clear strategic priorities and objectives for guiding the armed forces in their actions. As a society, we will also have to shed the idea that soldiers are an advanced version of cheap labour. The truth is, it is costly to train a soldier, and rightly so as wars are increasingly sophisticated and requires highly skilled and smart soldiers. Each time we deploy them, we need to think of them as a special and highly skilled group and not as labourers at our free disposal.

During former prime minister Datuk Seri Najib Razak’s craze over Professor W. Chan Khim’s “Blue Ocean Strategy”, there were two glaring examples of clear ignorance about the role of the armed forces that we should avoid, going forward. Chan Khim wrote at length in his book “Blue Ocean Shift” about how great it was getting the Malaysian army to set up six prisons in six different camps and using the armed forces to discipline prisoners, purportedly to ease overcrowding in our prisons, without taking into consideration that military personnel are not trained as professional prison managers like the prison officers.

The other “Blue Ocean” folly was to get the paratroopers — one of the most extensively trained elite groups — to guard airports as a “show of presence” effort. I am very glad that the current government ended this foolish approach this year.

Unfortunately, the Defence Ministry in the past had been a quiet market place for past ministers to broker multibillion ringgit arms deals, buying big toys that the soldiers themselves did not actually want. The more secretive this was, the better it was for past governments. Hence, defence news only surfaced when it involves some corruption scandals, which is another reason that contributed to the public’s lack of understanding of the Armed Forces.

The Defence Ministry and the Armed Forces need to do more to explain to the public, to civil servants and political leaders, of their roles and responsibilities. One of Defence Minister Mat Sabu’s major efforts since taking office is to draft a Defence White Paper which will be presented to parliament later this year. It will help to clarify to the nation what we actually want the armed forces to do.

This is a very positive move. However, a lot more engagement is needed if we are to lessen the public’s ignorance and to guard the integrity of the armed forces.